The Spiritual Beauty of Dion

Even more US investments coming to Greece, US Ambassador Tsunis says at Economist event

Even more US investments coming to Greece, US Ambassador Tsunis says at Economist event 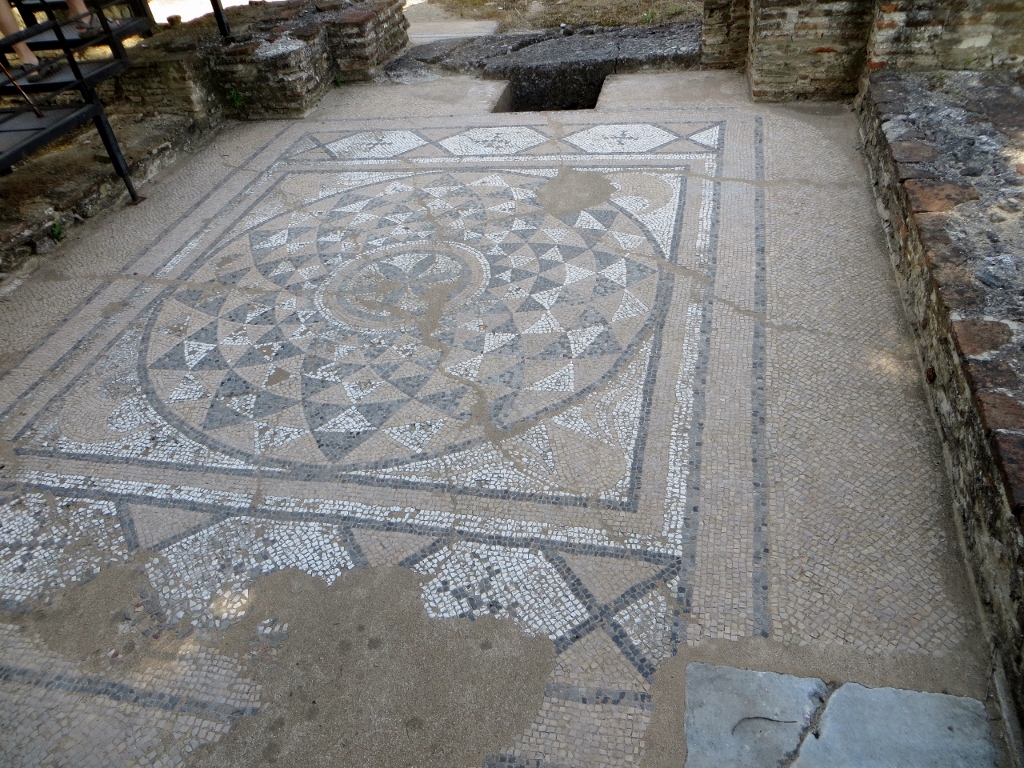 “In all things of nature there is something of the marvelous”, – Aristotle

Winter invokes memories of spring. This is the best time to explore ancient monuments. I went solo on a five-day tour of Central Greece and Macedonia arranged by Uli of Dolphin Hellas Travel Agency in Athens during late spring of 2015. The excursion was part of G.O. Tours: a conglomerate of various travel agencies pooling together their groups to form one excursion. I was with an international group of Australians, Americans, English and Western Europeans. Our guide Matina was brilliant with the finest graciousness of Greek hospitality. The enthusiasm and nature-loving Australians made the visit to the Archaeological Park of Dion (sacred city of the Macedonians, at the foot of Olympos) different from other excursions.

Baphyras was a River-God of Pieria or Makedonia in northern Greece. The River Baphyras had its headwaters on Mount Olympos in Pieria, flowing for a distance under the name Helikon. It disappeared under the earth, reappearing as the stream of Baphyras. This flowed past the town of Dion where it emptied into the Aegean Sea.1

The Dion Park’s introductory poster described its history. The peaks of Mount Olympus and the plains of Pieria are mentioned for the first time in Homer’s Iliad and in the Homeric hymn Dion, the sacred place of Zeus, are first mentioned by Thucydides. According to the ancient myth, Deukalion built the first altar in the sanctuary if Zeus after the ancient flood. Worshipped together with Zeus Olympias were the Muses, who had been born on the slopes of Mount Olympus. To honor them, an annual celebration, the Olympiad of Dion, was held. It became splendid at the end of the 5th century B.C. when Archelaos, the King of Macedonia added to the sacrificial ceremonies athletic games and theatrical contests.”

The poster continues saying “Dion was visited frequently by the Macedonian kings. They came to sacrifice to Zeus Olympios for the ceremonial purification of their army to take oaths of allegiance before the Gods and to celebrate the army and the people.  In the same place, King Phillip II celebrated the glorious victories and Alexander the Great starting out his campaign to Asia sacrificed to Zeus. Royal text inscriptions were set up in the sanctuary of Zeus Olympos. There too stood statues of the kings and the statues of the 25 noblemen who fell in the battle of the Granikos (Alexander’s decisive Persian War battle in Asia), a work by Lysippos. Dion flourished during Hellenistic and imperial times. Its last phase was in the 4th century A.D. After this, the city declined. Repeated earthquakes threw its buildings into ruin, obliging its inhabitants to abandon their homes.

Another poster explained that “near the waters of the Baphyras river on top of the sacred springs, the ancient inhabitants of Dion built a sanctuary devoted to Aphrodite, as the Goddess of the foothills of Olympus. And Artemis as the goddess of childbirth. In the 2nd century B.C., Artemis was succeeded by the Egyptian goddess Isis. Alexander the Great held her in the highest esteem.

“The Odium of the Great Thermae” dates at the end of the 2nd century A.D. It is the last one of the building for public spectacle”, states the poster. It was a small roofed theater with a capacity of 400 spectators. The building was destroyed in the middle of the 3rd century A.D. by a powerful earthquake and followed by a fire.

I was impressed with the mosaics of the “Great Baths”. They were constructed in the last decades of the 2nd century A.D… An early Christian graveyard, a cemetery basilica of the 5th century, fortification walls. Were other sites.

Leo and Debra, who knew about nature, described to us animals, natural flowers and vegetation. There were dogs who kept us company in the ruins. The Walnut, cherry and poplar trees, dragon flies, butterflies, turtles, frogs, snakes, poppies, roses were part of this unspoiled paradise. The nature walk with guide Matina and our group was a wonderful climax to a great tour.  We enjoyed camaraderie and discovered the natural beauty of Olympos.

Americans will be given the opportunity to see the civilization of Dion for free in New York City. From March 24 through June 18, 2016, the Onassis Cultural Center NY a will present the exhibition Gods and Mortals at Olympus: Ancient Dion, City of Zeus, exploring the relationship between daily life in a city built on the slopes of Mount Olympus and the mythological abode of the gods at the peak. The Alexander S. Onassis Public Benefit Foundation (USA)is located at 645 Fifth Avenue, New York.2  Seeing the natural, unspoiled beauty of the Mount Olympus area brings to life why Greeks viewed Mount Olympus as the “Home of the Twelve Gods”