The state of the economy and business: The role of immigration 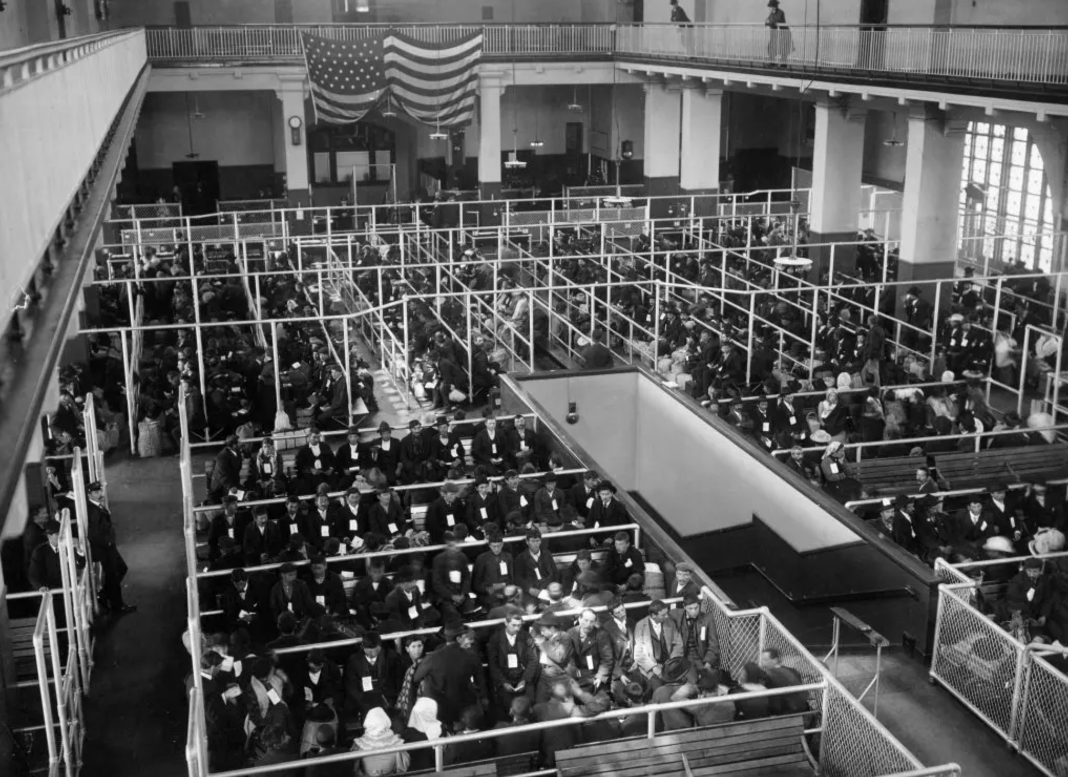 By Demetrios Giannaros, Ph.D. in Economics

President John F. Kennedy in his 1964 published book, A Nation of Immigrants, discussed how America has always been a nation of immigrants. This, of course, is true when one examines the patterns of our demographics for the last 400 years and, probably, before then with the movements of Native American populations. Since the arrival of the Europeans in the US, almost all world nationalities have migrated to the US at one time or another. This includes hundreds of thousands of Greeks who, based on historical evidence, migrated to the US as early as 1528 with the arrival in Florida of Theodoros Griego (“The Greek” as the Spaniards called him). A statue of him stands in Clearwater, Florida. This continued immigration into the US has propelled America to be the greatest economic and political power of the world. From an economic point of view, the need for continued immigration is even greater today.

The US, like many countries, has seen a massive inflow of migrants coming from all around the world since and before its founding as an independent country. Today, it is estimated that we have about 45 million (NewAmericanEconomy.org) immigrant residents in our country. Why would we welcome them and why would they come?

Humans are by nature always trying to provide for themselves and their families and to improve their wellbeing by seeking new opportunities. In economics, we call it mobility of resources (labor, capital, technology, and entrepreneurship) seeking better economic returns. Historically, nations that welcomed economic resources from other parts of the world have operated more efficiently, became more productive, increased their income and standard of living more substantially, and created more wealth for their residents.

The US is one of the best examples. In order for our economy to produce and generate employment, income, and wealth, it has to have labor, entrepreneurs, technical know-how and innovations, and, of course, physical capital (machinery and equipment) provided by investors. Over the last few centuries, the inflow of migrants from around the globe has provided all the aforementioned resources to complement available domestic resources. In many cases, immigrants were blue-collar workers in need of work or better work conditions. In other cases, they were doctors, scientists, entrepreneurs, inventors, or simply investors looking for better returns on their investments. Many came here to provide better opportunities for their children to thrive and contribute to this great multi-ethnic/racial/religious welcoming nation. We became the envy of the world, partly because of our political system, but mostly because we became the most successful economy in the world.

My family of seven (five children 7-15 years old) immigrated to Boston in 1964 from Samos, Greece partly to join my father’s mother and two sisters but mostly because my father’s business had burned down in Samos and he needed a new beginning to provide better opportunities for all five children. From day one, all seven of us worked hard. Four out of five children did college studies while working in the family business and all have been professionally and financially successful. This is what the US is all about – the land of opportunity that allows people from around the world to give their best and, in the process, help make the US a standout among nations.

However, with all that we have gone through in our country in recent years, some have forgotten the true contributions of immigrants. While immigrants represent 14% of the population, they represent 23% of the workers in science, technology, engineering, and math (STEM). We literally have had millions of scientists, doctors, inventors, entrepreneurs, professors, artists, movie stars, and people from all walks of life, in addition to many laborers, from around the world joining this great American experiment and making their contribution to society right here.

Let me mention a few exceptional immigrants here that are changing the world. Today we have people like Greek-born and educated, Dr. Albert Bourla, the CEO of Pfizer who is known worldwide for successfully producing the first COVID-19 vaccine. Dr. Kariko Katalin (Hungary), developed the mRNA technology used in this vaccine and Stephane Bancel (France), the CEO of Moderna, another leader in COVID-19 vaccines. These immigrants are literally saving millions of lives. Some others in the world of internet and technology are Surgey Brin (USSR), the founder of GOOGLE; Steven Chen (Taiwan) and Jawed Karim (Germany), cofounders of YOUTUBE; and Elon Musk (South Africa), founder of Tesla, Space X, and PayPal. These contemporary immigrants are joined by Nobel Prize winners like chemist Mario Molina (Mexico); physicist Subrahmanyam Chandrasekhar (India) and most famous of all – Albert Einstein, a refugee from Germany.

Looking ahead, as the US population is aging and baby boomers are retiring in massive numbers, the need to replace labor, entrepreneurship, and technology (scientific and innovative knowledge) will be unprecedented over the next fifteen years. It is obvious that immigration will have to increase to keep our economy vibrant and competitive worldwide. There are truly no other real options given our demographics.

Trends over the last ten years show us that the rate of growth of immigrant entrepreneurs has been twice that of native Americans whose rate is continuing to decline. Also, nonwhites now represent close to 50% of all new US entrepreneurs (source Current Population Survey). More importantly, about 75% of our current immigrants and refugees are in the 25-64 working-age bracket. Whereas, for the US-born, only about 50% are now in the same work age bracket and declining.

So, who will do the work to keep the economy healthy, competitive and pay the benefits to a massive class of retirees? No choice. We need more immigrants over the next few decades regardless of the political rhetoric or ethnic and racial biases that exist. If not, our standard of living will drop dramatically. That is not the future we want for our children.

Demetrios Giannaros, Ph.D. in Economics. Prof. Giannaros is a business investor and economic consultant. He has taught economics, public policy, and business studies for 35 years at Boston University, Suffolk University, and the University of Hartford. He served for 16 years as State Representative, Deputy Speaker, and Deputy Majority Leader in the CT House of Representatives. For 7 years in the 1990s, he was Director of the US Consortium of Management Education in Central and Eastern Europe assisting in the transformation of these countries to a market economy after the collapse of the communist system. The project was funded by the USIA, the USAID, and the Mellon Foundation. Dr. Giannaros has been published widely in economic/business journals and print media, in addition to interviews on radio and tv.

Previous articleWarren Buffett and the Omogeneia
Next articlePontikas and Pontikos: The two Greeks who achieved world soccer records!