PM Mitsotakis meets with visiting US House of Representatives delegation

PM Mitsotakis: Despite the adversities, the country is moving forward 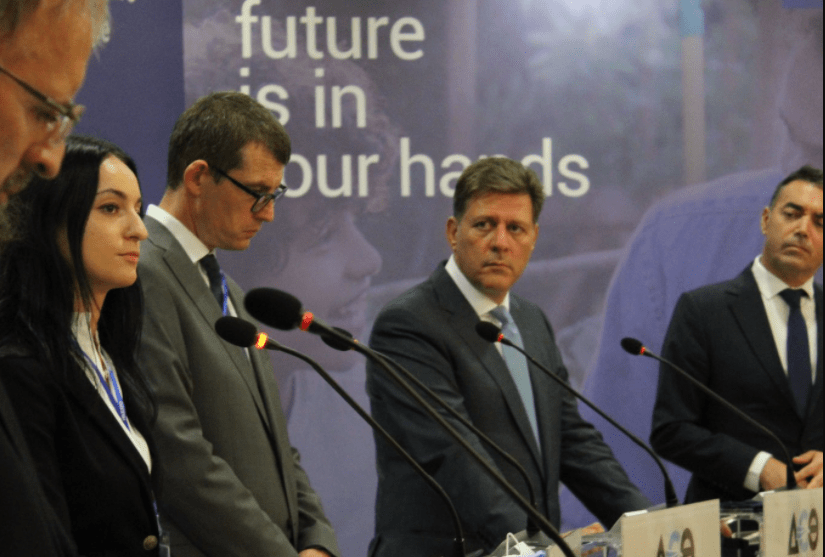 “The Western Balkans must move towards accession, in order to create what the people who have built the European edifice have always hoped, for Europe to become a continent of peace, cooperation and prosperity,” said the Deputy Foreign Minister for European Affairs. Topics, Miltiadis Varvitsiotis after the completion of the ministerial meeting held at the Vellideio conference center of TIF, in the context of a special event entitled “The Western Balkans participate in the dialogue on the future of Europe – (The Western Balkans join the dialogue on the future of Europe)».

“Greece invites the Western Balkans to the dialogue on the future of Europe and today, with the presence of the Ministers of Foreign and European Affairs of all the countries of the Western Balkans, we join our voice from Thessaloniki on the need for the Thessaloniki agenda, which was enlargement. Europe to the Western Balkans to be put into practice, through honest dialogue, through the resolution of bilateral issues. We had an excellent opportunity not only for the meeting, but also for the exchange of views, an open dialogue for the future of Europe and the region “, stressed Mr. Varvitsiotis.

In the press conference that followed the completion of the closed meeting, Mr. Varvitsiotis called the ministers to the podium, emphasizing that Greece has always been committed to the prospect of enlargement of the European Union and the accession perspective of the Western Balkans with a view to completing the EU. .