MY THOUGHT OF THE DAY:  EU-IN or OUT? 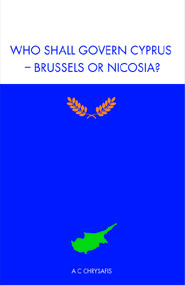 If there is one thing that really gets me its political hypocrisy. On June 23, the British people will decide the fate of their country and vote in a Referendum to either remain IN or get OUT of the EU. It would be the most important decision they would ever make! Will the final result change people’s lives? Very doubtful! Things may change but for most people it would make no difference at all – just like changing one government with another!

The outcome of this Referendum cannot be underestimated but there are greater stakes at hand. If the UK chooses OUT it may trigger the ultimate break up of the EU institution and that’s precisely what the EU establishment is afraid of the domino effect on others. Millions are being spend by the banks, the EU and global multinationals anxious to convince the public with misinformation and scaring tactics. If Britain decides to get out, the US/EU-inspired secretive Transatlantic Trade and Investment Partnership (TTIP) would also be put in jeopardy and that would not do! Even ex-Prime Ministers are on the bandwagon hired by the EU preaching doom and gloom with dire consequences if Britain gets out.

What is ironic and most hypocritical, the President of Cyprus Mr. Nicos Anastasiades has also climbed on the same bandwagon and joined the IN campaign frenzy. He has given an interview on London’s LGR radio urging all Cypriots living in the UK to vote in favour for Britain to remain in the EU.

How can a foreign President justify urging British-Cypriots take a political stand on such a crucial issue when his own government does not allow those same Cypriots and Refugees in Diaspora to vote in a Referendum on the proposed Bi-Zonal, Bi-Communal Federation (BBF) in Cyprus? If that is not hypocrisy I don’t know what it is.

In my opinion the UK will be better off leaving the EU. A few years back, I have published a two-year study on the subject and most of my predictions about Cyprus’s EU relationship have been realized to the letter.

Britain should regain back its sovereignty and once OUT, it would then start to govern the country for its own people like it did for hundreds of years before it was duped by petty-politicians to join this failed undemocratic and unaccountable EU Institution. Brexit it’s the right thing to do! A Cyprexit in the future would also not be a bad thing either!