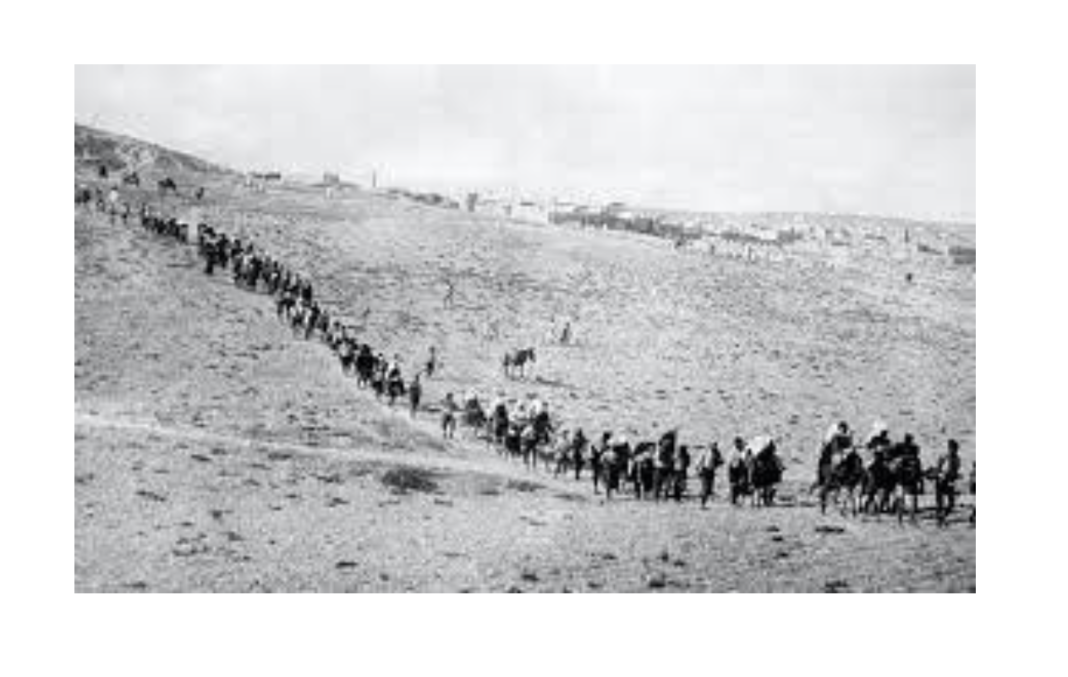 In the Turkish city Trabzon, where few Christians are left, St. Maria Catholic Church has suffered its second attack this year. A gunman shot at the church on March 6, but there were no causalities because no one was inside at the time. The congregation is the only active one in Trabzon and has barely a dozen members.

International media first noticed St. Maria on February 5, 2006, when Oğuzhan Akdin murdered Father Andrea Santoro, an Italian Catholic priest who served there. In 2011, it emerged that the police had tapped Santoro’s phones for three months before his murder. Authorities had marked him as a suspect active in “separatist activities based on the Pontian Greek idea,” that is, establishing a Greek Orthodox state in the Black Sea area.

The name of Pontians (or Pontic people) derives from the Greek word “Pontus,” meaning “the sea,” and refers to the Greek population that lived for three millennia in the Black Sea coastal cities, which are now in northern Turkey. The first Greek settlements appeared in the region as early as 800 BC, and many renowned Greek philosophers, such as Diogenes and Strabo, were born here. Trabzon, historically known as Trebizond, is also located in Pontus.

Mentioned three times in the New Testament, Pontus is central to the Christian faith, and Pontians were some of the very first converts to Christianity. According to the Pontian Greek Society of Chicago, Andrew the Apostle was the first Christian preacher in the region, and after his ministry the religion quickly spread across the area.

However, Anatolian Christianity began to decline in the eleventh century. In 1071, Turkic jihadists from Central Asia invaded the Armenian highland, which was then part of the Greek-speaking, Christian Byzantine Empire. In 1204, Pontians established the Greek Empire of Trebizond centered in Pontus. After the Ottomans established a state in western Anatolia in 1299, they escalated their attacks on surrounding regions. The Byzantine Empire ended when Constantinople fell in 1453, and then in 1461 the Ottomans invaded Trebizond and forced Christians to convert to Islam. Under the new rulers, Christians and Jews became “dhimmis,” third-class citizens forced to pay a tax in exchange for “protection.”

But the most destructive blow to Greek and other Anatolian Christians was the 10-year genocide that took place before, during, and after the World War I. This crime was part of the mass annihilation that exterminated around three million Armenians, Assyrians, and Greeks in Asia Minor between 1914 and 1923. The International Association of Genocide Scholars (IAGS) has recognized the Ottoman campaign against Christian minorities during that period as genocide.

In a campaign reminiscent of the Armenian genocide that was being perpetuated at roughly the same time, the Pontic Greeks suffered innumerable cruelties at the hands of the Turks. An estimated three hundred fifty-three thousand Pontic Greeks died, many on forced marches through Anatolia and the Syrian Desert just like the Armenians. The destruction of the Pontic Greeks, and the forcible deportation that followed, had but a single planned outcome: the removal of all Greeks from Turkey… In another parallel with the Armenian situation, successive Turkish governments have denied that the Pontic genocide ever occurred.

The Ottoman government and the military forces led by Mustafa Kemal Atatürk massacred and deported not only Pontian Christians but also other Greeks across Anatolia and Thrace. Scholar Vasileios Meichanetsidis writes that this genocidal campaign was “an attempt at a total restructuring of Ottoman society and the creation of a Turkish Muslim national state.” According to various sources, approximately 1 million Ottoman Greeks perished during this period. Turkey then exiled those who survived as part of the population exchange between Greece and Turkey in 1923. Pontian Greeks now reside in Greece, the United States, Russia, Germany, Australia, and Canada, among other countries.

However, many Greeks converted to Islam in order to continue living in their ancient homeland. A descendant of one of those families is Ibrahim Yaylalı, a former Turkish nationalist from the Black Sea city of Samsun. When he discovered his Greek roots, Yaylalı legally changed his Turkish name and became Yannis Vasilis Yaylalı. He then wrote extensively and spoke about the Pontian Genocide until his arrest on April 22, 2017, for his articles and social media posts. While in prison in Elazığ, he recently sent a letter to his partner, Meral Geylani, and said that prison guards had battered him twice.

Ninety-five years have passed since the Pontian Genocide, but the Turkish government continues to erase the few remaining Christian religious and cultural artifacts in the region. For example, Trabzon’s historic Hagia Sophia, the third and youngest of Turkey’s Hagia Sophias, is now a mosque. The Ottomans first converted it into one, and in 1964 Turkey turned the building into a museum. Since 2013, however, it has been a mosque again. Christian symbols in the church have been damaged or destroyed, and curtains create a separate section for women inside.

Today, only 0.2 percent of Turks are Christian as a result of continued persecution like the genocide, converting churches into mosques, and attacking the remaining churches. While previous regimes completed the physical annihilation of Christians in the region, attacks on the few remaining Christian symbols in the country continues.

Uzay Bulut, a journalist and political analyst born in Turkey, is currently based in Washington, DC. She is an associate fellow of the Philos Project. Her journalistic work focuses mainly on Turkey’s ethnic and religious minorities, political Islam, and the history of Turkey.  Follow her on Twitter: @uzayb.

Correction: In the sixth paragraph, the phrasing was changed from “10-year Pontian Genocide” to “10-year genocide.”