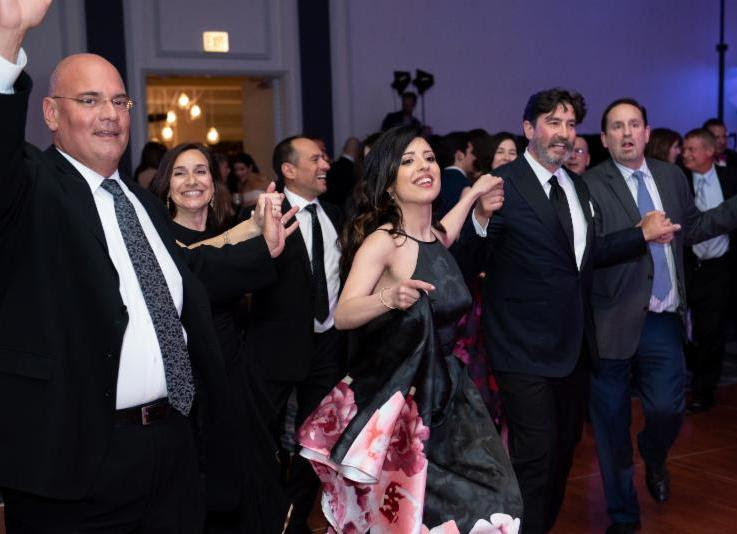 At our annual gala on Saturday, May 12, at the Chicago Marriott Downtown, the National Hellenic Museum and more than 500 Greek Americans and friends from across the country raised more than $800,000 during the night of auctions, live music, dancing and celebrating the legacy of Hellenism. The philanthropic support from the evening benefits the tens of thousands of museum visitors, with 83 cents of every dollar spent on programming.
The event was emceed by WGN’s Very Own Dean Richards with live musical stylings by the Chris Sarlas Orchestra, with George Dimas and Voula Karahaliou, and The Levendes, featuring singer Nikos Koutras.
“What a wonderful night it was with so many elegant attendees, the spectacular live music, and of course, the great generosity of our donors,” said Dr. Laura Calamos, President of the National Hellenic Museum. Celebrity emcee Dean Richards thanked the mothers in the room, recalling the importance of his own mother and yiayia to his upbringing. Cubs Legend and National League All-Star, Ryan Dempster wowed the crowd by offering signed jerseys to bidders in the live auction. One attendee exclaimed: “The dance floor was packed with 10 lines of Greek dancing circling all around! This was definitely one of the best galas to date!”