PCA announces the selection of Maria A. Karamitsos, founder & editor of WindyCity Greek and a staunch advocate for Greek Orthodox Parochial Schools in America, as mistress of ceremonies for Pythagoras Children’s Academy’s Winter Wonderland Gala 2018.

ELMHURST, ILL. — Pythagoras Children’s Academy (PCA), a preschool – 5th grade Greek Orthodox Parochial School at The Greek Orthodox Church of St. Demetrios in Elmhurst, IL, is pleased to announce that Maria A. Karamitsos, founder & editor of the digital magazine  WindyCity Greek, will serve as the mistress of ceremonies for its largest and most important fundraising event, the Winter Wonderland Gala, on February 10, 2018 at the Fountain Blue Banquets, 2300 Mannheim Road in Des Plaines, IL.

Passionate about the preservation of the Greek language, culture, and heritage, Maria has long been a staunch advocate for Greek Orthodox Parochial Schools and for Greek education in America.

“We’re thrilled to have Maria as our mistress of ceremonies. She previously served on our school board, and has always advocated for PCA,” stated Harry J. Fournier, Esq., Pythagoras School Board President. “Maria truly believes in the merits and importance of Greek-American schools and has long been a strong voice for our schools. Her children have attended PCA, so she knows firsthand what our school can do. What better person to serve as our MC?”

Maria has been a positive voice in Greek-American media since 2002.

After the loss of two prominent Greek publications in the Chicago area, and with a growing amount of negative press for Greece and people of Greek descent around the world, she disrupted the traditional media model, and created WindyCity Greek. Launched in September 2015, WindyCity Greek highlights the innovative Greek people, businesses, organizations, and happenings — in Chicago and around the world. It’s a celebration of all things Greek.

In addition to bringing the best of the Greek world, WindyCity Greek serves its home community with many resources, such as the area’s most comprehensive listing of Chicago area Greek and Greek- related events, church and school directories, an annual Summer Greek Fest Guide, and more. WindyCity Greek also creates special issues. In addition to Christmas and Pascha editions, they’ve published the very first Greek-American Scholarship Guide, a compilation of scholarship opportunities for Greek-American students, plus another first — the Greek Kid’s Reading Guide, complete with book reviews and recommendations for Greek kids by Greek kids. WindyCity Greek is read all over the globe. It’s infused Greeks with positivity and hope, and is thriving. It has quickly become the world’s source for positive Greek news. 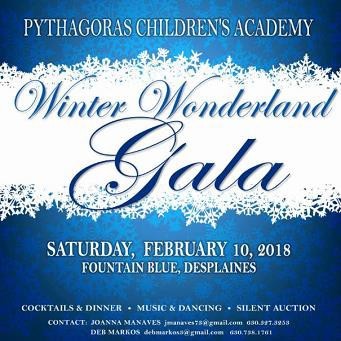 Prior to launching WindyCity Greek, for 10 years until its shutter, Maria served as Associate Editor & Senior Writer for The Greek Star newspaper. She has contributed to three books: Greektown Chicago: Its History, Its Recipes; the premiere edition of Voices of Hellenism Literary Journal; and the Chicago Area Ethnic Handbook. Her work has been published in GreekCircle magazine, The National Herald, GreekReporter.com, Harlots’ Sauce Radio, Women.Who.Write, KPHTH magazine, and more. She’s also a co-director of the Greek Media Club, and is media sector rep for the Orthodox Christian Coalition for Healthy Youth (OCCHY).

Since the mid-1990s, Maria has been active in Chicago’s Greek Community. She is a past president, and board member of the Hellenic Professional Society of Illinois; a past performer, board member, and communications rep for the Olympian Greek Dance Troupe of Chicago; and served as marketing and PR representative for Chicago YAL conferences. More recently, Maria served on the Pythagoras

School Board for three-and-a-half years. In addition to her duties as secretary, she chaired the marketing committee, and spearheaded the development of the school’s marketing and promotional activities, and launched its social media initiatives.

“I’m thrilled to serve as MC for this important event. PCA is close to my heart,” Maria stated. There, a tremendous foundation was forged for my children. They not only received the finest education, but firmly planted their roots in our Orthodox Faith and Hellenic Heritage. PCA was an extension of our home and family, where the values we uphold were reinforced and celebrated. It’s a place where lifelong friendships were made — for our daughters, and for us as well. It’s truly a special place.”

Pythagoras Children’s Academy at The Greek Orthodox Church of St. Demetrios in Elmhurst, IL opened its doors in 1998. Entering its 20th year, PCA has educated more than one thousand young minds, cultivating the next generation of community leaders. Serving preschool through 5th grade, PCA is the only school of its kind in Chicago’s Western Suburbs. With the highest academic standards, children are nurtured at PCA in a family-oriented environment. In addition to a curriculum on par or exceeding Illinois State Standards, taught by certified instructors, the hallmark of the PCA experience is Greek language instruction, lessons in the Orthodox Faith, and the celebration of Greek heritage and traditions. For a well-rounded experience, students also partake in art, music, physical education, choir, after school clubs, and more.

“A successful gala is a blessing for PCA! All proceeds from the gala greatly benefit our beloved school. In previous years, gala proceeds have helped contribute to daily operating expenses, increasing teacher salaries, purchasing Chromebooks, and updating our curriculum,” explained PCA Director Dina Jason. As we approach our 20th Anniversary, we need your support more than ever in order to continue to educate, nurture, and guide our students, and to prepare them for college and career readiness. Please join us on February 10th and support Greek-American education!”

The Pythagoras Children’s Academy Winter Wonderland Gala will take place on February 10, 2018 at

Tickets are $100 for adults, $40 for kids. Buy tickets online at http://pythagoraschildrensacademy.org/upcoming-events.html and become a sponsor. For more