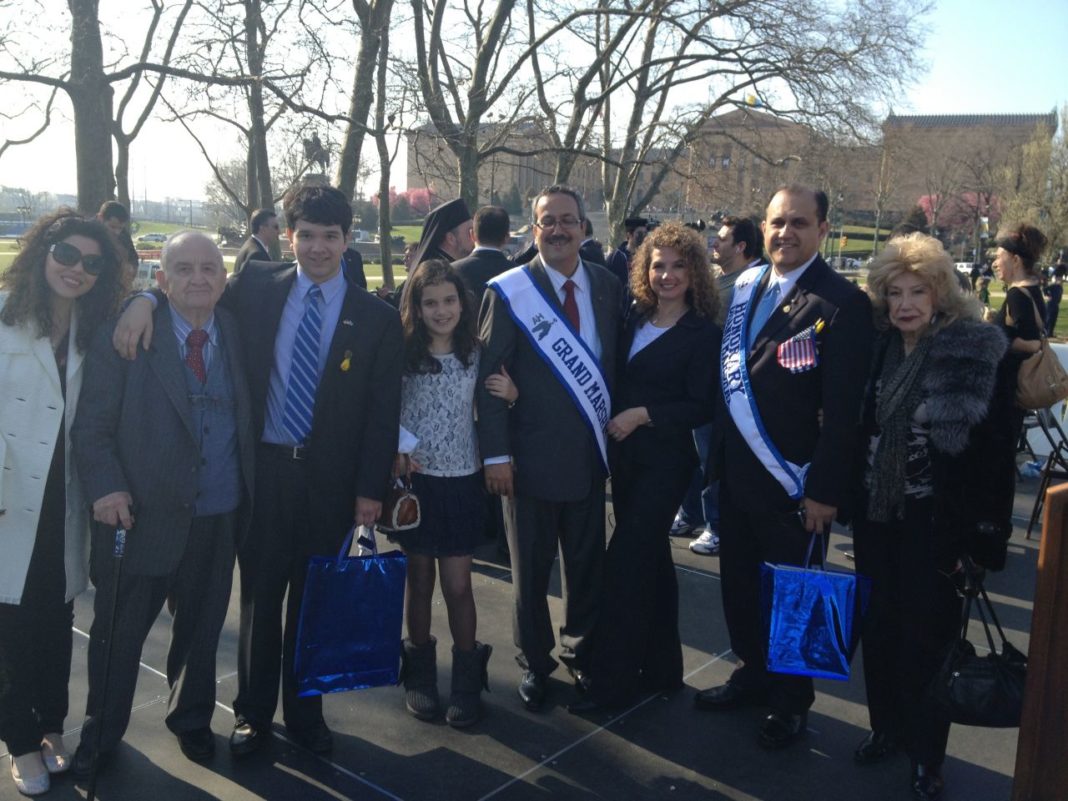 On behalf of all Greek Americans, Greek Orthodox Church communities and Hellenic Societies of Philadelphia and the Greater Delaware Valley, we proudly announce a unanimous selection as the Grand Marshall of the 2012 Philadelphia Greek Independence Day Parade, scheduled for March 18, 2012. The honor of Grand Marshall is the highest honor afforded by the Philadelphia Federation and is given in honor of one’s works as a prominent business person and efforts on behalf of the Greater Greek community, Metropolis and unwavering support of Hellenic issues. However, this year the honor goes to Spiros Spireas given also due to his support of AHI as you serve as the chair of it’s AHI Foundation. A sampling of recent Past Grand Marshalls range from philanthropists Nick and Athena Karabots, television weather anchor John Bolaris, AHEPA Supreme President Nick Karacostas, HANC President Paul Kotrotsios and Past President of the Federation  to former United States Congress representative Zack Space.

The Philadelphia Federation wishes not only to honor Spiros Spireas but to highlight the works of the American Hellenic Institue. To that end, we have unanimously elected as Honorary Marshalls Mr. Nick Larigakis and Mr.Eugene Rossides. Our goal is to highlight the good works of the Institute and to encourage others to support AHI as well. Although the itinerary has not been set, we advise that we are tentatively planning a pre-parade reception in honor of Spiros Spireas as well as in honor of AHI, and Mssrs. Larigakis and Rossids, AHI Honorary Marshalls, on Saturday evening March 17, 2012 at Estia in Philadelphia. Other events will also be planned to encourage Greeks nationwide to join AHI and to lend their support to an institution dedicated to Hellenism and justice in Greece, Cyprus and everywhere Hellenism is in jeopardy. I ask that you contact me at 856-986-8972 so that we can go over additional specifics.

This press release has been prepared for release by the Federation in consultation with Mr. Larigakis. It is our hope that this noteworthy cause, of honoring not only Mr. Spireas but also Mssrs. Larigakis and Rossides will be accepted by the worldwide Greek community as a shining example of the recognition and support that is needed in order for AHI to accomplish its objectives.The Federation of Hellenic American Societies of Philadelphia and the Greater Delaware Valley continues to lead by example in terms of keeping our pulse on Hellenism. THIS IS THE FIRST TIME A FEDERATION PARADE HAS EVER HONORED NOT ONLY THE PROTAGONISTS BUT ALSO AHI AS AN INSTITUTION. Mr. Rozanitis stated “ Dr. Spireas accepted my personal congratulations and satisfaction that we are able to extend this honor not only to someone local to our area but also as we have gotten to know the person he has been over the past many years.” Mr. Horiates, the renowned attorney, previous Federation president and current chair of the Federation’s board of trustees stated: “The best part of our efforts as a Federation is to highlight and promote Hellenism in the Philadelphia area. It is a lifelong labor of love. This is the first time that AHI, is being honored in this fashion. It is a tribute to the man behind the title, a tribute to Mssrs. Larigakis and Rossides , and indeed a tribute to the American Hellenic Institute.” Very simply, it is our goal to highlight and promote all that AHI stands for and does, and to honor the works of Spiros Spireas. We look forward to seeing you in Philadelphia on March 18, 2012.

Previous article2011 Corridor Person of the Year voting for Aris Melissaratos,
Next articleSarbanes congratulates Maryland Schools on #1 Ranking for Fourth Year in A Row