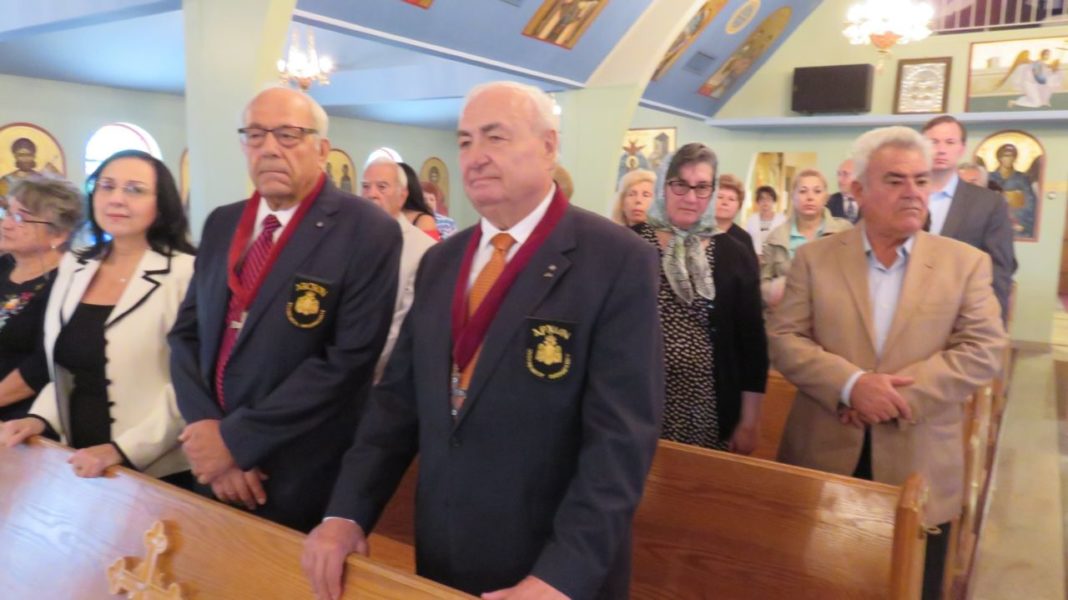 Progress never happens by chance. People bravely come together to push for innovation to inspire change. “Assigned to our parish is Father Ignatios Achlioptas,” said Mrs. Irene Markotsis, President of the Parish Council of the Transfiguration of Christ Greek Orthodox Church of Mattituck, New York in a letter to the community. “Father is a graduate of Hellenic College and Holy Cross School of theology. He was ordained in 1995. He will begin his service to our community as of August 1st. We welcome him and look forward to working with him for the good of our parish.”

The August 6th Feast Day service was performed by His Eminence, Archbishop Demetrios of America and to a packed church with standing room. Over two hundred persons attended the luncheon that followed. Archon Dikaiophylax Mr. Stephen Cherpelis and Archon Mr. Renos Georgiou and Mrs. Maryann Georgiou attended. The first groundbreaking of the church took place in the fall of 1969 with Very Rev. John Poulos of St. Demetrios Church in Astoria and members of his community who had summer homes in Mattituck. A vibrant Greek-American community has grown around the church. His Eminence Archbishop Demetrios of America has said in past visits to the community’s Feast Day on August 6th “that few churches have the iconography of the Transfiguration Church of Mattituck, N.Y.” The altar was hand carved by Konstantinos Pilarinos and donated by the Late Peter Phillips. The platytera (ceiling icons) in the altar sanctuary was drawn by the late Rev. Spiliosof Brooklyn. Theodore Fillipakis created the iconography in the Cretan style. The iconography reflects the Byzantine civilization and way of life that is being perpetuated in churches across the United States.

Rev. Oikonomos Dionisios Marketos, who served at the Transfiguration Church from 2003-2007, passed away on November 20, 2016. He is survived by Presvitera Anastasia, children Anna, Stefanos and Chrisoula and family. Father Dionisios was an immigrant from the town of Montesatata, Cephalonia. He was influenced by the late Rev. John Poulos and late Rev. Michael Karloutsos. He worked closely with Rev. Alexander Karloutsos of Kimisis Tis Theotokou Greek Orthodox Church of the Hamptons when he was presbyter of the Transfiguration of Christ Church of Mattituck, New York. His accomplishments were amazing.

Rev. Constantine Makrinos of the Transfiguration of Christ Greek Orthodox Church of Mattituck, NY. was reassigned on August 1, 2017 to St. George Church in New Britain, Connecticut. “We all join in wishing Father Constantine success in his new parish,” said Parish Council President Mrs. Irene Markotsis in a community letter.

A priest of over 30 years, Rev. Makrinos’ spiritual journey has led him from Detroit, Mich., to Newark, N.J., to Ocean City, Md. Rev. Constantine Makrinos was bestowed the honor of Protopresbyter (Very Reverend) by His Eminence on August 6th, 2010. This is the highest rank for a married priest in the Greek Orthodox Church. The honor is bestowed upon a Greek Orthodox clergyman after twenty-five years of service. Very Rev. Makrinos is from Kardamyla, Chios. “It was a great honor to receive this title from His Eminence’s hands,” he said. “I prayed to receive this honor from his handsHe is the son of a Greek immigrant who worked as a coal miner in the hills of West Virginia. Rev. Makrinos completed eight years of service to the Transfiguration Church on July 15, 2017.

Greek Americans who were part of the church have achieved success. Penny Lichas Bedell is the newest customer service representative of Burt’s Reliable in Southold. Carmen Markakis St. George is a judge in the NYS Court of Claims. Bill Stamatis writes a column on “Fishing on the North Fork” in the magazine GO NORTH FORK: The Guide. Maria Kontoveros Gennaro is part of Production at the Suffolk Times. My former St. John’s University Dean, Salvatore Spizziri, informed me on facebook his “nameday is on August 6th.” Salvatore is a Latin name for savior. Under his administration he was the savior of the Greek language and culture. A 4 foot tall Byzantine icon hung in his office. Meeting Dean Spizziri and seeing this icon convinced my daughter and myself that this university was for our family, at that time period in the late 1990’s and early 2000’s.

Recently, on the internet, I saw a replica of the Transfiguration icon by Theophanes the Greek being created for St. Nicholas Church in the World Trade Center. A masterpiece of Russian art, Theophanes the Great icon in the Tretyakov Gallery of Moscow is copied in the iconography of 2017. The Feast Day is a highlight of the summer on the East End of Long Island.

Photo 1 – The Transfiguration icon by Theophanes the Greek being created for St. Nicholas Church in the World Trade Center . 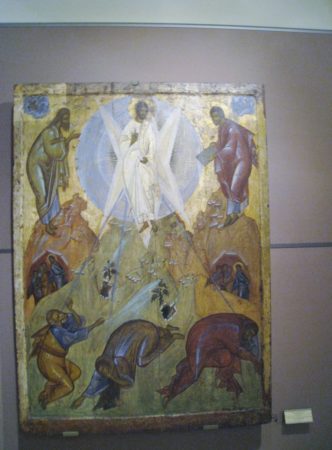 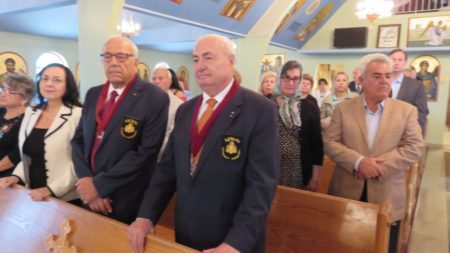 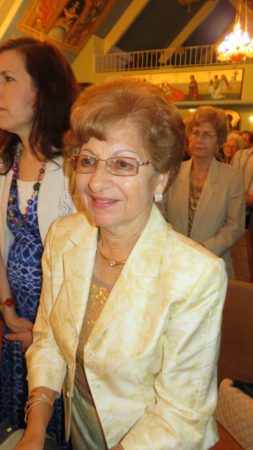 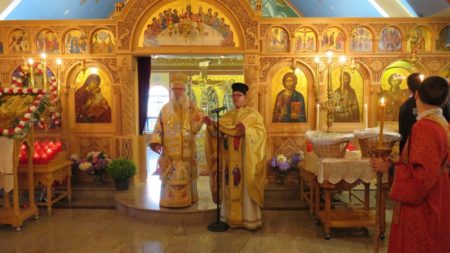