The Fallacies of the Cyprus “Problem” 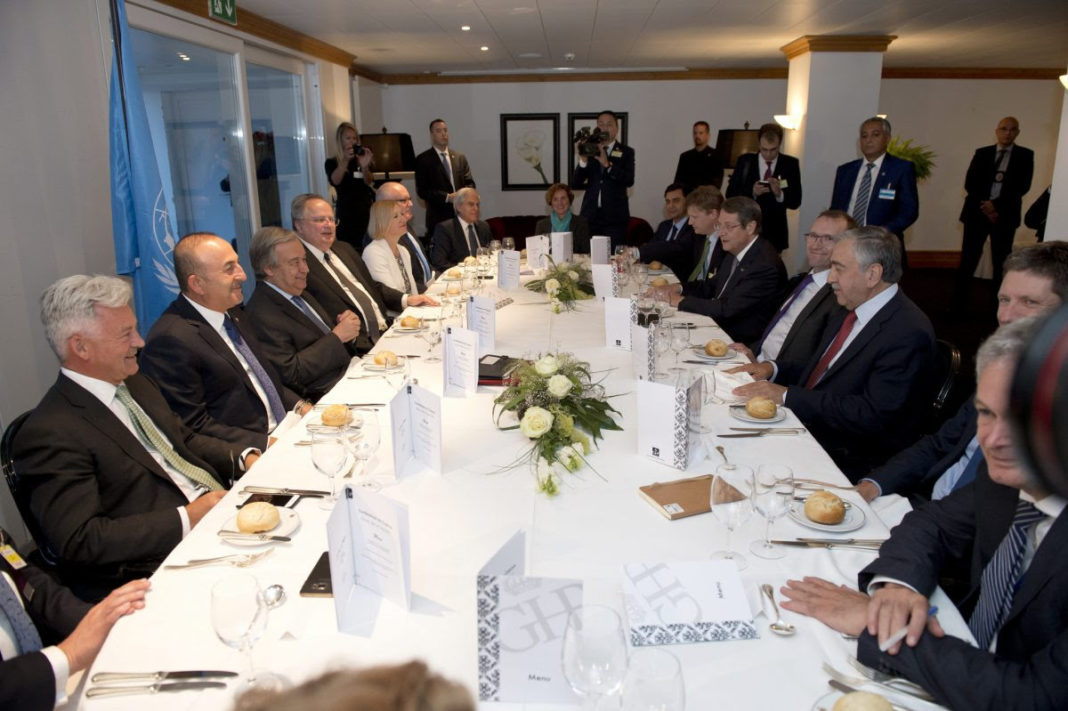 In the early morning of July 7, 2017, another round of negotiations under the auspices of the United Nations on the so called Cyprus “problem” has ended in Switzerland. Some are trying to understand why. Others, however, have ostensibly entered the “blame game” and/or misinformation, unjustly pointing the finger to the government of the Republic of Cyprus, because, allegedly, it did not make the necessary concessions, so as to satisfy Turkish demands. For those who are trying to understand why, I am arguing, hereinafter, that none should have expected these negotiations (or any previous) to succeed. They were doomed to fail for three reasons, which constitute the fallacies of the so-called Cyprus “problem”.

The first fallacy is that international actors, international organizations, diplomats, and analysts are trying to understand first and deal then with a “problem”, and not with a case of pure and brutal military invasion perpetrated by Turkey in 1974 and still preserved illegally until today.[1] This is where all starts and all ends: in the thought dominating (our) minds that we are to deal with a “problem” and not with a flagrant violation of almost all fundamental principals of the United Nations Charter and a series of non implemented compulsory decisions of the Security Council.

In fact, Turkey still maintains some 40.000 heavily armed troops on the island, presenting since 1974 an every day threat for the very existence of what is left territorially of the Republic of Cyprus, making us wonder how the Republic of Cyprus’ citizens – EU citizens since 2004 – and its economy may endure such a situation. Turkey, as demonstrated in the negotiations, has not the intention to withdraw its occupation forces from the island (BBC 2017). Most important, even if those troops were to be reduced, Turkey was adamantly against abandoning the status of the guarantor power, contrary to the intention of the other two guarantors (the U.K. and Greece).

Why? The official narrative says in order to guarantee the rights and the security of the Turkish Cypriots (TRTWORLD 2017). Obviously, this is neither the real nor a convincing reason, as Turkey, given its record of human rights, cannot guarantee the rule of law, especially in an EU country. The real motive is the expansionist policy of Turkey, and its tactic to exercise through Cyprus pressure on the Republic, on Greece, on the EU, and more broadly, on the West.

It is clear that Turkey does not want to contribute to “solving” the problem. And this is the second fallacy committed by those who consider Turkey well-intentioned to solve the Cyprus “problem” under the rule of the AKP Party and of Erdogan, and given Turkey’s current and favorable general and regional distribution of power. In fact, Turkey’s position on Cyprus was clearly stated many years ago by Ahmet Davutoglu.[2] The following excerpts from his book are more than explicit:

“It is not possible for a country that neglects Cyprus to have a decisive saying in the global and regional politics. It cannot be active in world politics, because this small island occupies a position which can directly affect the strategic links between Asia and Africa, Europe and Africa, and Europe and Asia.  And it cannot be active in regional politics, because Cyprus has its eastern edge resembling an arrow that points to the Middle East, and its western edge establishing the cornerstone of the strategic balance among the eastern Mediterranean, the Balkans and North Africa”. (Davutoğlu 2008, 176)

“(…) Even if there was not one Muslim Turk there, Turkey had to maintain a Cyprus problem. No country can stay indifferent towards such an island, located in the heart of its very own vital space.” (Davutoğlu 2008, 179)

“Turkey needs to see the strategic advantage which it obtained… in the 1970s, not as the component of a Cyprus defence policy, directed towards maintaining the status quo, but as one of the diplomatic main supports of an aggressive maritime strategy”. (Davutoğlu 2008, 180)

Consequent to these views, Turkey not only continues the illegal occupation, but it also increases problems for Cyprus. Most characteristic is the aggressive stance over the issue of energy resources discovered in the Cypriot Exclusive Economic Zone (EEZ) and the prospect of their exploitation. Since 2010, in the very beginning, Turkey stated that it has rights to the resources, warned the countries of the region that supporting the moves of the Republic of Cyprus will have consequences in the Cyprus negotiations (Hurriyet Daily News, Jan. 5, 2011), and attempted to stop Cyprus and the various international companies to proceed with exploration (Hurriyet Daily News, Aug. 5, 2011). Then it moved on to an illegal agreement of delimiting the continental shelf with the self-proclaimed “Turkish Republic of Northern Cyprus”, so as to carry out research into the area between itself and the northern cost of Cyprus (Hurriyet Daily News, Sept. 21, 2011). It has repeatedly sent research and military vessels in the Cypriot EEZ, whenever and wherever surveys were being held out, in order to, according to Erdoğan’s statement, protect the Turkish interests, thus causing tension in the region and reaction on the part of Israel, the U.S.A., and the EU.

From time to time Turkey remembers the Turkish Cypriots and declares that it maintains troops on the island and remains a guarantor, in order to protect their rights on the Mediterranean energy resources. Despite the inconsistency of whose rights Turkey is protecting, Turkish or Turkish Cypriot, this raises a question relative to the political importance of the Turkish Cypriots and their ability to negotiate independently from Turkey the solution of the “problem”. It is the answer to this question that constitutes the third reason explaining the failure of negotiations and, at the same time, reveals the third fallacy.

A big part of the negotiations was conducted between the leaders of the two communities, despite the fact that the one is the President of an internationally recognised state and the other the leader of a Community. But protocol, which no doubt matters in international relations, is not the obstacle here. The obstacle is that the Turkish Cypriots are so dependent on and from Turkey that they really do not have the ability to strike any deal if Turkey disagrees. It is therefore a fallacy to think that because the two communities on the island (perhaps genuinely) want to end the division, this is going to happen. And it is lost energy, human resources, political capital, time, money and unfulfilled hopes to have the impotent Turkish Cypriot leader discussing with a democratically elected, internationally recognised and with full power to strike a deal President of the Republic of Cyprus.

It is very nice having the two leaders meeting, taking the customary picture, and trying to solve the details of how a re-unified island and its government may work. But, it is also fallacious! Because, the solution of the Cyprus “problem” is totally dependent on the end of the occupation, which does not depend on the Turkish Cypriots! It depends on the Turkish government and particularly, at this moment, Erdogan.

Thus, if anyone in the future wants genuinely to deal with the “problem”, they should start where all negotiations should have had started since 1974. The place is called Ankara, the country is Turkey, the leader now is Erdogan, and what needs to be done is to end, first, the occupation and, second, the anachronism or the absurdity of a non EU country guaranteeing the rule of law and the security of an EU member state.

Otherwise, we will continue living with in our minds the fallacies of what has been named a “problem”, masking the crucial fact that Turkey is the invader and small Cyprus the victim.

[1] On the invasion and its consequences see the Historical Review of The Cyprus Question of the Ministry of Foreign Affairs of the Republic of Cyprus available at: http://www.mfa.gov.cy/mfa/mfa2016.nsf/mfa08_en/mfa08_en?OpenDocument

[2] He served successively as adviser to Erdogan on foreign affairs, Minister of Foreign Affairs, and Prime Minister.

Ministry of Foreign Affairs of the Republic of Cyprus, Historical Review of the Cyprus Question. [online] Available at: http://www.mfa.gov.cy/mfa/mfa2016.nsf/mfa08_en/mfa08_en?OpenDocument [Accessed 3 Aug. 2017].

Previous articleCelebrating 125 Years of Faith, Community, & Culture
Next articleBuying an apartment, house or plot in Greece?