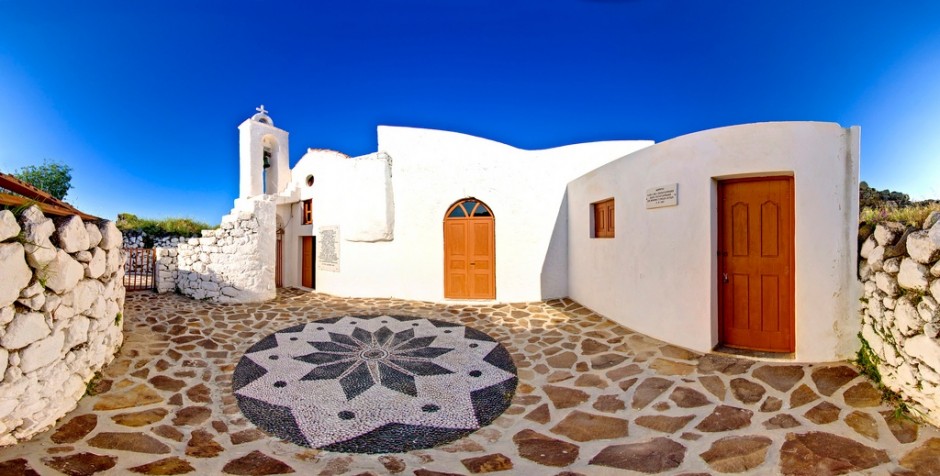 I FIRST TRAVELED TO GREECE as a child and remember being immediately caught up in the country, a sentiment that still strikes me today no matter how many times I visit, or how many years I’ve lived there. “The light of Greece,” as Henry Miller wrote, “opened my eyes, penetrated my pores, expanded my whole being.”

I’m often asked which Greek islands I’d recommend others visit — an impossible feat, when each of the country’s 6,000 islands and islets vary greatly in history, scenery, and activities. From parasailing to forest trekking to sunbathing on secluded beaches, each is special in its own way.

Here are five islands most travelers have never even heard of, and why you should see them now.

Floating between the islands of Kos and Tilos, Nisyros is part of the Dodecanese group of islands, and is known for being the youngest volcanic island in Greece. You can safely walk in the craters — the last violent eruption occurred in 1888. Like many islands in the southeastern Aegean, Nisyros was at its most prosperous in the 5th and 4th centuries BC. One notable element of modern Nisyros is that its houses, temples, and castles have virtually all been built with some component of the volcano — black lava, pumice, red and white rust, etc. Today, the island is a green enclave primarily known for its nature tourism and hot springs.

Located south of Corfu on the northern side of the Ionian Sea, Paxos is said to have almost been the southernmost tip of Corfu. According to lore, Poseidon, god of the sea, separated the two by breaking off Paxos with his trident when he needed a place to live with his love Amphitrite. Though Poseidon chose Corfu, the tiny oasis of Paxos — the smallest of the Ionian islands — is the real winner. I enjoy its fjord-shaped beaches, underwater caves, small bays, and green hills. The nearby islet of Antipaxos also has Caribbean-esque waters and some of the best beaches in Greece.

Milos, another volcanic island, is the southernmost island in the Cyclades. It’s known for its horseshoe shape and coastline, which comprises more than 75 beaches of different varieties. It has nearly 5,000 residents, and is also where the famous statue of Venus de Milo was found in 1820. While whitewashed houses on Greek islands are familiar sites, Milos has gone a different route, with small, colorful houses by the sea where fishermen shelter their boats in winter. Also of note are the catacombs of Tripiti, which were discovered in 1844 and appear to have been built toward the end of the 1st century, marking the era when Christians came to Milos.

The most remote island in the Northern Sporades, Alonissos is home to the National Marine Park of Northern Sporades, a refuge for rare seabirds, dolphins, and the Mediterranean monk seal. It’s 13 miles long, almost three miles wide, and has a population of roughly 2,500. Historically, the Cretans are credited with establishing colonies on Alonissos (then known as Ikos) during the Minoan domination of the Aegean Sea, circa 16th century BC. The Cretans also introduced winemaking to the island, and to this day local Alonissos wine remains excellent.

The 99-square-mile Ikaria was named after the myth of Icarus, who ignored his father’s advice and flew too close to the sun. His father collected his body when he fell and is said to have buried Icarus on the nearest island — Ikaria. The island is apparently also birthplace to Dionysus — god of wine and drunken revelry — and the home of water nymphs. Today, Ikaria is primarily visited for hiking and outdoor activities. Mostly mountainous, it’s covered by oak, pine, and cypress trees. During the summer, one of the most genuine Ikarian experiences is to partake in a feast, which happens — either for religious or social reasons — almost daily.

Katherine LaGrave is a photographer and editor currently based in Boston, Mass. She grew up in Japan, Germany and Indonesia, and has worked professionally in Greece, Haiti and the United Kingdom. She has a Master’s degree in Journalism from Northwestern University and can’t ever seem to travel quite enough. You can see more on her website, www.katherinelagrave.com.