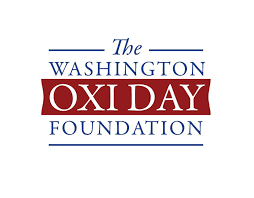 From honoring Greek-American veterans of WWI, WWII and the Vietnam War at the National World War II Memorial, to modern David vs. Goliath fighters for freedom and democracy, in the spirit of the Greeks during WWII, at the US Institute of Peace, the spirit of Oxi Day was on full display.

Chairman of the National Holocaust Museum Board and 2018 recipient of the Metropolitan Chrysostomos Award, Howard Lorber, presented the 2019 Award to the Greek Jews martyred in an Auschwitz revolt on the 75th anniversary of their resistance. Congressional Medal of Honor recipient Colonel Jack Jacobs accepted this award on their behalf.

Vasilios S. Haseotes was honored with the Oxi Service Award for his service in World War I. He was introduced by Sister Therese Antone and the award was accepted by his great-grandson Harry Murphy.

Alex G. Spanos was honored posthumously with the Oxi Service Award for his service in World War II. He was introduced by former Congressman Darrell Issa and the Award was accepted by his grandsons Phillip Ruhl and Michael Spanos.

John P. Calamos, Sr. received the 2019 Michael Jaharis Service Award, for his service in the Vietnam War and continued service to the Greek-American community. He was introduced by Jaharis Family Foundation Executive Director Peggy Sotirhos Nicholson and Calamos himself received the award.

Special remarks were given at both the Courage Awards and the Service Awards by Greek Orthodox Archbishop of America, His Eminence Archbishop Elpidophoros. 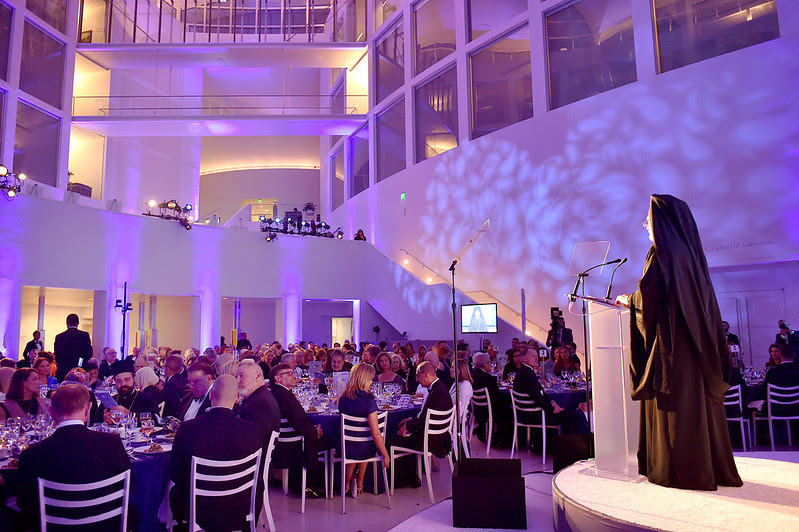 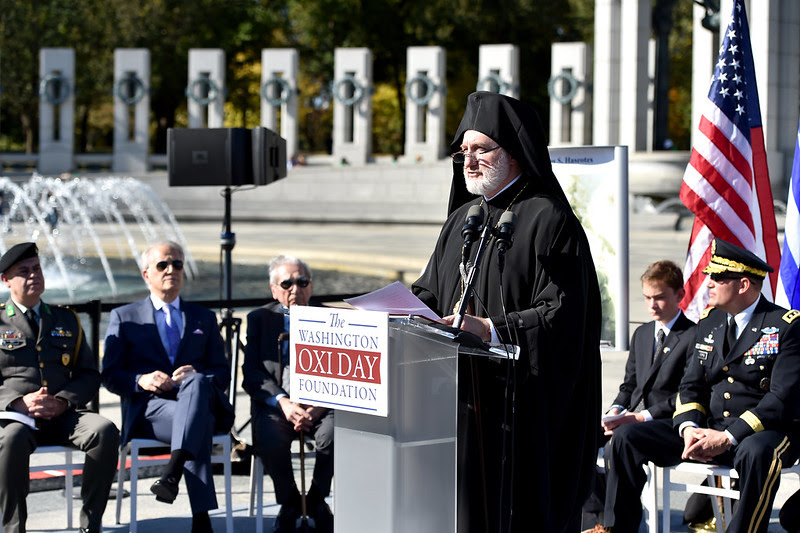 The keynote address at the Oxi Service Awards was given by the highest-ranking Greek-American in the US Military, Lieutenant General Andrew Poppas.