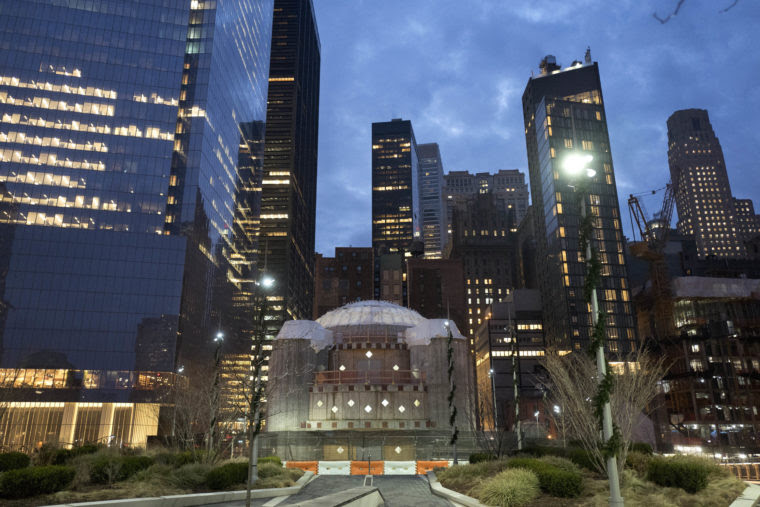 The relationship between the Archdiocese and 60 Minutes dates back over a decade, when the late Bob Simon did a groundbreaking interview with His All-Holiness Ecumenical Patriarch Bartholomew that aired in December of 2009.

In the press materials released by CBS yesterday, the rebuilding of Saint Nicholas and reopening is referred to as “both a beacon and some kind of miracle.” In his introduction to the story, 60 Minutes journalist Scott Pelley said, “For Easter, we visit a fortress against time, where art is created to heal one of America’s greatest wounds. It is the story of the resurrection of the only House of Worship destroyed on 9/11.”

His Eminence Archbishop Elpidophoros commented on the coming broadcast, “We are very moved that the longest running and most prominent television news program in the United States is highlighting our campaign to rebuild Saint Nicholas during this holiest time of the year. With the Friends of Saint Nicholas, whose generosity and energy have restarted this sacred duty, we look forward, by the grace of God and the prayers of the Saint, to opening the doors of the Saint Nicholas Greek Orthodox Church and National Shrine on September 11, 2021.”

The program will air this Sunday evening, April 12th on all CBS affiliates nationwide. A preview and description of the program by CBS are at

Protection of borders and human rights not incompatible but complementary