The Abhorrent and Detestable International Treatment of Greece 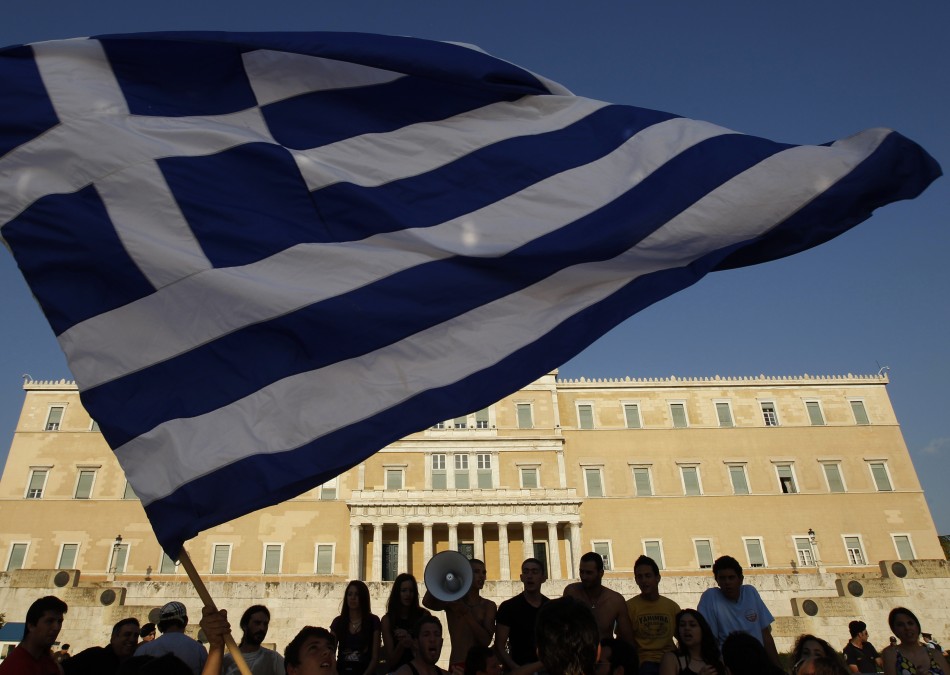 Modern Greece is not a model of virtue. No country is. But to understand the current Greek tragedy brought about largely by the European Union and America’s International Monetary Fund, one must see behind the surface.

I visit Greece nearly every year. I give talks and meet academics, politicians and bureaucrats. I travel. I also stay with my relatives. I see the country from the ground up.

Greeks tell me their world has turned upside down. Many cannot find jobs. Others live in poverty, their pensions keep decreasing. And the government, obedient to the dictates of its lenders, is extracting more and more taxes.

Yet the picture I have from my visit of September-October 2015 is that of a country trying to look “normal.” The museums were packed. In the Acropolis museum I heard Chinese, French, Russian, German, Italian, English and, of course, Greek. Tourists also filled hotels and restaurants. The country is very beautiful and the food, as usual, was wholesome and delicious.

Television documented the psychological and intellectual humiliation of foreign control: perpetual reporting on the doings or sayings of this or that minor bureaucrat of the EU and IMF running the country from the Athens Hilton and behind the façade of the Greek government.

The Greek banks, under the thump of foreign lenders, will not allow you to withdraw more than sixty euros per day.

So the picture of Greece remains murky. Behind corrupt government, museums full of treasures, hoards of tourists, and tasty food, there’s stealing of Greek assets and national sovereignty.

But does this Greek debt to German and French banks give the right to lenders to treat Greece in a detestable and abhorrent way? Like, for instance, depriving the Greek population of the means of livelihood?

An American professor of economics at the University of Texas, James K. Galbraith, denounces the lenders and the EU-IMF in Greece. The EU and IMF, he says, are enforcing “a policy of threats, so as to maintain austerity, foreclosures, and penury in Greece.” They should know that threats and deadlines increase instability and capital flight.

Galbraith explains this horror in his book, “Welcome to the Poisoned Chalice: The Destruction of Greece and the Future of Europe” (Yale University Press, 2016).

Galbraith’ book is a series of short articles he wrote from 2010 to 2015. Each article-chapter sheds light on the Greek tragedy and the unraveling of Europe.

The story of Galbraith is interesting, honest, passionate, timely, well written, and slightly personal. He considers Yanis Varoufakis, the Marxist finance minister who served the Greek Syriza government in the first five months of 2015, his “very good friend.” Galbraith observed the Syriza experiment up close. He started going back and forth from Austin to Athens, serving as a no salaried advisor to Varoufakis.

Galbraith is right in putting his critique of the EU-IMF policies of almost fanatical austerity in the context of Greek realities: Greek population is 3 percent of the population of Europe, and Greek production is smaller than 2 percent of Europe’s output. However, the blow of austerity dropped Greek output by 25 percent, sending Greece to a catastrophic 1930s American-like Great Depression. Galbraith saw “only pawn shops” in the avenue from Athens to Pireus.

Galbraith accuses the IMF of deception. IMF got involved in the Greek debt only because it wanted to save the indebted banks. In addition, its director in 2010, Dominique Strauss-Kahn, “wanted to become president of France.”

Most of the money IMF-EU have been lending Greece does not go to Greece. It circulates in the European banks. The result of this cruel and dishonest practice is Greek debt keeps increasing and the economic condition of Greece keep deteriorating.

Second, the Greek debt was never “sustainable.” Instead of writing-down the Greek debt and recapitalizing the Greek, French and German banks, the EU-IMF launched “a grand experiment in outside control: economic policy run by a creditors’ cartel.”

The Greek drama, Galbraith says, “is only an artifact, a side effect of the global banking and financial disaster.” That disaster started rolling to Europe with the meltdown of US banks and Wall Street in 2008. Predatory speculation then guided the lenders and the IMF and EU.

Indeed, Galbraith explains the vindictiveness of the EU-IMF towards Greece as part of “ring-fencing” — teaching the other potentially bankrupt countries (Ireland, Portugal, Spain and Italy) what to expect should they follow the Greek example.

Galbraith denounced the auctioning of Greek public assets by EU-IMF as “moral abomination.” He said the leaders of such a scheme are “incompetent beyond all reasonable imagining.”

Galbraith concluded that the continuation of brutal austerity in Greece and, to a lesser extent, other peripheral countries – Ireland, Portugal, Spain, and Italy – is preparing the road to popular rebellion in Europe.

Galbraith, however, misjudged the Syriza government. He said Syriza “may be Europe’s best hope.” I disagree. I find it hostile to Greek civilization, which is the foundation of the West. The prime minister, Alexis Tsipras, lied to the Greeks. In a July 2015 referendum he encouraged, the Greeks said NO to austerity. Yet Tsipras went to Germany and said YES to austerity.

Galbraith said, “Tsipras is the real thing.” He is not. He has become Germany’s messenger boy. His open borders policy has been catastrophic, inundating Greece with Moslem refugees. These refugees threaten the survival of the country.

The Greeks are now between the Scylla of the lenders and the Charybdis of the Syriza government and Moslem refugees.

This honest difference of opinion does not affect the value of Galbraith’s book. It is necessary reading and I recommend it highly.

Previous articleGreek Archaeology and Civilization at Risk
Next articleOff the Beaten Trail: Constantine the Great’s Presence in Russia Today