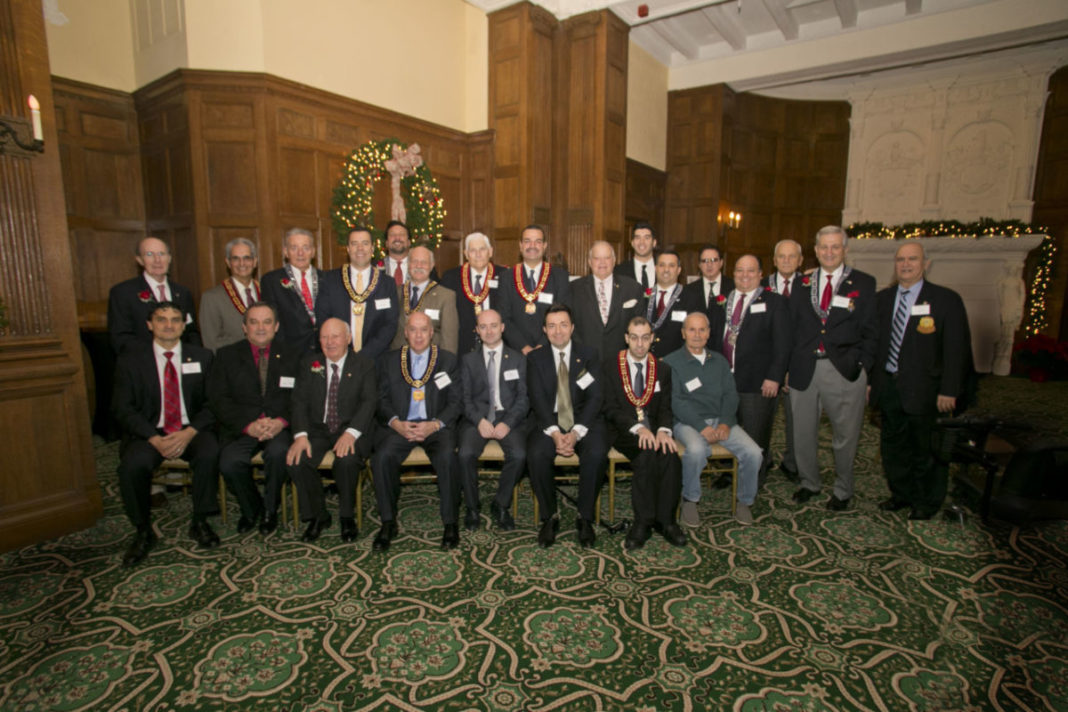 The James Plevritis-Joseph C. Keane, New Rochelle Chapter No. 405, in its annual Initiation/luncheon, the chapters signature event, honored AHEPA Brother, Nikitas Drakotos, for his outstanding contribution to Hellenism, at the Westchester Country Club in Rye, New York on Saturday December 3rd. AHEPA’ Supreme President, Andrew Zachariades, assisted by numerous members of the Supreme and District Lodges, participated in the honors

Key note speaker, Supreme President, Andrew Zachariades gave an inspiring address of his recent journey to Greece with President Obama and his visit with senior leaders of the European Union to the more than 200 guests attending the luncheon. “It’s interesting to note, Supreme President Zachariades stated, AHEPA was the only Hellenic organization invited to attend these festivities in Greece” .

Luncheon event Chairman, James Zafiros, in his introduction of Brother Nikitas Drakotos stated, “Brother Drakotos’ Hellenistic journey is beyond impressive. Certainly, he has a very inspiring resume, but the man behind it, is what this tribute is all about. Perhaps no other Hellene of recent memory has lifted Hellenism to a higher level in so many organizations. Brother Drakotos inspiring approach to Hellenism includes the Presidency of Hanac and St. Michaels, is a member of the Archon National Council, a member of leadership 100 and is a recipient of the highly coveted Ellis Island Medal of Honor and the recipient of the Archangel Michael and St. Spyridon Awards.

Brother Zafiros, concluded his remarks of Brother Drakotos, by stating “no stage is big enough for you Brother Nikitas and New York is the Nation’s biggest stage. If you can make it here, you can make it anywhere”. Nikitas Drakotos received a five minute standing ovation from the guests and AHEPANS who attended. The word “Axios” was repeated by everyone” . Brother Nikitas Drakotos response was a humble gratitude to the large number of AHEPANs and guests, many who came from distances outside the Metropolitan area, from Albany, New Jersey and Connecticut to honor him. He attributed his success in America to his early years in Greece which gave him the courage and determination to come to America and build a successful journey.

Thank you for the privilege of appearing in your newspaper. Any questions, please call. 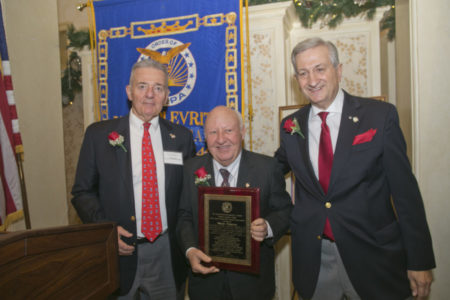 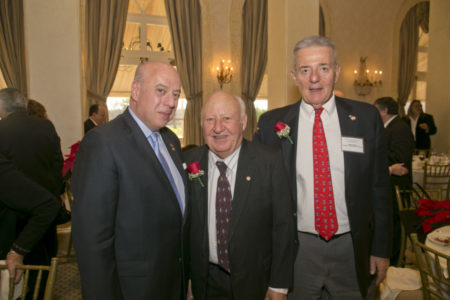