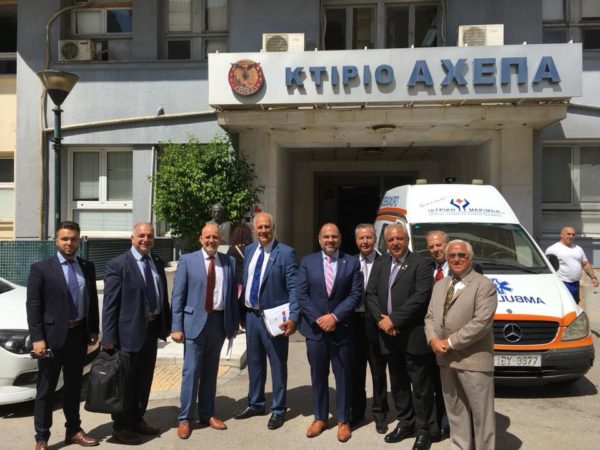 ATHENS, Greece – An AHEPA delegation led by Supreme President George E. Loucas arrived in Athens for a seven-day visit to Greece, Sept. 3, 2018.  In Athens, Ahepans visited victims of Greece’s wildfires at Evangelismos Hospital and are meeting with Greek government officials. 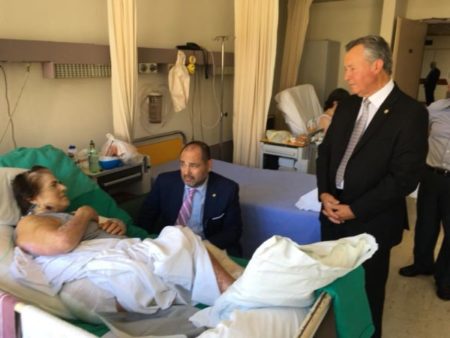 One wildfires victim, Elena, shared eyewitness stories of courage with the AHEPA delegation. According to Supreme President Loucas, Elena described her own harrowing escape through three failed attempts by car before finally running into the sea through the “fire above and fire below.”

Evangelismos, a hospital without a burn unit, treated almost all of the victims who survived the fires, Loucas said. 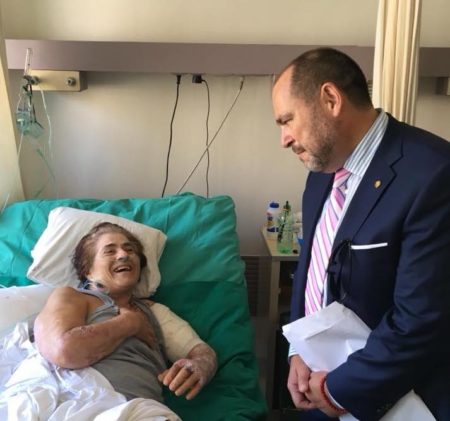