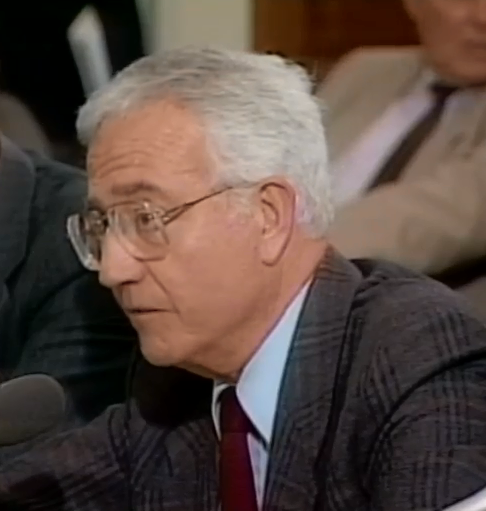 Lomis is credited for “educating” Biden on Cyprus Issue

“During his many years as a community advocate that began shortly after Turkey’s illegal invasion of Cyprus in 1974, and especially during his four terms serving as AHIPAC chairman from 1984 to 1992, Dr. Lomis worked relentlessly with AHI Founder Eugene Rossides to bring justice for Cyprus under the rule of law,” AHI President Nick Larigakis said.

“He is credited for raising awareness and ‘educating’ then-Senator Joe Biden about the Cyprus issue and as AHIPAC Chairman, he presented in-person witness testimony to key congressional committees on our positions regarding foreign aid to Greece, Cyprus, and Turkey on several occasions.

“Dr. Lomis was one of my strongest mentors from whom I learned tremendously beginning from my time at AHI in 1987. We travelled the country together advocating on behalf of policy issues impacting Greece and Cyprus and informing and educating communities.

“Dr. Lomis will be remembered fondly by the American Hellenic Institute and its members as an exceptional individual who worked diligently to promote Hellenic ideals and values in addition to advocating for Hellenic policy issues. Our prayers and deepest sympathies are with the Lomis family, especially his wife, Toula; and sons, Van, Nicholas, and Michael. May his memory be eternal.”

Dr. Lomis also actively promoted the teaching of Modern Greek in American universities and cooperated with AHEPA and the University of Thessaloniki to establish courses for Greek American students. He promoted Hellenism in the United States for which Hellenic News of America recognized his efforts, and he remained committed to the promotion of Greek culture and language among Greek American youth until the time of his passing.