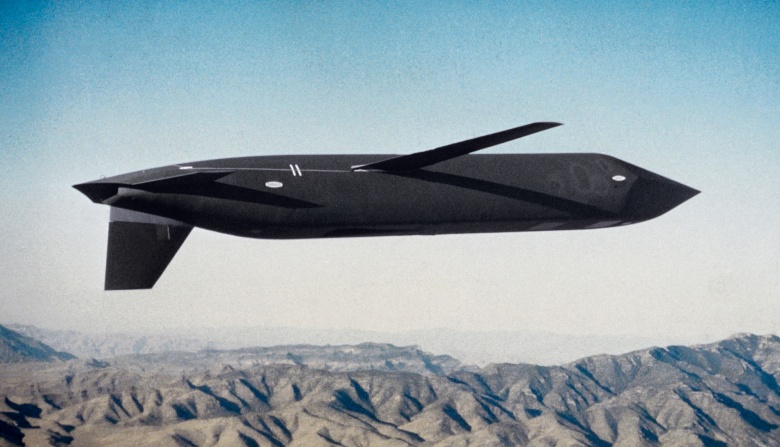 Increasing Russian aggression coupled with China’s modernization of nuclear missiles and North Korea’s ambitions to develop and field advanced strategic weapons means nuclear arms are more relevant today than they were a decade ago. While it is critical for Washington to outpace potential future threats by modernizing its nuclear deterrent, some policymakers are questioning the Air Force’s next-generation air-launched cruise missiles which are called Long-Range Standoff (LRSO) weapons that are crucial to sustaining the deterrent credibility of the manned bomber fleet.

America’s current air-launched cruise missiles consist of AGM-86Bs that have a range of 1,500 miles and are self-guided – they find their preselected target by comparing prerecorded contour maps with terrain “seen” by their sensors. B-52s can carry as many as 20 AGM-86Bs, allowing a bomber force to saturate defenses by launching missiles in large numbers. Air-launched cruise missiles are hard to detect on radar because of their small size and low-altitude flight profile. The Air Force plans to replace these missiles with about 1,000 Long-Range Standoff weapons for $9 billion to ensure that the U.S. nuclear deterrent remains effective. In addition, the W80-4 warhead the new cruise missile will carry will undergo a life extension program estimated to cost $7 billion to $9.5 billion. The first Long-Range Standoff weapon will likely reach completion in 2026 and the upgraded warhead in 2025.

Some congressional leaders claim spending money on modernizing air-launched cruise missiles is redundant and destabilizing, asserting existing gravity bombs and intercontinental ballistic missiles (ICBMs) could accomplish the same goal. Long-Range Standoff weapons are not redundant – they reassure allies and provide a unique and flexible dimension of U.S. nuclear deterrence by allowing the ability to signal intent and control escalation when facing adversary air defenses. The air-launched cruise missiles the U.S. has today were fielded in 1982, intended to remain in service for 10 years. However, multiple life extension programs have kept the missiles in service for more than 30 years.

Critics have stated modernizing air-launched cruise missiles will destabilize security since they can be launched without warning and come in both nuclear and conventional variants. Nuclear cruise missiles are no more destabilizing than other weapons, and they have been around for a long time. During the Cold War, the Soviets and Americans developed second strike capabilities because they were aware of the uncertainty that dual use weapons produce.

Gravity bombs and ICBMs cannot be utilized in the same manner as nuclear cruise missiles. These missiles can access unsafe enemy territory for bombers by penetrating rival airspace and striking multiple targets without compromising a plane or its aircrew – losing a cruise missile to enemy air defenses is insignificant when compared to losing a bomber and its crew. Unlike ICBMs, bombers can be deployed to allies’ territory to signal America’s commitment to their protection and can be recalled in flight.

Opponents have also pointed out that the development of 1,000 or so Long-Range Standoff weapons would double the current force size. However, only a fraction of the total number purchased will be deployed. One thousand Long-Range Standoff weapons are necessary to have enough spare missiles to test and also meet U.S. Strategic Command’s operational requirements.  New air-launched cruise missiles will be far more accurate than the ones we have today, and equipped with modern technology that was not available in 1982. The president will thus have more options in an extreme crisis if a limited nuclear war were to occur.

Those against funding Long-Range Standoff weapons have claimed that they violate the 2010 Nuclear Posture Review which states the U.S. will not support new military missions or capabilities, but this is simply not true.  Long-Range Standoff weapons are an upgrade to the cruise missiles we have today to support the nuclear mission.  Even Moscow is fielding its new KH-102 nuclear cruise missile, which allows Russian bombers to launch an attack and strike the U.S. from outside its airspace, and it recently launched 26 Kalibr-NK cruise missiles from ships into Syria, more than 900 miles away. The nuclear mission that has been in existence for decades continues.

Finding funds to purchase Long-Range Standoff weapons will be challenging with the Budget Control Act in place and the cost of modernizing other components of the U.S. strategic arsenal. Congress must modernize America’s archaic nuclear cruise missiles because they provide the president with more options, protect the bomber fleet and airmen, and ensure the U.S. strategic deterrent remains safe, secure, and effective. Given the reduced size of the nuclear arsenal and the types of delivery systems, the U.S. and its allies are more susceptible to strategic surprise than at any point since the development of these dangerous weapons.