CommunityPeopleBest-selling music artist Nana Mouskouri chatted with this Greek-American journalist about her...
FeaturedCommunityPeople 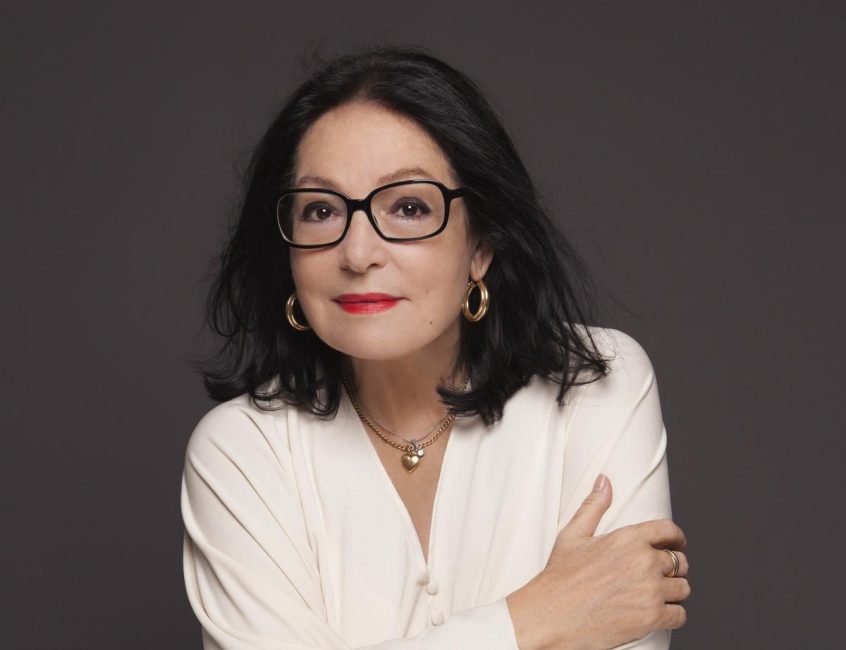 Best-selling music artist Nana Mouskouri chatted with this Greek-American journalist about her new album “Forever Young,” her respected career in the music business, and her upcoming shows in North America, as part of her 2018 world tour.

Throughout her illustrious career in the music industry, which has spanned 65 years, Mouskouri has performed in excess of 10,000 shows at some of the most exquisite venues in the world, such as the Royal Albert Hall, Berlin Philharmonic, Lincoln Center, Sydney Opera House and Teatro Monumental in Chile, among countless others. With over 200 albums released, in over 12 different languages, Mouskouri is one of the best-selling recording artists of all time. She has sold in excess of 350 million albums worldwide, and globally speaking, she is the biggest-selling female artist of all time.

Regarding her latest studio album, Forever Young, Mouskouri said, “I didn’t do a record for quite a long time. Honestly, only the younger artists can bring the music further. We, the older artists, we brought our music up to a point. I decided to do this record now, and I searched for songs from artists such as Bob Dylan, who was one of my favorites, and a few European singers as well. I tried to find songs that were not sad. As a Greek, I am always a very optimistic person, and even if a song is sad, you find a certain truth and you sing it, which is normal. I covered a song ‘Love Is a Losing Game’ by Amy Winehouse that speaks about love. We know that love can be a losing game, but it can also not be a losing game. The truth is emotional and very important.”

Mouskouri continued, “All these songs, among others, including old Greek and French songs that I remember, are important to be sung. It is a pleasure for me to sing them, and the same time, it is supporting the certain style that we had about songs. These songs will always be there, since they spoke about true feelings.”

While it was difficult for Mouskouri to select a personal favorite song on this new album, especially since she is friends with many of the singer-songwriters, a few in particular that stand out to her include the classics “Hallelujah” and “Forever Young”. “With ‘Hallelujah,’ I feel I am saying goodbye to Leonard Cohen, who passed away last year. I did a lot of his songs,” she said. “I also love the Bob Dylan song ‘Forever Young’. It was Dylan who inspired me with this song, because it speaks so honestly how you can stay young,” she added, with a sweet laugh.

On her cover of Bryan Adams’ “(Everything I Do) I Do It For You,” she said, “I am a positive person, and I like to always think about hope in life, and love. This is very important. There is hope and I like optimistic things.”

Mouskouri is appreciative of the fact that her latest record is available on vinyl. “I had the biggest success in the ’70s because of vinyl. I have so many records, in many different languages, also in vinyl. We should not be nostalgic of losing something, it is nostalgic to keep the roots of something that was good, and not to destroy it completely,” she said.

For her latest studio offering, Mouskouri opted not to put any Greek songs on there, since she would like to someday put out an album entirely of Greek songs.

Regarding the key to longevity in the music industry, Mouskouri shared the following advice that she received from Maria Callas, who was one of the biggest singers in the world at the time. “Maria Callas told me: ‘in life, it doesn’t matter what you do, the most important thing is why you do it, and how you do it.’ In my life, I did all of my singing with love and for love. I continued to follow and get new songs, and I continued to learn. Here I am, 65 years later.”

Mouskouri continued, “I owe it all to the people and the audience who listened to me, and they believed in me. I always tried to be honest in them, and not to disappoint them.”

The veteran songstress revealed that her classic song “Hartino To Fengaraki,” which translates into “The Paper Moon,” is the song that she closes all of her live shows with. “That was my very first song,” she said. “In fact, one needs to believe in themselves. ‘Hartino To Fengaraki’ is a very beautiful song, and it is always with me.”

On April 27, Mouskouri will be performing at the Palace of Fine Arts Theatre in San Francisco, California, and two days later, on April 29, she will play at the Saban Theatre in Beverly Hills, California, prior to making a tour stop at The Moore Theatre in Seattle, Washington, on May 1. For the rest of May, she will be performing concerts in Canada. “I have not been to the United States for a number of years,” she said. “I am looking forward to returning back to America, and I hope that the people will remember me.”

On July 5, 2018, Mouskouri will be performing in her native Greece, at the Odeon of Herodes Atticus (“Herodeon”) in Athens, where a portion of the proceeds will be donated to ELPIDA, Association of Friends of Children with Cancer.

On the impact of technology on the music business, Mouskouri said, “This is not my favorite, because I am losing tracks. Now, it is a bit difficult. I understand that this is life. Also, with the technology, we lose the basics, which is the identity: where a record comes from, where a singer comes from, and why the singer sings a certain way. It is tricky since it is diffused very easily. After all though, you can’t stop progress. As older artists, we cannot catch up as much.”

For her fans, Mouskouri concluded, “I am always learning new things. I have children and grandchildren now, and all of these things made me learn how to be in a family, and how to be treated by my children. Love and happiness is not something that you can have once in life, and put it in a pocket, and say that it’s there forever. You have to cultivate love. You have to care so they can care for you. You have to care for everything. It’s a philosophy. You respect your life, and you respect your audience and your singing as well. All this made me to survive for a long time. The first time I came to the United States was in 1962, when I was recording with the great Quincy Jones.”