The Betrayal of Hagia Sophia    by  Theodore G. Karakostas 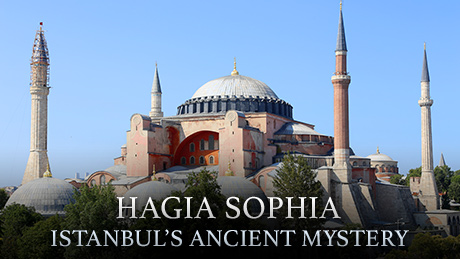 Since 2013, the Islamist government of Turkey has been proceeding to seize Hagia Sophia as a Mosque. Turkey began by converting the Church
of Hagia Sophia in Trebizond into a Mosque, and later converted two more Church-Museums also named Hagia Sophia into a Mosque. Hagia Sophia
once the great Cathedral of the Ecumenical Patriarchate was converted into a Mosque when the Ottoman Empire seized Constantinople in 1453.
In 1935, under the secular Turkish dictatorship of Mustafa Kemal, Hagia Sophia was converted into a Museum. Under the auspices of the Byzantine
Institute of America a great deal of work was done to restore the Byzantine iconography that had been plastered over for five centuries. The world has
subsequently come to recognize Hagia Sophia and in 1985 Hagia Sophia was added to the list of World Heritage Sites by UNESCO (United Nations
Educational Scientific Cultural Organization). Such a distinction should have ensured that Hagia Sophia would be protected.
The truth is UNESCO’s World Heritage list is devoid of meaning, at least for Hagia Sophia. Since 2013, I have spoken with representatives from UNESCO’s
New York Office and even visited their World headquarters in Paris in March 2015. I have been told repeatedly in person, by phone, and electronic mail
that Turkey may do as it wishes to Hagia Sophia. Since the site is located within Turkey, it is up to the Turks to do as they wish with Hagia Sophia. To
date, UNESCO has not protested Turkish encroachments on Hagia Sophia.
These encroachments include holding Islamic prayers within the Great Church, a practice that became a routine in July 2016. In addition, on various
occasions large crowds of Muslims gathered outside Hagia Sophia to say their prayers. In October 2016, President Reccip Teyyep Erdogan formally
appointed a Muslim Imam to Hagia Sophia. The facts are unmistakable. Despite all this evidence, UNESCO has firmly refused to speak against the
Turkish violations of a World Heritage Site. I was told in Paris by UNESCO’s Chief of Europe and North America that UNESCO has been assured
that Turkey was not contemplating the conversion of Hagia Sophia.
There has never been any public statement on the part of Turkish officials to officially deny that they were making Hagia Sophia into a Mosque. In January
2014, Turkish Deputy Prime Minister Bulent Arinc openly called for the conversion of Hagia Sophia into a Mosque. Turkish officials have been very open
and honest about their intentions for Hagia Sophia. Unfortunately, UNESCO refuses to take any sort of a public position. No one is suggesting instigating
an international incident over Hagia Sophia, but at a very minimum it would have been appropriate for UNESCO to express public opposition to Turkish
plans before the international media and to inform various Governments on the matter.
In July 2016, the UNESCO World Heritage committee assembled in Constantinople to discuss the “destruction of heritage” according to the Committee for
Cultural Policy. UNESCO also gathered to add more places to their list of World Heritage Sites. How ironic that UNESCO gathered in Turkey to discuss the
destruction of heritage during the same period that Ankara was moving to Islamicize Hagia Sophia. It turned out that UNESCO’s conference was disrupted by
the Coup attempt against the Erdogan government. Anyone observing Turkey over the years should have known about Turkish instability and extremism.
Indeed, Columbia University in New York had published a report about the ties between Turkey and the Islamic State.
Earlier, on May 29 the Erdogan government organized a large scale celebration to commemorate the Fall of Constantinople in a display of blatant chauvinism
and triumphalism. UNESCO’s decision to hold a conference in Turkey was a betrayal not only of Hagia Sophia, but the very principles of human rights, freedom
of religion, and minority and political rights all of which had previously been violated by the regime in Ankara. UNESCO’s decision to convene in Turkey is
comparable to the International Olympic Committee’s decision to hold the Olympic Games in Hitler’s Germany.
UNESCO is not the only party that has betrayed Hagia Sophia. The silence emanating from Byzantine historians, scholars, and academics is also deafening.
One would have thought that the intellectual world would have been raising the alarm at the potential loss of Hagia Sophia. If Turkey goes all the way with
Hagia Sophia and completely Islamicizes the Great Church, the iconography will inevitably be destroyed or covered as occurred in 1453. What do we learn
about the present circumstances regarding Hagia Sophia?
I am inclined to take away the reality of Christophobia, the secular world’s bias against Christianity. The Church of the Holy Wisdom (Hagia Sophia) of God
is named for Jesus Christ himself. An attack on the Church is blasphemous in more ways than one. Hagia Sophia also gives us a glimpse into the continued
apathy of the world toward Turkish abuses. The destruction of this Church and other Churches in the Middle East, not to mention the genocide of Christians
in Syria and Iraq gets no attention whatsoever from the powerful of the world. It also illustrates the extent to which the Greeks are alone as usual.
Our claim to Hagia Sophia is theological, national, and moral. Theological because as I told the UNESCO Chief in Paris Hagia Sophia is the product of the
Gospel and Orthodox theology. National because Greek Christians hiding in Hagia Sophia on the day Constantinople fell were dragged out and sold into
slavery or slaughtered, and ultimately moral because Greeks alone with a few others are raising their voices in protest at the crimes against Hagia Sophia.
Share
Facebook
Twitter
Pinterest
WhatsApp
Linkedin
Email
Viber

Previous article
HELLENIC AMERICAN CHAMBER OF COMMERCE HONORS NITZIA LOGOTHETIS AS PERSON OF THE YEAR
Next article
Join us in extending Name Day wishes to His Eminence Archbishop Demetrios, Geron of America. Χρόνια Πολλά! May God grant him many years!