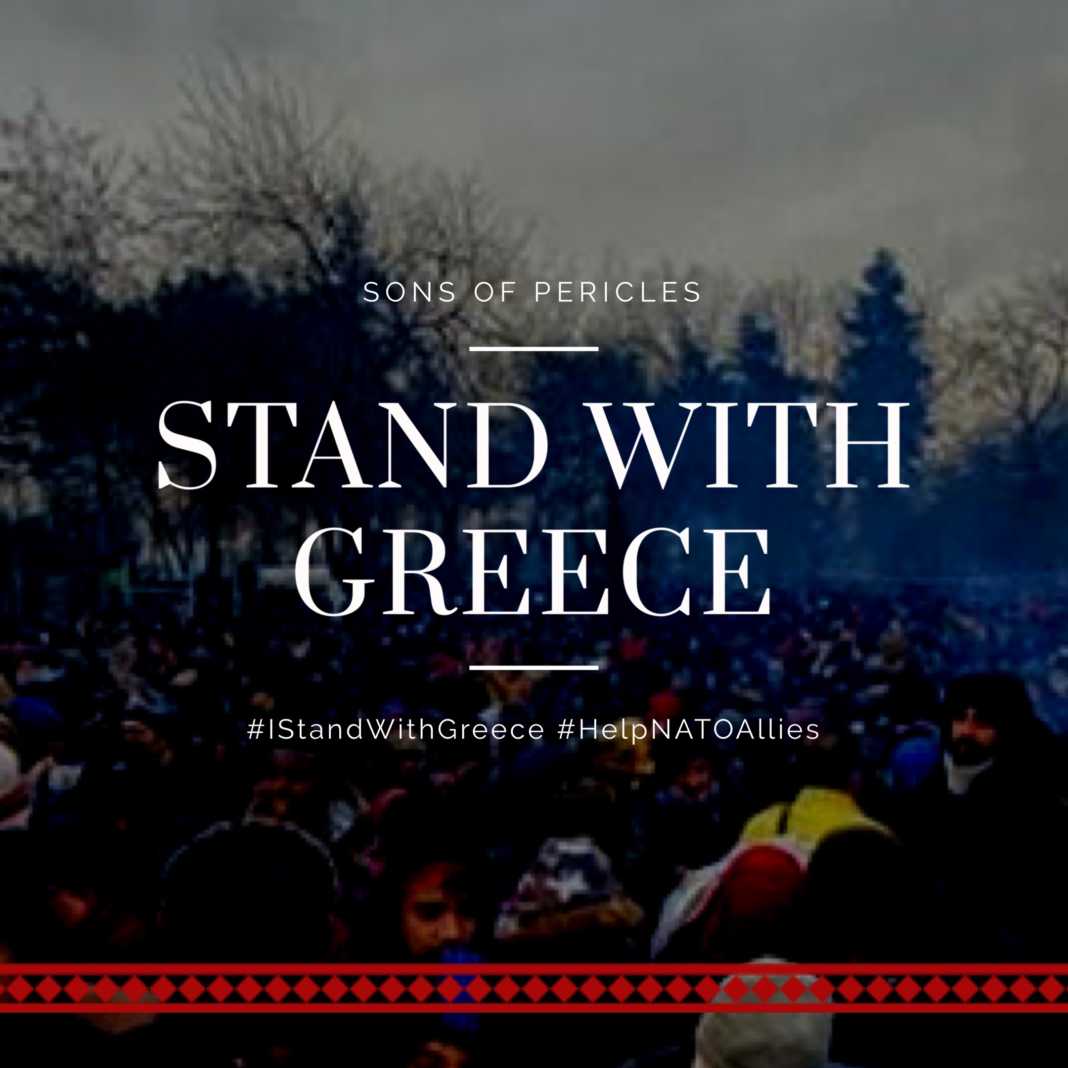 On behalf of the Order of the Sons of Pericles and the youth in the Hellenic community, we ask all of our members and supporters to contact your representatives and relay to them the urgency to act now with respect to the migrant crisis in Greece. Visit sonsofpericles.org/standwithgreece to see our draft letter to the U.S. Senate and contact your Senator now!

For years, Greek islands have been housing refugees from the Middle East, a burden which is increasingly becoming unbearable for Greece alone. Amid recent unrest in the islands over the proposed construction of detention centers, the crisis has now escalated and is reaching its peak at the Evros border and across the Greek borders in the Aegean. Over the weekend, approximately ten thousand migrants (mostly males between 18-25) attempted to flood the borders of Greece, throwing rocks at Greek authorities in the process. These recent updates come days after Turkey has eased its restrictions on migrants crossing Turkish borders into Greece and evidence has surfaced that Turkish authorities have even aided in the transport of migrants from Istanbul to the border.

What Can Be Done?

We are asking all members of Congress to:

How Can I Help?

Reach out to your U.S. Senators and Representatives, urging them to carry out the above actions, to ensure that Turkey immediately stops its organized campaign to send migrants across Greek borders, and to ensure that NATO member states located in the European Union increase their support of Greece and share their portion of the burden during the current crisis.

Be a part of our organized social media campaign raising awareness and encouraging action, by using the tags #IStandWithGreece, #GreeceIsNotAlone, #HelpNATOAllies, and #WherestheEU.

We will continue to monitor the situation overseas and provide periodic updates. We hope for a quick and effective resolution to this ongoing crisis and we thank the members of the Hellenic Armed Forces who are sacrificing their safety to defend the national security of the Hellenic Republic in these times.