When cancer strikes, a welcome home for Greek families 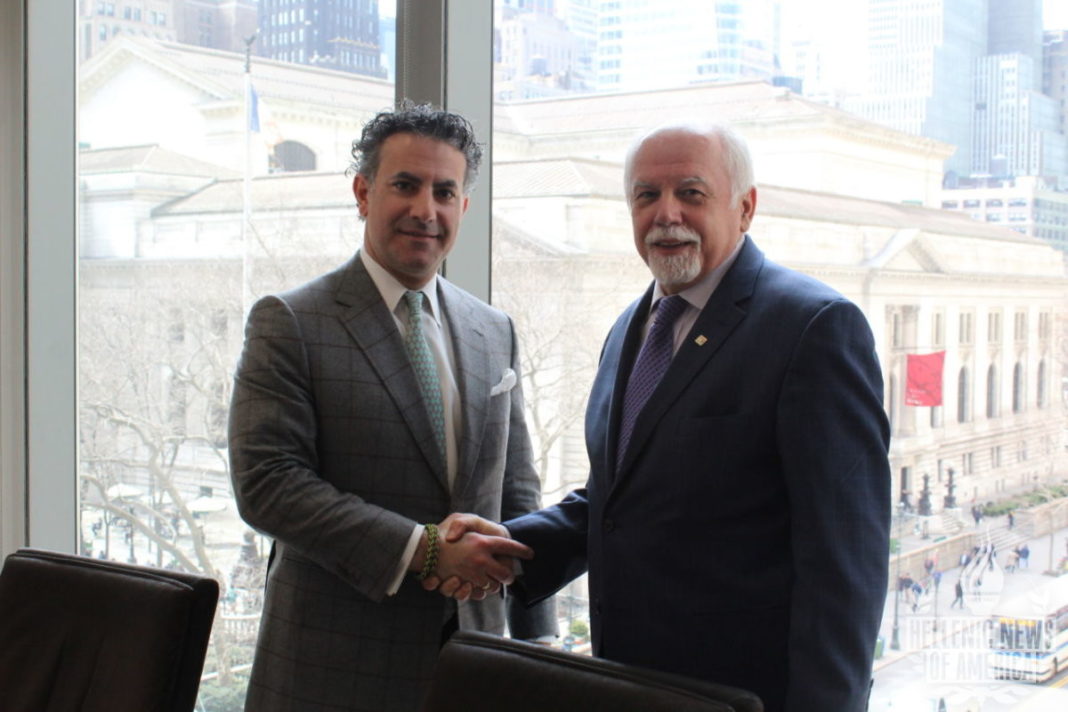 By David Bjorkgren and Paul Kotrotsios, Special to the Hellenic News of America

The Ronald McDonald House is known worldwide as a place where families can stay and get help while their child undergoes cancer treatment.

Few, though, are aware of a Greek Division at the Ronald McDonald House in New York that caters specifically to Greek, Cypriot and Greek American families who are bringing their children to New York for cancer treatment.

The Ronald McDonald House New York at East 73rd Street in Manhattan is close to 13 major cancer treatment centers. It can accommodate 84 families and is filled to capacity almost every night.  The Greek Division of the House has had as many as 14 families staying at one time, according to Michael Bapis, chairman of the Greek Division. Since it was founded in 1978, the Ronald McDonald House New York has provided temporary lodging and care for more than 35,000 families.  The Greek Division has helped more than 10,000 Greek families.

Bapis has been the Greek Division chairman since May 2014.  He is managing director of the Bapis Group at High Tower, a private wealth management practice. He also sits on audit and grant committees at Leadership 100.

He has nothing but high praise for the Ronald McDonald House organization and for the work at the Greek Division.

“They do really fascinating work, being a home away from home for the people that are going to Sloan or some other cancer hospital,” Bapis says.

The families that come to Ronald McDonald House have been “disjointed from their warmth,” and are often out of their element. The House provides them with a meal, and affordable housing.

Families are asked to donate just $35 a night, though no one is turned away if they can’t pay.  Families are offered a safe, clean and supportive place to stay. They are provided with private bedrooms, family rooms, a kitchen, a library, computer room, playroom, laundry facilities, tutoring and activities for the children and transportation.

“At our House, families are welcomed with love and comfort. Lifelong friendships are formed among people who understand what it’s like to cope with such a devastating diagnosis. Here, families fighting cancer find the hope and support they need,” reads a statement on the House’s website.

The emotional ties for the children staying at the House can last decades. Bapis recalls when one of its visitors returned to play the Bouzouki at last year’s Christmas party.

“He was there when he was four years old. He just came back during that time last Christmas for treatment and to make sure he’s OK and he’s 22 years old. There wasn’t a dry eye in the place,” he says.

Bapis is hard at work making sure the Greek Division has the funds and volunteers it needs to operate.  Much of the support comes from the local Greek community within the Tri-State area. Fundraising efforts include the annual “Walk of Love” walk-a-thon, planned for June 10 this year, with a big festival kick-off  April 27.  The Greek Division also holds its annual Christmas party in December at the New York Athletic Club.  About $350,000 a year is raised for the Division.

The Greek Division at the Ronald McDonald House New York is the only cultural or ethnic division. He encourages families in need of their services to check them out.

“If there’s families coming to Sloan and they’re from outside this area we would love to know about it if they’d like to stay or even come for dinner,” Bapis says. “Families can get involved. I would encourage everybody to tour the house. We have open houses.”

Another way to get involved is to sponsor dinners at the House. Sponsors are asked to donate $1,200 to $1,500 to help cover the meal costs. There’s a three month waiting list for sponsors to sponsor the dinners, he says. His firm, Bapis Group, sponsors four times a year through a program called “Ronald McDonald High Tower Cares.”

“We’ll have 20 employees from here go serve dinner and we’ll sponsor the dinner,” he says.

A native of Greece, Sideris was named chairman of the Greek Division in 1988. During her tenure, her accomplishments included raising money to help fund the construction of the House’s current location on East 73rd Street.

“She was the passion behind it,” Bapis says. “She was the operator and I think her legacy will always be there.”

Her legacy can be found at the House, where a board room is named after her.

In 2008, both Niki Sideris and Harris became inaugural recipients of the Ronald McDonald House New York Hope Awards, an honor which recognizes four individuals each year who have gone above and beyond to inspire hope in the lives of children and families battling pediatric cancer.

Bapis also speaks enthusiastically about his work with Leadership 100, which provides charitable funds and educational support to the Greek Orthodox community. He spoke at the recent Leadership 100 conference that took place in Florida.

“We support the Hellenic College and the priests because if we don’t have priests, the communities fall apart,” he says. “It’s a great organization.” Bapis chaired a committee that started a young professionals group at Leadership 100. He was pleased that every speaker at the conference this year was willing to spend as much time as needed talking with and helping the young professionals in the group.

“They were engaged with the youth. They were passionate about it so that’s a testament to the organization,” he says.

Bapis’ charitable works grow out of the Hellenism and Orthodoxy that are important influences in his daily life.

“For me it’s the founding of Democracy,” he says, something that was not lost on President Trump when the White House recently recognized Greek Independence Day.

“I was at the White House…and when you hear the president of America say ‘this is the foundation of Democracy,’ that’s where it comes from.”

With Hellenism comes Orthodoxy. For Greeks and Greek Americans, the church is the community, he says. “Our kids do the dances, they do basketball, they do soccer, they do Sunday school, they do Greek shows. Everything is at the church.  We don’t have Hellenism without Orthodoxy and, I think, Orthodoxy we don’t have without Hellenism. Those beliefs are intertwined.”

When asked about the financial crisis in Greece, Bapis is optimistic.

“What this crisis has brought is an entrepreneurial spirit to Greece. I think you’re going to see numerous entrepreneurial opportunities coming out of Greece. You will see companies that are started because that’s their only choice,” he says.

He would like to see a more pro-business stance from the government, but even so, he feels the nation has turned a corner.

“I think they’re moving in the right direction. The service model, they’ve figured it out.  The taxi drivers were very polite. Everywhere you went, people had a much different attitude toward tourism.”

This is supposed to be a record year again for tourism in Greece, he points out. 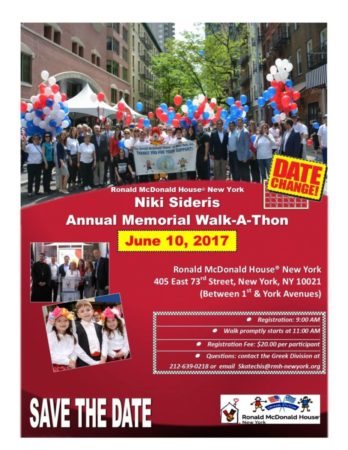