CommunityChairman Menendez Recognized by Governments of Greece and Cyprus for his Commitment...
CommunityGreecePolitics 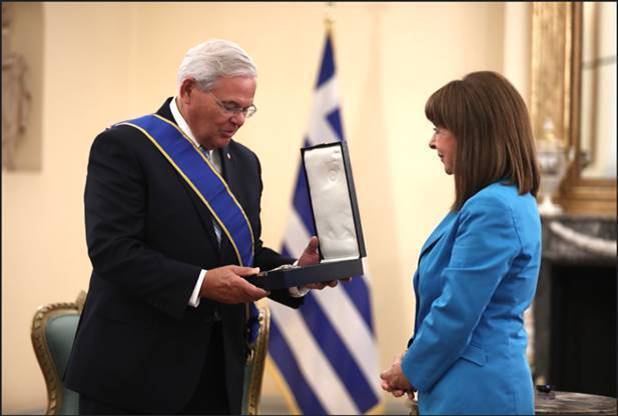 U.S. Senator Bob Menendez (D-N.J.), Chairman of the Senate Foreign Relations Committee, travelled to the Eastern Mediterranean earlier this month to assess and advance the partnerships among the United States, Greece and Cyprus.

Senator Menendez was invited to be the keynote speaker at the “Greece in 2040” event organized by the “Greece 2021” Committee, on August 26.  The event took place at the Acropolis Museum with a group of high-level dignitaries in attendance, including Foreign Minister Nikos Dendias, U.S. Ambassador to Greece Geoffrey Pyatt and several senior members of the Greek government.  The ceremony marked the first in a series of events organized by the government of Greece in celebration of the bicentennial anniversary of the Greek Revolution of 1821. 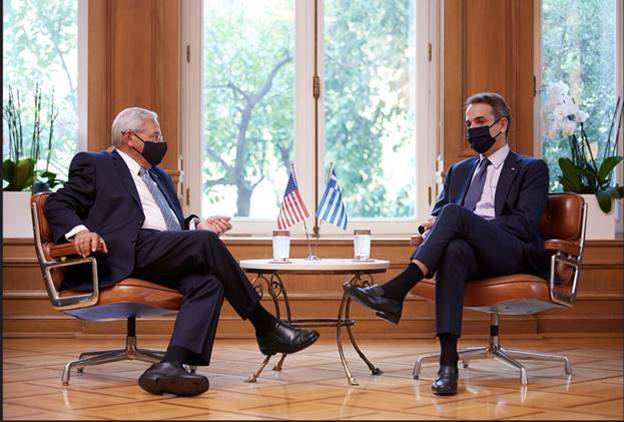 “It is up to us, and free people around the world, to keep alive the flame of democracy lit by ancient Greece millennia ago.” said Chairman Menendez, laying out his vision for the future of the U.S.-Greece relationship grounded in working together to face the rise in anti-democratic movements, including the geostrategic challenges posed by China, Russia and Turkey. “At a time like this, going it alone will never do. Because only together can we turn a time of great peril into a time of great promise, both for the Hellenic Republic and the partnership between our nations.”

Chairman Menendez also met with Greece’s Prime Minister Kyriakos Mitsotakis and President Katerina Sakellaropoulou to discuss the bilateral relationship. President Sakellaropoulou hosted a decoration ceremony in the presidential palace to bestow on the Senator the “Grand Cross and the Star of the Order of Honor” for his decades-long efforts to strengthen the United States’ support for the Greek people and for our countries’ enduring partnership. 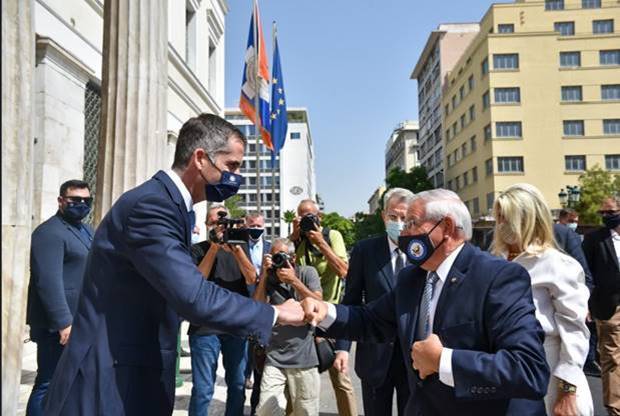 In Cyprus, Menendez met with President Nicos Anastasiades to discuss continued efforts to foster peace, stability and security in the Eastern Mediterranean, as well as the importance of the U.S.-Cyprus relationship to promote shared values and principles of democracy, rule of law and human rights.  President Anastasiades awarded the Senator with the “Grand Cross of the Order of Makarios III,” the country’s highest civilian distinction. 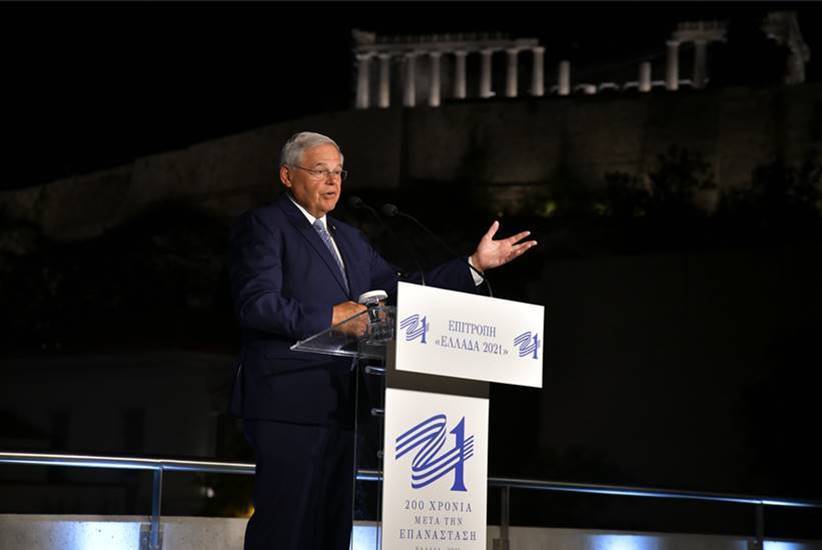 “I am deeply honored and grateful to be accorded these wonderful honors by the governments of Greece and Cyprus. My commitment to the United States’ relationship with these close allies is deep.  It is long standing. And it will endure as long as I am a United States Senator and beyond,” added Chairman Menendez. 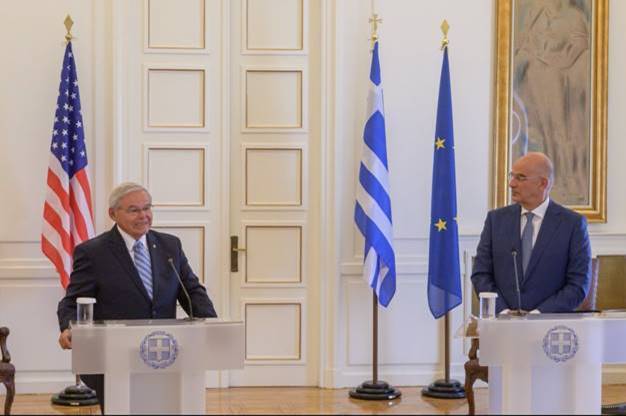 While in Athens, Chairman Menendez also met with Greece’s Foreign Minister Nikos Dendias, Defense Minister Nikos Panagiotopoulos, Minister for Development and Investment Adonis Georgiadis, Parliament Speaker Konstantinos Tasoulas, and Athens Mayor Kostas Bakoyannis.  His meetings focused on the security issues in the region, geopolitical challenges posed by China and Russia, the implications of the U.S. withdrawal from Afghanistan and the common threat of climate change as the Hellenic Republic and the U.S. confront devastating wildfires. The Senator also received the “Star of Merit and Honor” by the Ministry of Defense and the “Medal of City of Athens” by City Hall for his contribution to the strengthening of US-Greece relations.