CHAIRWOMAN BARBARA A. MIKULSKI OPENS HEARING ON EBOLA WITH CALL FOR “ALL...
Featured

CHAIRWOMAN BARBARA A. MIKULSKI OPENS HEARING ON EBOLA WITH CALL FOR “ALL HANDS ON DECK” 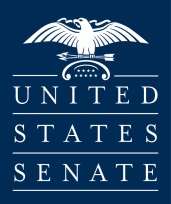 The following are Chairwoman Mikulski’s remarks, as prepared for delivery:

“I am deeply concerned about Ebola both here at home, and abroad. We must contain and eradicate this disease and face the fear it generates.

“This is a serious situation that requires an all hands on deck, all government response.

“The three principles that should guide the U.S. government response and frame the way we view this request are: First, we need to fight the disease at its epicenter. That means focusing efforts in West Africa, specifically in Guinea, Liberia and Sierra Leone.

“We’re working together with the international community to stop the spread of the virus within the three countries as well as to contiguous countries and other locations around the world. That is why protecting the United States is essential.

“Second, we need to protect America at points of entry, such as airports and shipping ports.

“And finally, we need to protect America by utilizing the best science and deploying it through our public health and safety agencies.

“Our state and local health departments are on the ground combatting the disease. And we must offer our full support to them along with the disease detectives at the Centers for Disease Control and Prevention (CDC), the scientists developing vaccines and treatments at National Institutes of Health (NIH) and those at the Federal Drug Administration (FDA) who are working to ensure the safety and efficacy of any new vaccines or treatments.

“I want to say thank you to the health workers on the front lines. I’m so proud of the doctors, nurses, lab technicians, disease detectives, soldiers, aid workers, volunteers and members of civilian agencies like the U.S. Agency for International Development (USAID), Department of State and CDC.

“All of these people and our ever ready military are selfless volunteers who are willing to rush into danger in Liberia, Sierra Leone, Guinea and here in the United States. You are all indispensable to containing and ultimately eradicating this deadly outbreak.

“I want to welcome Deputy Secretary of State Heather Higginbottom who will be accompanied by Nancy Lindborg of USAID. She will tell us about the needs in West Africa and efforts to stop the spread of Ebola at the epicenter.

“Secretary of Homeland Security Jeh Johnson will discuss how to protect America’s ports of entry.

“And Secretary of Health and Human Services Sylvia Burwell is our clean up hitter today. She’s accompanied by America’s Doctors: Dr. Thomas Frieden of the CDC and Dr. Anthony Fauci of NIH. They will tell us about public health, development of treatment and vaccines, preparedness and battling the disease overseas.

“We have before us the Administration’s request to contain and fight Ebola, which amounts to $6.2 billion in emergency spending. The Ebola crisis meets the criteria for emergency spending because it is sudden, urgent, unforeseen and temporary.

“The Department of Health and Human Services would receive $3.12 billion to help contain Ebola in West Africa, support Ebola monitoring for travelers to the U.S., fortify domestic capacity to treat Ebola with treatment centers in every state and Personal Protective Equipment for caregivers and develop and test new Ebola treatments and vaccines.

“The FDA, within the Department of Agriculture, would receive $25 million for safety evaluation and approval of Ebola drugs.

“Although Ebola is frightening, we have dealt with public health crises before. Many will recall that in 2009 we were facing the H1N1 Flu pandemic.

“As many as 30 million Americans caught the virus and hospitals were filled with those who had symptoms. In the end, nearly 3,000 Americans died.

“The result was we responded to the immediate need with vaccinations and treatments, and built the capability to prevent future outbreaks.

“That bipartisan emergency response in 2009 mirrored the response that we faced with the Avian Flu outbreak under President Bush.

“At that time, Congress also responded with $6.1 billion in emergency spending. So we have a clear record and a model for acting.

“When disease strikes, Congress responds in a bipartisan way. We provide emergency funding resources to respond at the epicenter, slow or stop the spread of the disease, provide treatment and prevent future outbreaks with new vaccines.

“That is just how we should respond this time to the Ebola crisis.

“We all have questions about our response to the spread of Ebola to date: Did the international community respond quickly enough as Ebola emerged? Did years of austerity and sequester weaken public health infrastructure, vaccine development, or international health capacity?

“But I also want to be forward looking: What do you need to stop Ebola in its tracks? How do we fight this at its epicenter? How do we contain it from spreading within the U.S.? Do hospitals have enough surge capacity if the disease spreads? How do we stop Ebola at our ports of entry? How do we balance privacy rights with public safety?

“I want to know what kind of capabilities $6.2 billion in requested resources can buy? And, what are the consequences if Congress fails to act?

“Today, we live in a world that is free from smallpox and has cut polio cases by 99 percent. People lived in fear of these diseases, but now we have vaccines for them.

“How did we tackle these diseases? We did so with strong worldwide public health efforts, vaccines to prevent disease and therapeutics to treat disease.

“Those are the same steps needed to stamp out Ebola before it becomes a worldwide pandemic.

“We have 59 submissions of written testimony from 116 organizations, ranging from Non-Governmental organizations and hospitals to health workers, first responders and researchers.

“The common themes are that emergency funds are needed in the short term and that sustained investments are needed in public health both at home and abroad.

“I look forward to hearing from our witnesses on how we can replace the fear of Ebola with firm resolve, and the resources needed to stop Ebola and protect America.”