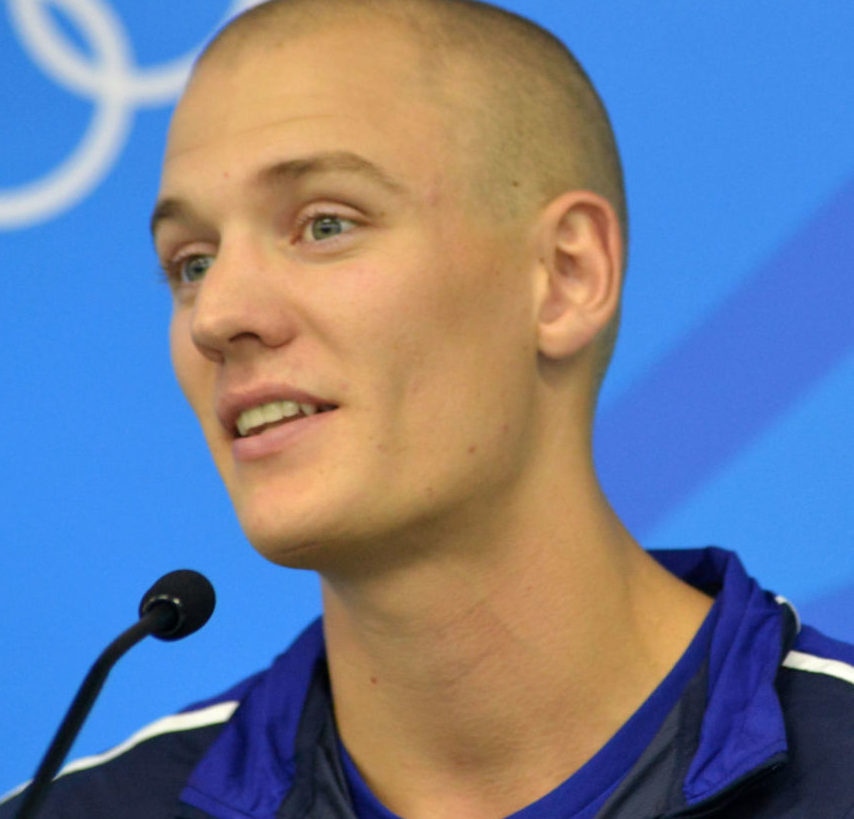 By: Markos Papadatos
Oxford – Olympic bronze medalist pole vaulter Sam Kendricks chatted with me about his experience at the 2016 Olympic Games in Rio de Jainero, his motivations, as well as his future plans.
Kendricks is the epitome of good sportsmanship, grace and class in the track and field event of pole vaulting.

“It has been a long journey,” he admitted. “We have a saying in track and field that ‘every medal is a gold medal.’ It basically means you went to the Olympics and you did what you were supposed to do, and you achieved your goal. If you are a young athlete and you expect to win a gold medal, then you are really fooling yourself. You are not giving the credit to the other competitors that you should. I was really happy to come away with the bronze medal. I did my best in the competition. I could not be disappointed with a bronze medal at all, so I’m very happy with it.”

Kendricks had nothing but kind remarks for world record holder Renaud Lavillenie, who took home the silver medal in Rio. “Renaud and I have traveled together for the last couple of years, and I’ve always looked up to him as a jumper. He’s a great host whenever I am in France,” he said.

The Oxford, Mississippi native’s goal in life is to jump over the six meter vault on the shortest pole. “I jump on a carbon fiber pole, and I use the best material that is out there,” he said.

A very important role model in his life, is his father and coach, Scott Kendricks. “A coach’s kid has to have an advantage. My father was my high school coach and he is actually coaching my little sister and my little brother right now. I was very small in junior high school, and I didn’t have a spot on his high school track team, so he taught me an event that not many other people had the chance to learn well, which is the pole vault. It really gave me a niche on his high school team, and we learned the event together,” Kendricks said.

When asked what motivates him every day, Kendricks responded, “As an athlete, and now as a soldier and civilian solider, I am always trying to find the next thing to excel at. If you are an athlete, it may be speed, endurance or focus. All these different aspects can come together to make you a much better competitor, and that’s what drives me. I want to find that next area that’s going to make me better a little bit, which will make the pole vault higher and be a better leader.”

In his personal life, he just celebrated his 24th birthday. “It has been a fun time here in my hometown in Mississippi. We really had a good time. It has been the first time I have been home in the last four years for my birthday,” he said.

His plans for the immediate future are to continue his duties with the U.S. Army, where he serves as a second lieutenant. “As a reservist, I have 14 weeks of training,” he said. “After that, I go directly in the indoor season for next year. I am really training for that outdoor world championship. I am trying to ascend to the next level.”

While reflecting on the last three years, he shared that he sees “a lot of patience, and good people with good advice.”

For his supporters, he concluded, “Thank you. As an athlete and an American, we feed off of the good graces of those around us. It’s because of good people that I was able to jump my best and attain that new height. It’s not what they have given me, but what they have allowed me to achieve.”

He defined the word success as “not an endpoint, but as a journey.” “Success is about finding the journey and not the end,” he concluded.