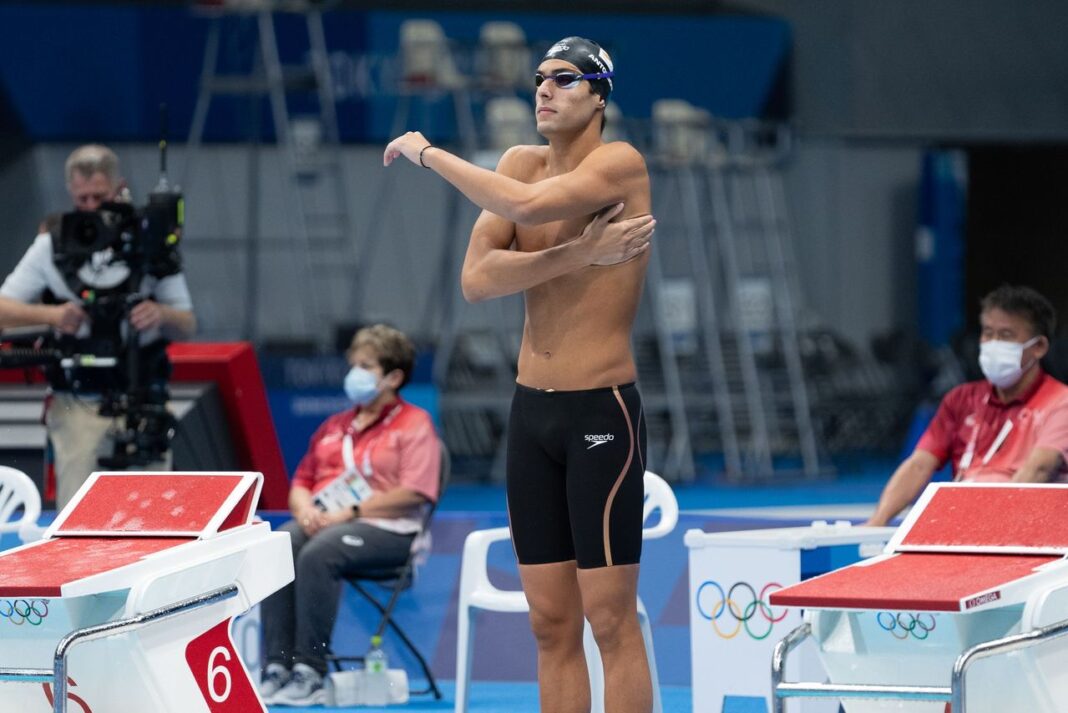 Cypriot swimmer and Olympian Nikolas Antoniou is the pride of Limassol. He chatted with HNA’s Markos Papadatos about his experience at the Tokyo Summer Olympic Games, where he competed in the men’s 50 meter and 100 meter swimming events.

Antoniou opened up about competing in his first summer Olympic Games in Tokyo. “First of all it was, it was a relief for me because it was my main goal this year and I really sacrificed a lot.  Feeling the vibe of the Olympic stadium was astronomical and competing at that high level with the best athletes all over the world was a gigantic motivation that I needed,” he said.

He is drawn to the sport of swimming for many reasons. “Actually swimming is so complicated and that’s why I love it, it’s all about technique, power, hours of practice, and mostly will,” he said. 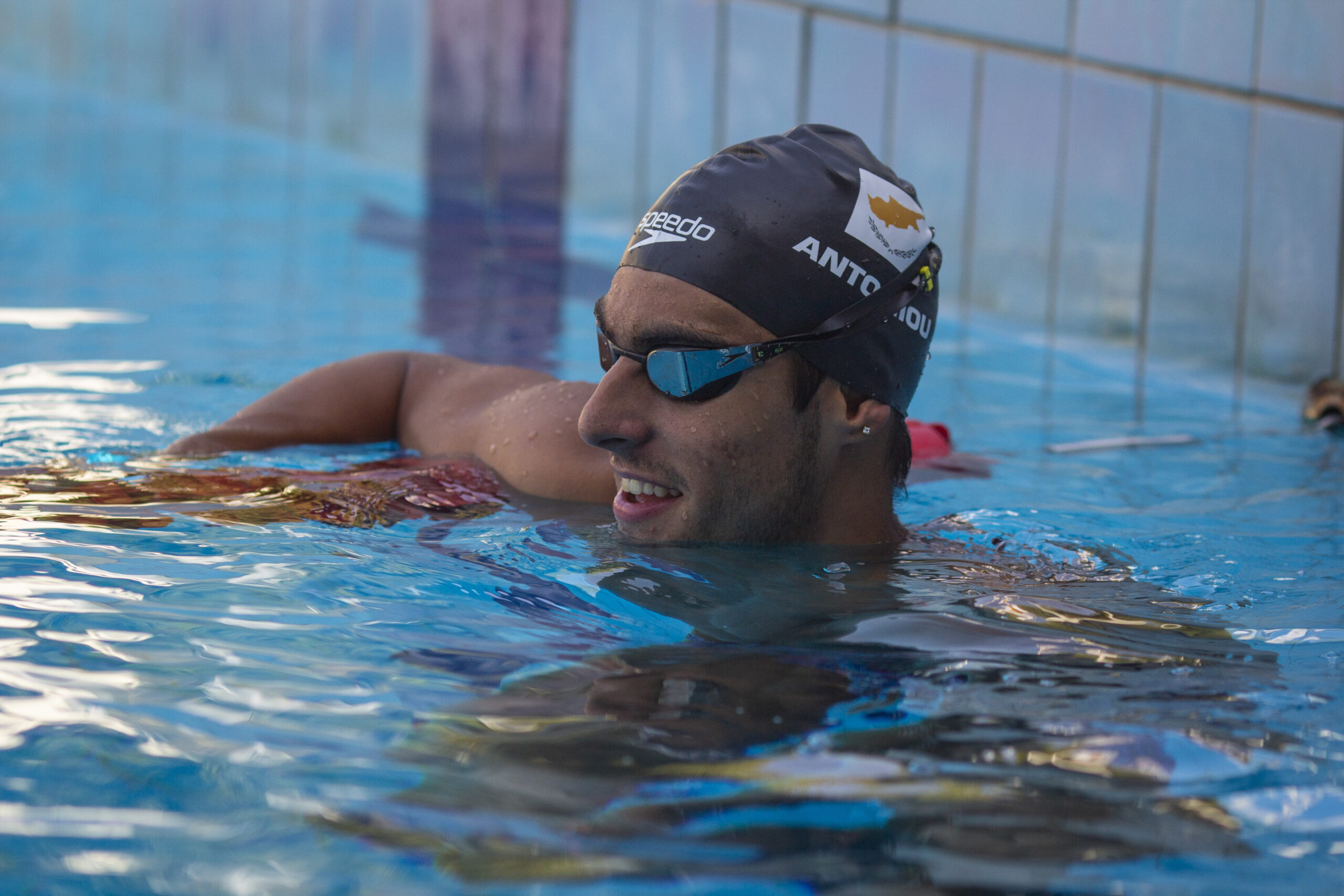 Antoniou continued, “My motivation for me to keep pushing more and more every day is that I’m spending uncountable hours of training for swimming, why not just give everything that I have in the tank and see where it goes. Lots of friends of mine, sacrifice hours of their lives for swimming and in general sports, but see it as a hobby or even a chore as it is a part of their daily routine.”

“If you don’t love it anymore just take a break and see if you missed it. I’m not that experienced to give out advice (as I’m just 17 years old), but I can say that if you like a sport give it a go, enjoy it, nothing more. Improvement comes through time,” he added.

He shared the greatest lesson that the sport of swimming has ever taught him. “It’s the 24-hour rule,” he said. “Succeed or not, 24 hours left. My coach Stavros Michaelides taught me that when we started working together when I was just 12. A rule that I use daily for every part of my life. 24 hours to enjoy and party about a victory or 24 hours to ‘mourn’ about a failure. And that’s it. The chapter’s done. Using it in my daily life helped me a lot with school as well, and in general, everything,” he said.

On his ethnic background, he remarked, “My mother has origins from Greece but my father is a full Greek-Cypriot. I love living in Cyprus and especially in Limassol, a small city compared to cities worldwide but I can confirm that it is gorgeous. A small island with summer 11 or 12 months a year, what else can anybody ask for? You can also see the whole city (Limassol) in just 20 minutes. Good things come in small packages.” 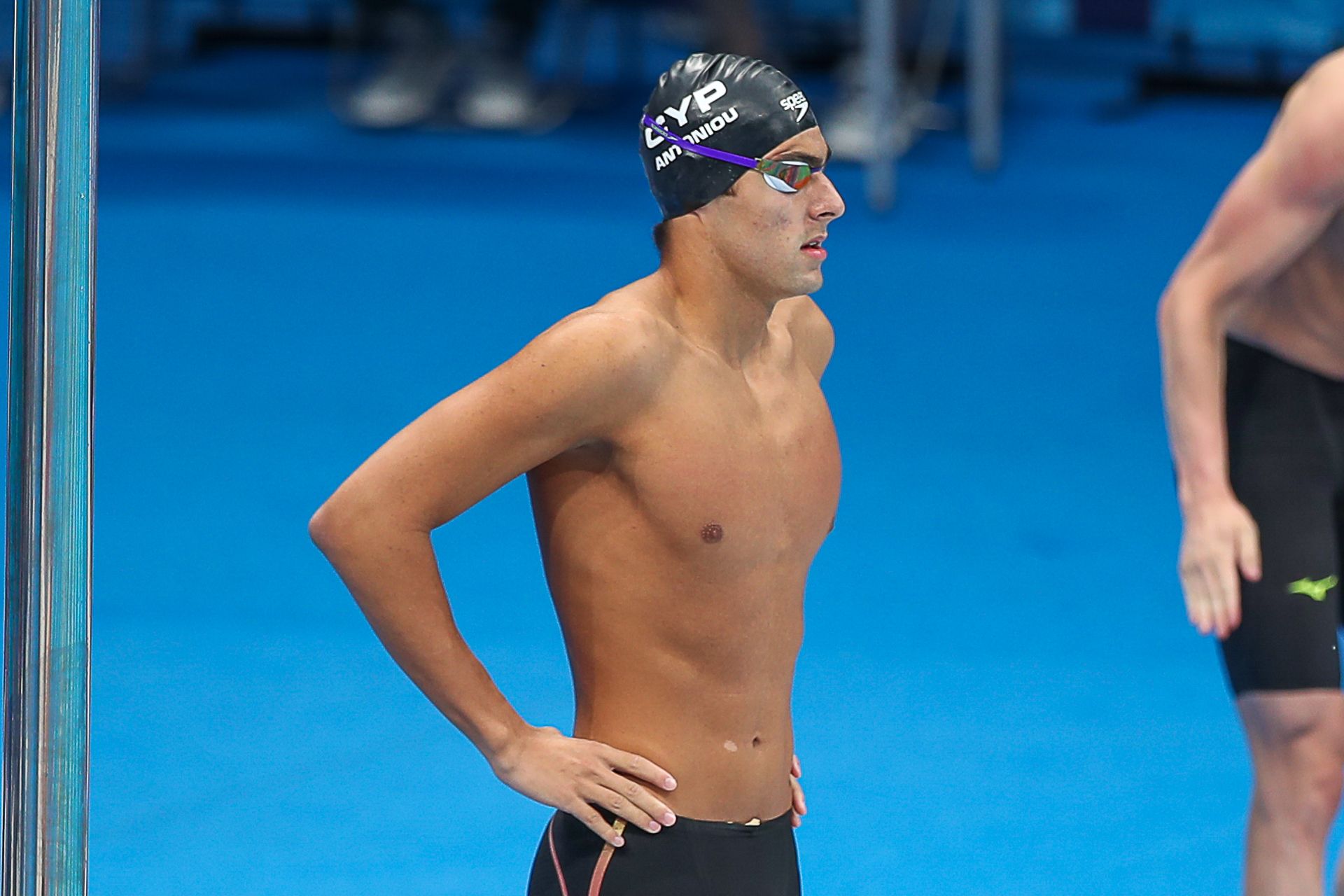 “The other three strokes have only 50-100-200 meters. But in the Olympics, the 50 meters race (the show race) is just freestyle so the other three strokes have only the 100-200 at the Olympics. In my opinion, freestyle is not the most difficult event to execute in swimming but it is the harder one to succeed as it is the most competitive event with the most athletes,” he explained.

For his fans and supporters, he concluded, “The past few weeks I got so many messages and calls and posts from my friends and supporters that helped me a lot. I can’t describe the feeling, but that’s one more reason for me to push more and prove them right about believing in me. I really want to thank them and say that I’ll do my best to represent them.”