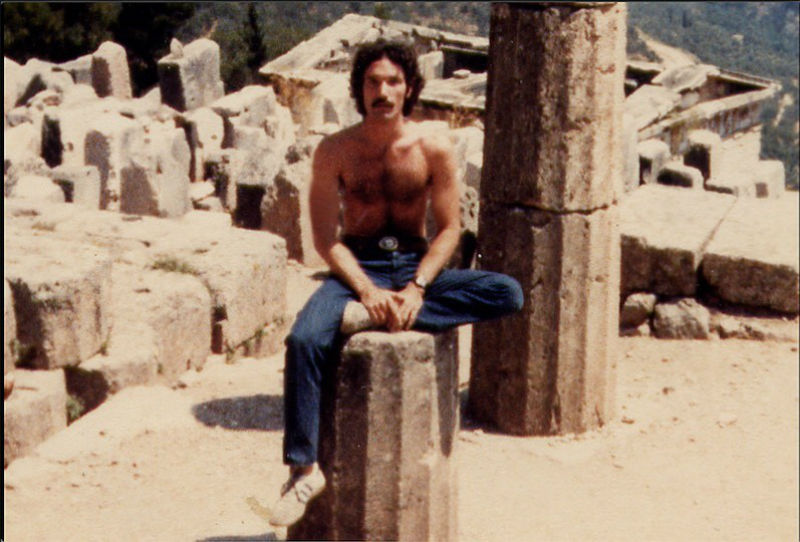 Acclaimed musician Gary Drum chatted with HNA’s Markos Papadatos about his harp music and the aspects of his creative productions and electro-acoustic harp.

He acknowledged that he has a deep fondness and appreciation of Greek culture and its rich history and people. He has traveled extensively to Greece in the early ’80s. “I loved Greece and Greek culture,” he said. “I’ve been to Athens, Delphi, Hydra, the Meteora, Epidaurus, and I traveled all over Greece.”

“Basically, my involvement with ancient philosophies and ancient music influenced my music,” he said. “In the Indian tradition, they talk about the ‘nama’ and the ‘rupa,’ which translates into name and form, which is the basis of our creation. Sound is integral to the creation of our lives. These days, with all the turbulence that is going on in the world, it’s more important to devote ourselves to some sort of practice that brings us a sense of harmony and peace, and that can be playing the harp or an instrument or listening to relaxing music or meditating.”

For fans of harp music, he released three critically-acclaimed albums: Ascendance, The Utopia Within, and the most recent one is Undiscovered Realms. “There is a running theme through all my albums,” he admitted. “My inspiration comes from very ancient roots and the metaphysics of our lives, which I have experienced through my practices of meditation and yoga. Also, my interests in eastern philosophy and quantum physics as well.”

“In my recordings, I play all the instruments, which include guitar, harp, and drums too,” he added. “‘Ancient Memories’ from The Utopia Within is one of my favorite productions since it displays my sound engineering capabilities and my performance on various instruments,” he said.

“I became interested in the harp during the ’70s,” he said. “I was actually a guitarist back then. The harp is such an ancient instrument that has been around for millennia. My inspiration derives from my practice of yoga and wanting to convert that experience into some sort of music. The guitar is a more limited instrument, so I took on the harp, I started taking lessons in 1979 and ever since, my music evolved in an original way. I customized my harp, so it became an electro-acoustic harp.”

“While the harp is a complex instrument, I love what you can do with it,” he said. “The history of the harp is very deep, it’s very ancient.”

“I am told that nobody else in America, at the time, had an electro-acoustic harp with pickups in it, so I was surprised to hear that,” he added. 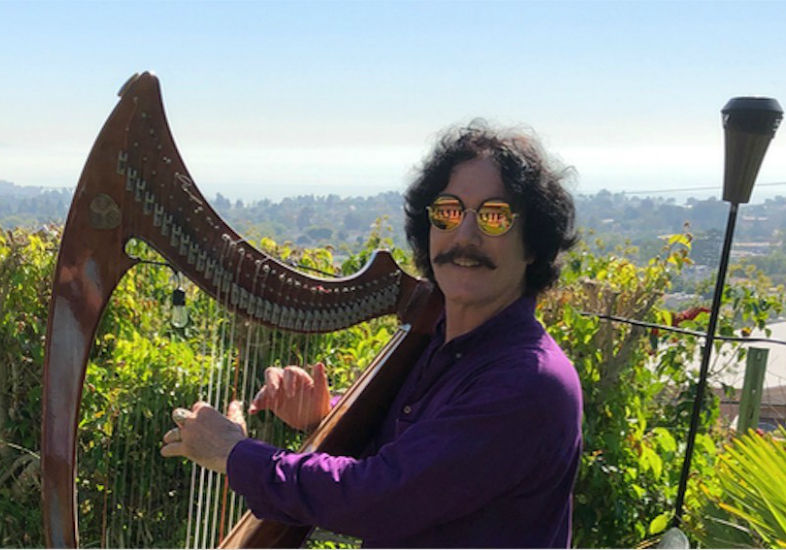 On being a harp player in the digital age, he said, “It’s a very different time now. My music is being streamed throughout the world, and I have a distributor. Interestingly enough, my music is doing well in Sweden and Scandinavia right now. Streaming and digital music opened up a whole new domain because I had analog recordings.”

For young and aspiring harp players, he recommended: “they pick out what sort of harp music they like: classical, jazz, Middle Eastern, and world music.” “They need to decide if they want to play Irish harp with the traditional Celtic tunes, or classical harp, or more contemporary fusion music with jazz elements. Art emanates from the creative spirit of the imagination,” he said.

“I am always exploring music therapy as well,” Drum said. “It’s very important for us to realize that during this turbulent time, it’s important to keep ourselves balanced more than ever, and that means keeping your nervous system balanced and your brains.”

He revealed that he is working on his fourth studio album.

Drum defined the word success simply as “fulfillment of one’s self.” “Success is a lasting fulfillment. What lasts is realizing your higher self within, then everything else follows,” he said.

His three albums are available on such streaming services as Spotify, Amazon Music, and Apple Music.