Ewing, NJ – February 17th, 2016…The College of New Jersey (TCNJ) hosted its second annual PharmaTech Symposium to highlight the scientific and business aspects of the pharmaceutical industry to undergraduate students at the college.  Over one hundred interested students attended the event which was kicked off with a passionate keynote address by Dr. Spiro Spireas, Chairman and Chief Executive Officer of Sigmapharm Laboratories, LLC.  Dr. Spireas’ love of both the pharmaceutical industry and academia emanated from his address as he encouraged students to study hard and develop a solid foundation so that one day they could be creators in whatever field they choose.  He also spoke about his own experience coming from a small town in Kalamata, Greece and using his passion for pharmaceutics and creative mind to ultimately start his own company, Sigmapharm Laboratories, which has grown tremendously since its inception in 2005 to now represent a significant share of the generic drug market in the United States.  He closed his address with a description of the endless possibilities within the pharmaceutical industry and more words of encouragement for the students.  The speech was humorous, informative and inspiring while maintaining a down to earth authenticity. 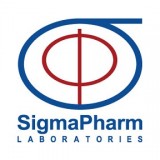