The inauguration ceremony marked the completion of the SNF’s program to replace radiotherapy equipment, through grants totaling €20 million, in public hospitals around Greece. The Stavros Niarchos Foundation Radiotherapy Program, which is now completed, includes the procurement and installation of ten linear accelerators in seven public hospitals around Greece, the grant also covers the maintenance of all linear accelerators and a training program for staff, in collaboration with prominent international medical centers. 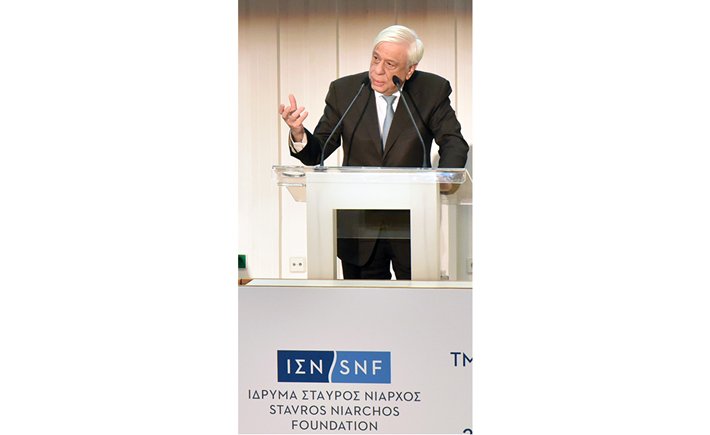 The Co-President of the Stavros Niarchos Foundation, Andreas Dracopoulos, said, “This day is important for all of us. For those of us at the Stavros Niarchos Foundation, who have collaborated systematically with representatives of the medical world over the last few years so that ten new linear accelerators can operate to their full potential in seven public hospitals across the country. And for our fellow human beings who are battling cancer, as well as for the doctors and nurses—the heart of every healthcare establishment—who are fighting by our side, every day. Access to the best possible health services and the latest technology ought to be the privilege of all, and not just of a lucky few. Following this belief, we wanted to do what was within our means to strengthen the ‘arsenal’ of tools available to patients and doctors in their battle against cancer. Today, the radiotherapy technology of seven public hospitals in our country is comparable to that of leading hospitals in Europe and America. Our efforts do not stop here. We continue, as much as we can, to reinforce the public health sector in our country, through a series of major projects that are already in progress, under the SNF’s Health Initiative.” 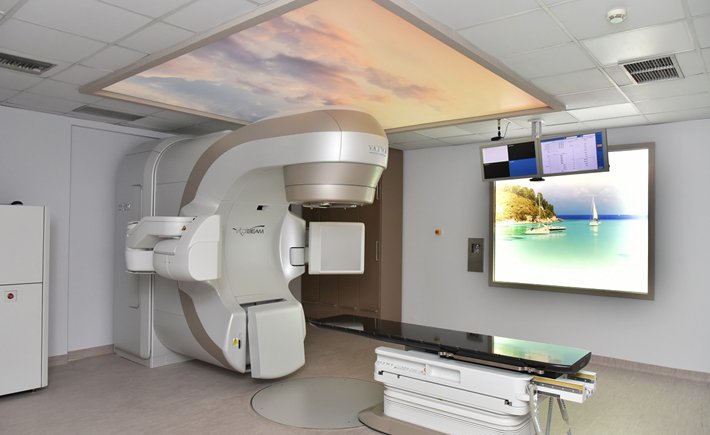 The President of the Hellenic Republic, Prokopis Pavlopoulos, honored the inauguration event with his presence. In his speech, he mentioned the following, “Stavros Niarchos Foundation continues – and surpasses – the legacy of the great benefactors who, as history shows, have contributed significantly to the course of our state, from its founding and throughout its development. It is also my duty to highlight that the Stavros Niarchos Foundation’s contribution to the national health system has taken place at a crucial moment for Greece and our society overall, supporting the welfare state and social cohesion, which the deep, long-term crisis has dangerously undermined.”

The Stavros Niarchos Foundation Radiotherapy Program started in 2014 at the initiative of the SNF, setting as a priority the outfitting of public hospitals with newest technology equipment for the optimal treatment of cancer. The initiative was implemented in collaboration with preeminently competent authorities, both in Greece and abroad, with many years of experience in the field of radiotherapy, namely the Hellenic Society for Radiation Oncology, the Hellenic Association of Medical Physicists, and a scientific team from the Johns Hopkins Medicine Department of Radiology in the U.S.

In order to effectively assess the situation, at the start of the program in 2014, visits were conducted to 18 public and military hospitals across the country that include radiotherapy departments. The assessment led to the conclusion that 67% of all equipment had exceeded its service life (ten years), resulting to the underperformance of Radiotherapy Departments, with consequences to the effectiveness of the treatment for thousands of patients.

Based on this data, and on international projects of a similar scale, the SNF’s Radiotherapy was designed so that the radiotherapy department of each public hospital involved would have at its disposal at least one state-of-the-art linear accelerator, featuring technology less than 10 years old.

Today, all ten linear accelerators are operational, offering radiotherapy techniques similar to those implemented by leading medical centers of the world. Furthermore, compared to equipment with older technology, they have the ability to administer a greater dose to tumors, with minimum damage to healthy tissues. As confirmed by experts, this translates to a better life for patients, both during the treatment period and in the years to follow. According to current data for the total of 31 linear accelerators operating in 18 public and military hospitals in Greece, the average age of the machines is estimated at 7.4 years, while the average age of the 17 linear accelerators operating in eight private hospitals is almost 8.5 years.

Staff Training and Equipment Maintenance
In addition to the procurement and installation of the linear accelerators, the Stavros Niarchos Foundation grant supports the training of medical staff to further enhance the theoretical and practical background of the hospital staff operating the machines. The training program is implemented in collaboration with Radiotherapy Department of the University of Texas Health San Antonio MD Anderson Cancer Center and professor Nikos Papanikolaou, which hosts members of the Greek hospitals teams that were are part of the program for a period of three weeks.

The aim of the training is to offer participants the opportunity to get familiarized with a new mode of operation, requiring the exclusive use of digital medical records, as well as to further enhance their understanding of the treatment design process and the choice of appropriate radiotherapy techniques.

Lastly, the Stavros Niarchos Foundation grant also covers the maintenance costs of the equipment for at least two years, which, in total, exceeds €2 million per year.

The SNF on Health
The SNF Radiotherapy Program follows on the heels of a number of recent grants supporting the health sector in Greece. Since 1996, when the SNF began its grant-making activity, the Foundation has provided grants of more than €140 million for the support of health programs in Greece. Indicative examples include an SNF grant to the National Center for Emergency Care (EKAV), totaling €14 million, which covered the procurement of 143 state-of-the-art ambulances and their full maintenance for a period of eight years, as well as the digital upgrade of EKAV’s operations center; a grant for the renovation of all Pediatric Intensive Care Units (ICUs); as well as a grant for the construction and complete outfitting of hostels to house the relatives of patients in hospitals around the country. In addition, the SNF initiative establishing of the Mobile Medical Units, in collaboration with the NGO Regeneration and Progress, has yielded significant results in providing free healthcare programs to residents of islands and remote areas in Greece.

Recent SNF grants in the health sector are part of the broader Stavros Niarchos Foundation Health Initiative, which has been underway since September 2017, and whose budget is now expected to approach €300 million. The SNF Health Initiative was announced following discussions with the Ministry of Health, which identified the highest-priority needs in the field. The project embraces major infrastructure interventions across Greece: the design and construction of a new building for the General Hospital of Komotini and the Children’s Hospital of Thessaloniki, designed by the internationally renowned architectural firm Renzo Piano Building Workshop (RPBW). Furthermore, the grant includes the reinforcement of the National Center for Emergency Services (EKAV) air ambulance services, the procurement of new medical equipment, as well as the establishment of educational programs.

About the Stavros Niarchos Foundation

The Stavros Niarchos Foundation (SNF) is one of the world’s leading private, international philanthropic organizations, making grants in the areas of arts and culture, education, health and sports, and social welfare. Since 1996, SNF has committed $2.5 billion, through more than 4,000 grants to nonprofit organizations in 124 nations around the world. The Foundation funds organizations and projects that are expected to achieve a broad, lasting and positive impact for society at large, and exhibit strong leadership and sound management. The Foundation also supports projects that facilitate the formation of public-private partnerships as an effective means for serving public welfare.

In Greece, the SNF has continued to respond to urgent local needs by providing relief against the severe effects of the country’s socioeconomic crisis through three nearly complete major grant initiatives totaling approximately $380 million, in addition to its ongoing grants. Furthermore, the SNF has announced a new grant initiative to expand its support of the Health sector in Greece with a series of infrastructure and education projects, expected to exceed $240 million.

The Foundation’s largest single gift is the Stavros Niarchos Foundation Cultural Center (SNFCC), in Athens. The project’s total cost is $861 million. The SNFCC is designed by the renowned architectural firm Renzo Piano Building Workshop, and includes the new facilities of the National Library of Greece, and Greek National Opera, as well as the Stavros Niarchos Park. The Center was delivered to the Greek Society on February 23rd, 2017. Following the handover, the SNF announced its commitment to continue supporting the SNFCC for the next five years, through grants totaling up to $53 million. The grants support the implementation of public programming and help cover part of SNFCC’s operational costs. All events funded with SNF support are free to the public.