Contemporary Greece for Greeks or Foreigners? 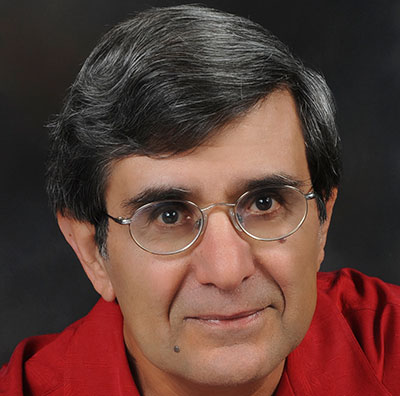 Modern Greece is a couple of centuries old. Miraculously, in the 1820s, the Greeks joined forces and fought a heroic, determined, and successful war of liberation against the abominable tyranny of the Turks.

Greece became independent in 1928. Ioannes Kapodistrias, former minister of foreign affairs of Russia, and a patriotic Greek with exceptional political talent, governed Greece from 1828 to 1831, when assassins murdered him.

Since that national tragedy in 1831, Greece has been in a perpetual upheaval, primarily because of debt and dependence on foreign powers.

The antidemocratic kingdoms of Europe (England. Russia, and France) saddled tiny Greece, that had barely emerged from about 400 years of foreign oppression, with a German king. Monarchy guaranteed a free hand in corrupting Greek politicians to do their bidding.

Despite that political handicap, the Greeks spent the 19th century and the early part of the 20th century in expanding the territory of independent Greece and giving the country its present borders and culture.

World War II was like the eruption and effects of a gigantic volcano. It threw Greece to the maws of the Nazi German monster that almost drove the country to the dark ages and extinction.

The Americans claimed victory in WWII. They replaced the British as the overlords of the Mediterranean. This change of external political power did not improve the conditions in Greece. The country had to follow American orders. It even found itself in the NATO alliance next to its perennial Turkish enemy.

And like in any previous foreign control, invisible by real, Greece became a fast learner in foreign ways. It bribed the European and American leaders by giving away its greatest treasures. It licensed the archaeological excavations of its most important sites, the Acropolis, Olympia, Nemea, Delphi, and Mycenae, for example, to Americans, French, British and – even Germans.

Greece filled its museums mostly with the treasures foreigners uncovered or overlooked. European and American museums took home the best Greek treasures. This had something to do with a tradition of sophisticated theft dating centuries.

Greece had tourists, however. But these tourists, seeking pleasant vacations and some of them enlightenment, contributed to changes in speech, clothing, even food. To satisfy American visitors, Greeks adopted fast food restaurants.

The Americanization of Greece

Trends in the West, particularly in America, accelerated the abandonment of many Greek villages, and the conversion of the land to American-style farms, with all the toxic trimmings of mechanized agriculture and carcinogenic and neurotoxic pesticide sprayings of the land and crops. Greece filled with imported American cars and coke.

The latest effect of the Americanization of Greece was the trial by debt in the decade following the American financial tsunami of 2008 – the Obama years, 2009-2017.

Almost suddenly, Greece found itself, in 2009-2010, the subject of threats and demands to pay back all that it owned to French, German, and American banks.

The European Union and America’s International Monetary Fund appointed an IMF official to head the Greek statistical office. This man cooked the debt statistics of Greece. This gave Prime Minister George Papandreou the excuse of throwing his country to the cruel dictates of foreigners.

EU and IMF officials demanded that indebted Greece, in return for loans, had to embrace starvation-like “austerity,” currency control, and other humiliations. This included the unprecedented abolition of Greek sovereignty and putting the entire country at risk — indefinitely.

This was another fourth crusade against Greece. The crusaders, Wall Street bankers with their European colleagues, were playing with the future of the very country that civilized their ancestors.

Turkey, never letting its hostility towards Greece wane, saw the Greek debt crisis as a golden opportunity for more mischief. What if we flood Greece with Moslems, Turkish leaders asked themselves?

They did. Turkish president Erdogan expanded the ceaseless dumping of thousands of migrants (from Africa and the Middle East) across the narrow stretch of the Aegean to the Greek islands of Lesbos, Chios, and Samos. And probably because of orders of the Obama administration, the Greek authorities did nothing to protect their borders. After all, Americans still think of the Turks as their first NATO line of defense and offense against Russia.

No one really knowns how many illegal Pakistanis, Afghans, Iraqis, Syrians, Iranians, Africans, and Turks are now in Greece. But their numbers must be in the hundreds of thousands, perhaps three to four millions. That’s the impression I get from talking to several Greeks. The refugees are primarily Moslems and constitute a life and death threat to Greece. Turkey no doubt sent plenty of its agents camouflaged as refugees.

So, if one could ignore the raging pandemic, Greece in 2022 is calm at the surface: illegal foreigners are spread in guarded camps all over the country — and in the center of Athens. These Moslem foreigners are funded by EU, and the locals resent that interference. They suffer from a lower standard of living and the loss of the educated citizens to Western Europe and America.

The decline of Greece turned to an asset for tourists. Those with lots of money buy the best Greek homes and exclusive properties. The rest have been swarming the beautiful beaches, eating Greek-Mediterranean tasty and nutritious food, and enjoying nightlife in the American-style tavernas and clubs.

A book for declining Greece

There’s a book written about this new Greece, bankrupt but obedient to the austerity imposed by European Union and American government’s International Monetary Fund. The title of this book is Modern Greece, edited by Elaine Thomopoulos (ABC-CLIO, 2022).

I have known Thomopoulos for several years. She is the author of several books. In the case of Modern Greece, she invited several contributors, including me. (My contribution is no more than a couple of pages on agriculture.)

Thomopoulos skillfully edited the different texts into a smooth-flowing narrative of all things practical and useful for understanding modern Greece: overviews of geography, history, government, politics, economy, classes, food and agriculture, hotels, places to see, and dozens of other topics of interest. The book is really a “thematic encyclopedia about contemporary Greece.”

A section examines the influx of illegal migrants, seeing them in a positive and humanitarian light. The author of this chapter, Angelyn Balodimas-Bartolomei, professor of education at North Park University, Chicago, grossly underestimates the number of Moslems Turkey has trafficked to Greece. She makes the outrageous demand that Greece quickly assimilates these illegal Moslems. She says: “there’s an imperative need for gradually integrating the refugees, and migrants, including children, into society.” In other words, satisfy the strategic objective of Erdogan to conquer Greece by flooding the country with Moslems. Legitimizing this abhorrent misuse and violence against desperate people by Turkey increases the harm.

This does not mean no one should help these refugees. The EU and America should try returning them to their country of origin and give asylum to those who legitimately must have it. Dumping them to Greece is illegal and unacceptable. The country has its own Greek Moslem minority in Thrace. But, in addition, Greece has neither the resources nor the potential of integrating them without losing its own identity and civilization.

Another controversial section reviews “social classes” intertwined with “sexuality,” whatever that means. The author is a businessman named John Psiharis.

I am not against sex. Sophocles was right: nothing can defeat eros. However, reading about sexuality in Greece, including about males marrying males and women marrying women and some young Greeks changing gender, shocked me. Whatever happened to the country I grew up, I asked myself.

Multiculturalism is unacceptable in Greece

Modern Greece paints Greece in European and American colors. It’s just another Third World country that has to go the multicultural way. Greeks are no different than other modern people. In the offensive language of German journalists and IMF economists, Greeks are more lazy than other Europeans.

The book does not say much about the painful state of being Greek today and living in Greece. The country is like another resurrected and made-up Roman province, where Greeks have such a low birth rate they don’t even replace themselves. The debt, moreover, is forcing the best educated to seek greener pastures in Western Europe and America. To add insult to injury, contemporary Greeks have governments that “tolerate” illegal foreigners in their midst who share neither their religion, nor their language, nor their culture. Who is responsible for that?

Read Modern Greece, however. Despite its limitations, it will help you (tourist of Philhellene) think about yourself and the tragedy of Greece.

What would you do to express solidarity with contemporary Greeks? They want to be left alone to pursue their ancient and modern dreams. They want another Renaissance to bring themselves and others to the virtues of their ancient and democratic culture that made up all that is best in Western civilization: the rule of law, democracy, science and science-based decisions, and love for nature. Why would anyone want to replace this ideal with other cultures?

Modern societies in Europe and America, however, are out of balance with themselves and the natural world, causing the waking up of the monster of climate chaos. They are armed with genocidal and ecocidal nuclear weapons. They are in no position telling Greeks they have to disappear in order to satisfy the crazy ideas of multiculturalists.

Should you, dear reader, not demand that EU and IMF abandon their debt and multiculturalism weapons against the mother of Western civilization?