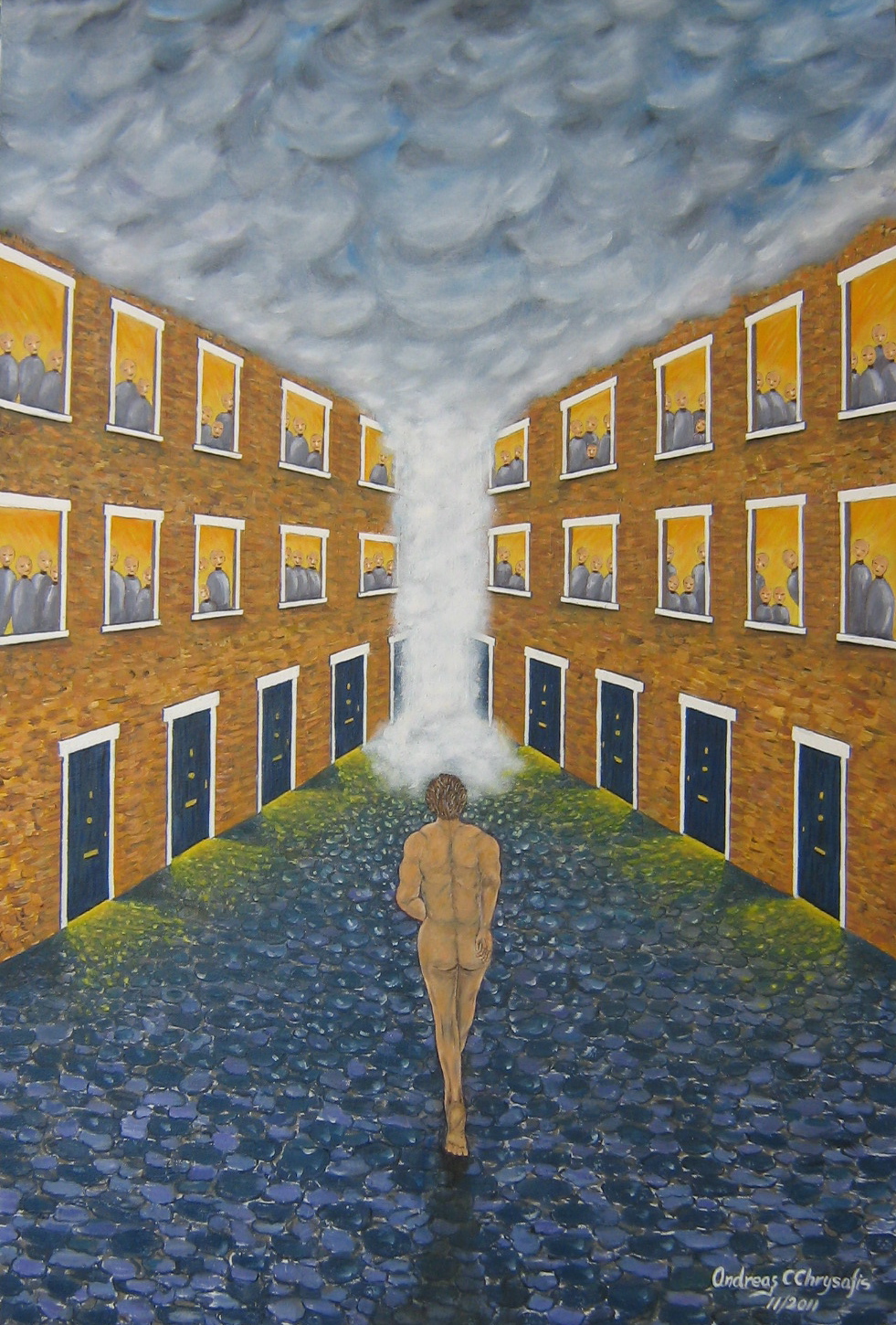 The world is at war with an enemy that has so far managed to destabilize countries, economies and populations alike. COVID-19 virus certainly does not recognize borders, age or gender and has unleashed global havoc with little defense to stop its growth. Its roots and origin remain a mystery but it crisscrosses nations as if on a mission devouring lives at random and especially the elderly. The World Health Organisation is in despair and until a vaccine is made available, all it can advise is: “testing, testing, testing”, “social distancing” and “stay at home!”

This is a deadly game of Russian roulette that uses lives as stakes, instead of currency. It has paralyzed entire nations and has reached the point where doctors are compelled to decide who lives and who dies; never in the history of mankind have those professionals – bound by the Hippocratic oath – had to make such a harrowing choice!

While teams of scientists around the world are racing against time working flat out to develop a vaccine, governments are doing their best to protect citizens and industries alike. Learning from the Chinese experience in Wuhan, countries are under lockdown with strict curfews in place to stop social integration and people’s movement. Meanwhile, the police aided by the army are on guard in empty streets to ensure shops obey the law and citizens stay home and in isolation; those that disobey those orders soon find themselves paying hefty fines or incarceration!

The most precious gift in a democracy, “people’s freedom” has had to be ditched. If the world was going to beat this invisible enemy on scientific evidence, emergency legislation was necessary to deprive citizens’ freedom of movement as a way forward to stop the spread of the virus. Draconian measures have been introduced in the national interest and not so dissimilar to a police state – but necessary nevertheless!

While real wars for greed, power and domination have taken a back seat, the human carnage continues by a ferocious killer the world has never encountered before; it seems unstoppable and each day over 1000 lives perish! The global ravage of COVID-19 virus has spread the fear of death and in so doing it has transformed people’s free spirit into one of helplessness.

Every country in the world is frantically seeking ways to formulate a strategy and put an end to the mayhem. Teams of renowned biologists are sharing information to create an effective vaccine, which has so far taken the lives of around 100.000 persons and infected nearly 1.5 million people worldwide. This is a reminder that people are simply a speck of dust in the enormity of it all!

Without fail disasters of this kind also bring out the best and the worst of humanity!

While the majority of people behave compassionately in the true spirit of a caring community, a vast number of others turn belligerent, stockpiling and hoarding supplies at the expense of the less privileged sectors in society. There are equally those sly opportunistic merchants that resort to exploitation and profiteering on the misery of the sick and masses. Others grab the opportunity to escape for a “coronavirus holiday” in rural regions not affected by COVID-19. This selfish attitude amplifies the chances of spreading the virus afar and it’s done so without any sense of responsibility or care for others!

However, a tragedy so dreadful as COVID-19 also brings out social camaraderie, compassion and positive acts of kindness. This is clearly demonstrated by the army of unsung heroes of the day! They are the emergency services, medical teams and frontline workers, the doctors and paramedics, nurses and medical foot soldiers all battling against time to fight COVID-19. The commitment shown by those health workers around the world at the risk of their own lives for the good of humanity is remarkable to say the least!

The only thing that protects those frontline warriors it’s their personal protection equipment (PPE). Without that most critical safeguard, it’s like sending those medical angels to possible death. Sadly, hundreds have been infected and many more paid with their lives in the name of duty to save patients.

The EU on the other hand has been slow acting and stands accused of failing to react quickly enough. Mauro Ferrari, President of the EU scientific organization has resigned this week over frustration at the EU response to the coronavirus pandemic. In fact the EU does not have a Eurozone pandemic scheme prepared or a contingency biological coherent plan for action to reduce the spread of the plague. Above all, the EU has failed  – like many other countries – to learn lessons from the Chinese experience in Wuhan, which has successfully eradicated the COVID-19 virus.

Instead, the Commission has behaved arrogantly in support of its “open borders” and intractable “free movement” fallacy.  Meanwhile, time was of the essence and the delay to act has allowed the rapid infection of coronavirus from one state into another. The continent has now become the epicenter of contagion with the loss of thousands of lives – so much for EU solidarity and one “happy family”!

Due to individual decisions by some member states, some borders are now shut to reduce the fatalities that keep on rising by the day. European countries are in fact fighting an uphill battle to protect and save the population. Yet as such critical times demand critical decisions, the Euro finance ministers’ meeting has collapsed in failure to agree on a pandemic rescue package. The EU is split with the northern states refusing a satisfactory financial assistance to the southern states. Covid-19 could be the last nail in the coffin and the breakup of the EU institution with Italy being the most vocal about leaving the institution.

Meanwhile, all the EU can do is to print extra euros! It has authorized massive loans to protect the banking system to stabilize the fast collapsing economies of Eurozone members. The European Central Bank (ECB) has made available €100 billions to member states (a drop in the ocean states so claim) for additional bank loans. Actually a new era is unfolding that only the World Bank conglomerate will be able to excel as masters of the day out of this global tragedy.

Meanwhile, countries are trying their hardest to control the infectious disease. Strong emergency measures were introduced to “flatten the curve” in the hope of starting to see the decline of the virus. So far that has not happened and each and every country now depends on the advice of the scientific community to come up with a vaccine to stop this killer. There are encouraging signs that make experts feel optimistic that a vaccine could be available in the not so distant future.

As each day passes, however, the fatally infected are translated into statistics and are included in death comparison charts for analysis by experts throughout the globe. But the most distressing reality of the coronavirus pandemic, is the recognition that thousands upon thousands of people die a lonely death in crammed hectic wards without the presence of their loved ones. Corpses are zipped in special plastic bags and sealed in airtight caskets to be taken away to makeshift morgues and never to be seen again!

A lonesome death indeed and nobody deserves such a gruesome ending! This is the reality of the pandemic that’s like watching a surreal sci-fi movie full of nightmares but very true nevertheless! For those left behind to mourn the departed, the emotional and inconsolable turmoil of such unnatural conditions is equally traumatic. Immediate families without solace stand alone to grieve the loss of a father, a grandfather and grandmother; a wife or a husband; a sister or a brother but also a son or a daughter!

It seems as if the shearing of lives by COVID-19 virus is not over yet. It will continue until man’s own ingenuity overcomes the impossible. But, when the dust finally settles and the ashes of despair are swept away, a new world-order will emerge out of the chaos complete with unpredictable economic and social consequences. The world as we know it, will never be the same ever again!

Meanwhile, thanks to the dedication of health workers, doctors and teams and scientists around the world, the battle to obliterate the coronavirus pandemic for certain will come to an end; it will be won over by human resourcefulness – it always is!

Photo:  TRANSITION 91 x 61cm 11/2011 ©
This surreal painting draws the viewer into the strange world of life’s Transition. People are lockdown inside their homes watching through the windows and waiting! The final journey it’s always a lonely one and there is no escaping it. The painting describes that humans are always born with nothing and forever depart with nothing! Naked and empty-handed they all depart as equals, kings and paupers to meet their maker. Andreas C Chrysafis.