CommunityCory Booker Comes to the Home of Zenon Christodoulou   ...
Community

Cory Booker Comes to the Home of Zenon Christodoulou 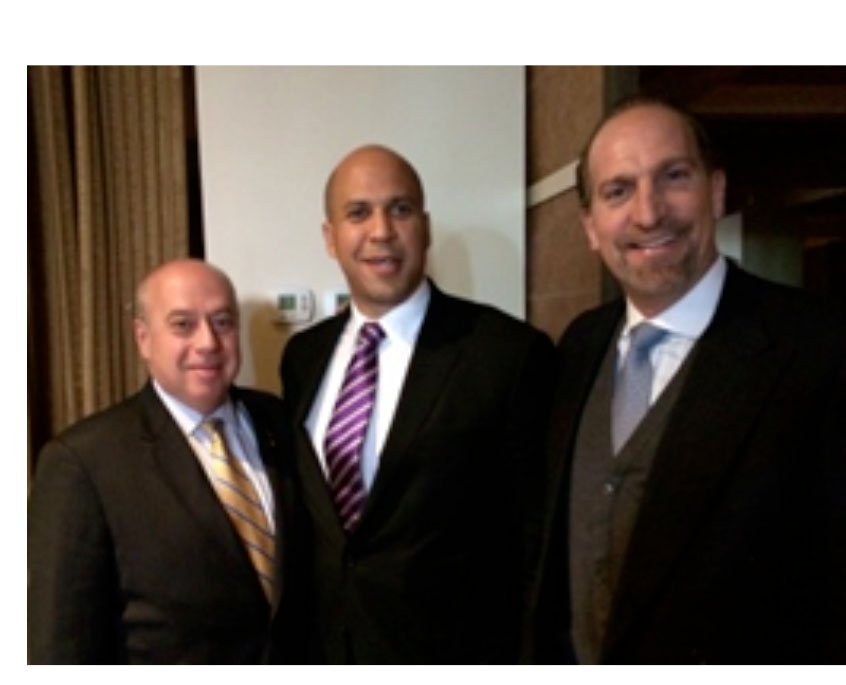 United States Senator Cory Booker, running for re-election on November 4th, returned to the home of Somerset County Democratic Party Vice-Chairman Dr. Zenon Christodoulou. This intimate gathering was for the Senator to meet with voters and discuss various policy issues.

With four other New Jersey party chairmen in attendance, Senator Booker began his remarks with ‘kali spera’ and continued with a speech that showed his deep appreciation for Hellenic history and culture. He spent the evening discussing various national and international issues, including the Ecumenical Patriarch and the continuing division of Cyprus along with his strong desire to work with the Hellenic community to restore freedom and justice.

Further, Booker spoke of the importance of having leadership that would move America and the cause of justice in the right direction. In previous meetings with leaders from the Greek American Community, Senator Booker and his policy advisors were briefed on issues of Greek concern in detail.

AHEPA Supreme Secretary, Andrew Zachariades (pictured with Senator Booker and Zenon Christodoulou), chronicled the events since Turkey’s brutal invasion of Cyprus 40 years ago. Zachariades stated “The principles, upon which America is founded, cannot be forgotten when we look at human and religious rights abuses occurring in other parts of the world.”   Additionally, he requested the Senator’s support in assisting the Greek-American community in their efforts to free the European Union’s only divided capital.

Senator Booker was re-elected to serve Congress representing the State of New Jersey by a landslide victory. Additional meetings with Senator Booker’s staff have been scheduled and a position paper, which will detail his official stance, will be completed in the near future.