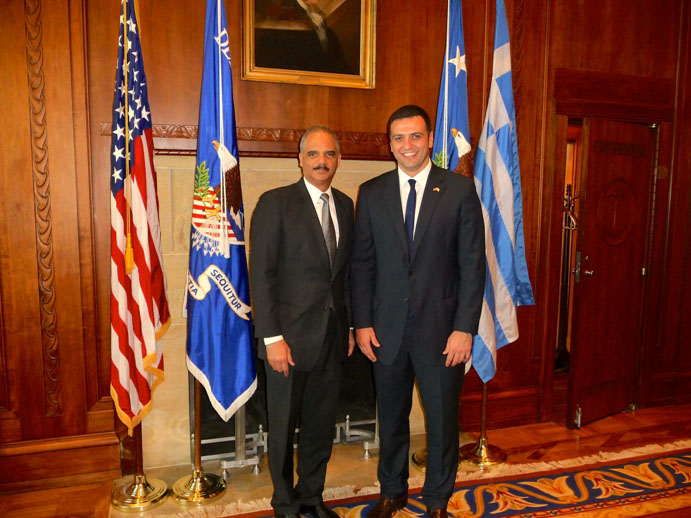 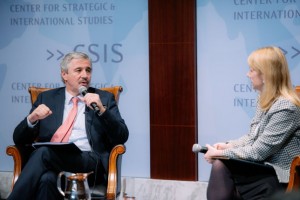 Minister of Public Order and Citizen Protection Vassilis Kikilias and Minister of Environment, Energy and Climate Change Yannis Maniatis visited Washington on October 27-28 and November 3-4, respectively for high level meetings with US officials.

On his two-day visit to D.C., Min. Kikilias held meetings with officials from the FBI, the CIA, the National Security Council, the State Department and with Attorney General of the United States Eric Holder. The meetings focused on security issues, bilateral cooperation, immigration, as well as common interests and aspirations that Greece and the US share with regard to security in the Balkans and the Mediterranean. Moreover, Mr. Kikilias announced that the two countries will boost cooperation in international security affairs with the exchange of information regarding individuals entering the E.U. via Greece. While in D.C., Min. Kikilias also gave an interview to the Washington Times. Before returning to Greece, he visited Chicago and Boston, where he gave a speech at The Fletcher School of Law and Diplomacy of Tufts University: “Constantine G. Karamanlis Lecture: Greece, A Nation at the Forefront.”

Minister Maniatis had a series of meetings with American officials, including at the National Security Council and with his counterpart U.S. Secretary of Energy Ernest Moniz. Mr. Maniatis also spoke at CSIS about “Evolving Energy Trends in the Eastern Mediterranean.” His visit focused on Greece’s strategic decisions to enhance the diversification of energy sources and energy security, both principal goals of the E.U. and the U.S., especially at a time of geopolitical tensions, and in light of the recent energy discoveries in the Eastern Mediterranean. At CSIS Min. Maniatis presented Greece’s energy projects in oil, gas and renewable sources, which aim at turning the country into a regional energy hub and energy-security provider in South East Europe. He also stressed the importance of the creation of an Energy Union in Europe. The Greek official also spoke at Columbia University in New York.