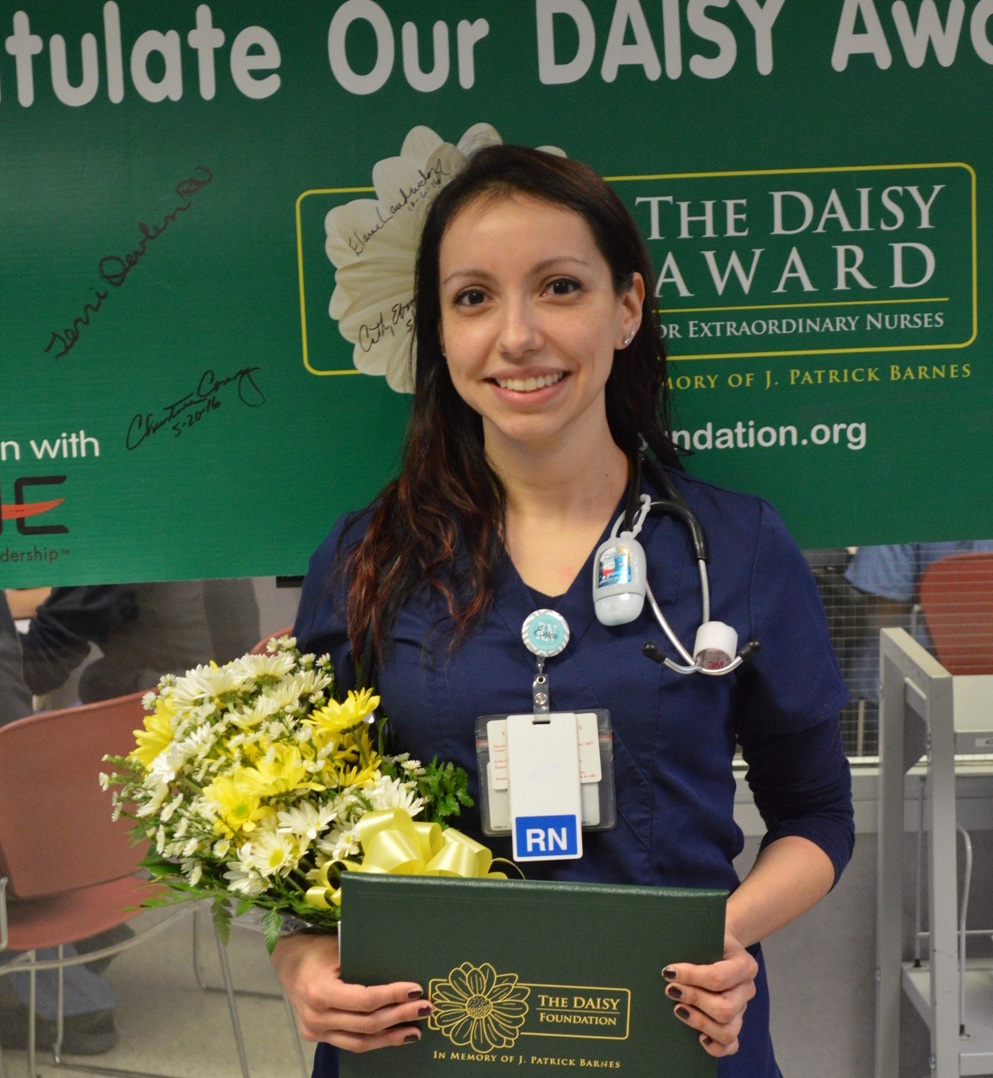 UPLAND, Pa. – Crozer-Keystone Health System recently recognized Erica Marsilii, R.N. of Wilmington, Del., an ICU nurse at Crozer-Chester Medical Center, as a recipient of the DAISY Award. This award recognizes nurses who consistently meet each of the following criteria: Dedicated, Autonomous, Innovative, Selfless and Extraordinary. Marsilii was nominated for the award by the daughter of a patient.

Marsilii’s patient had a stage 3 ovarian cancer diagnosis requiring a complete hysterectomy and exploratory surgery, which led to an eight-day stay in an isolation room because a prior experience with MRSA left her at high risk. “Erica treated my mother like a person rather than just a patient,” explained the patient’s daughter, who noted that her mother recently completed chemotherapy and has responded well to her treatments.

“Those eight days were the worst of both my and my mother’s lives, but Erica did her best to make us as comfortable as possible. Erica is not only a great nurse, but from what I saw she is a great person. She is an asset to your hospital and we are so fortunate to have had her.”

The not-for-profit DAISY Foundation was established by family members in memory of J. Patrick Barnes, who died in 1999 at the age of 33 from complications from an autoimmune disease. The care that Barnes and his family received from nurses throughout his illness inspired this unique means of thanking nurses for making a profound difference in the lives of their patients and patient families.

Each DAISY Award honoree is recognized at a public ceremony on his or her unit and receives a certificate, a DAISY Award pin and a beautifully hand-carved stone sculpture. In addition, the unit celebrates their colleague’s achievement with Cinnabon cinnamon rolls, which were a favorite of Patrick’s during his illness.