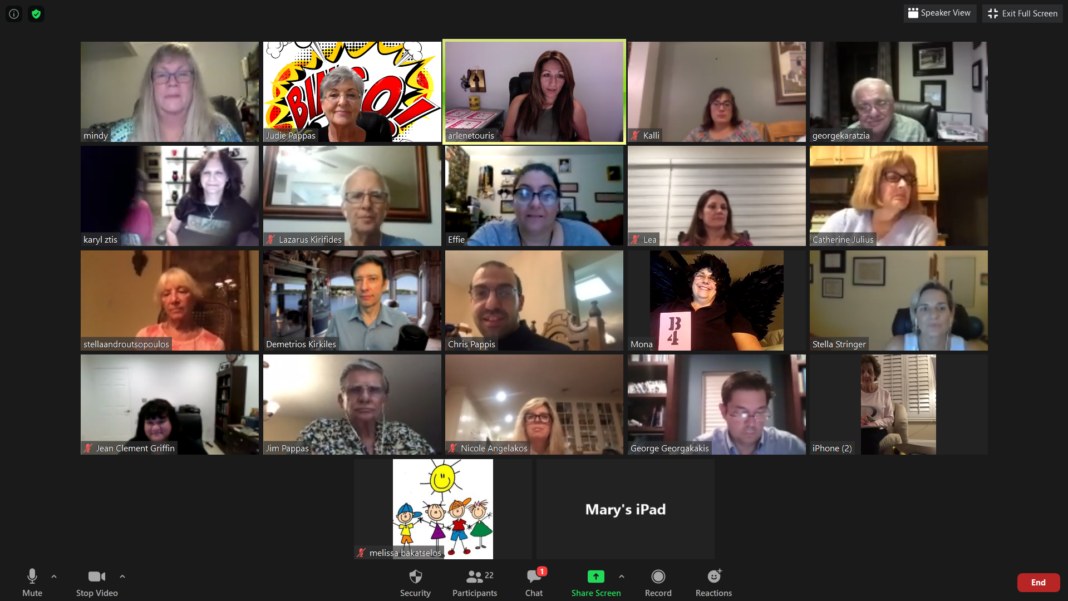 Live from Ft. Lauderdale, FL Daughters of Penelope Narcissus Chapter 289 hosted virtual bingo on October 16, 2020, via Zoom! There were 24 attendees. The chapter was established on December 8, 1957. They will be celebrating their 65th anniversary in 2022 which is the same year as the 100th anniversary of the Order of AHEPA.

We played 8 games which included Regular Bingo, B & O Railroad, Regular Bingo, Large picture frame, Regular Bingo, Double Postage Stamp, Regular Bingo, and Coverall. Gift cards were won from Panera Bread, Dunkin Donuts, Starbucks, and other locations. Our fabulous Bingo Caller Mona Monezis Kapakos made the 1st Virtual Bingo Game fun! You are the best! Thank you to all the sisters that made it possible!

The officers for the 2020-2021 year are President Judie Pappas, Vice President Stella Androutsopoulos, Recording Secretary Stella Stringer, Corresponding Secretary Diane Paxinos, and Treasurer Irene Tsingelis. Thanks to all that attended which supports St. Demetrios Greek Orthodox Church. A great time was had by all. Nice to see everyone’s smiling faces! Lots of laughs, a few prizes and made some new friends. We look forward to the next bingo!