Demetra Tsavaris Lecourezos back with new kid’s book on Greece 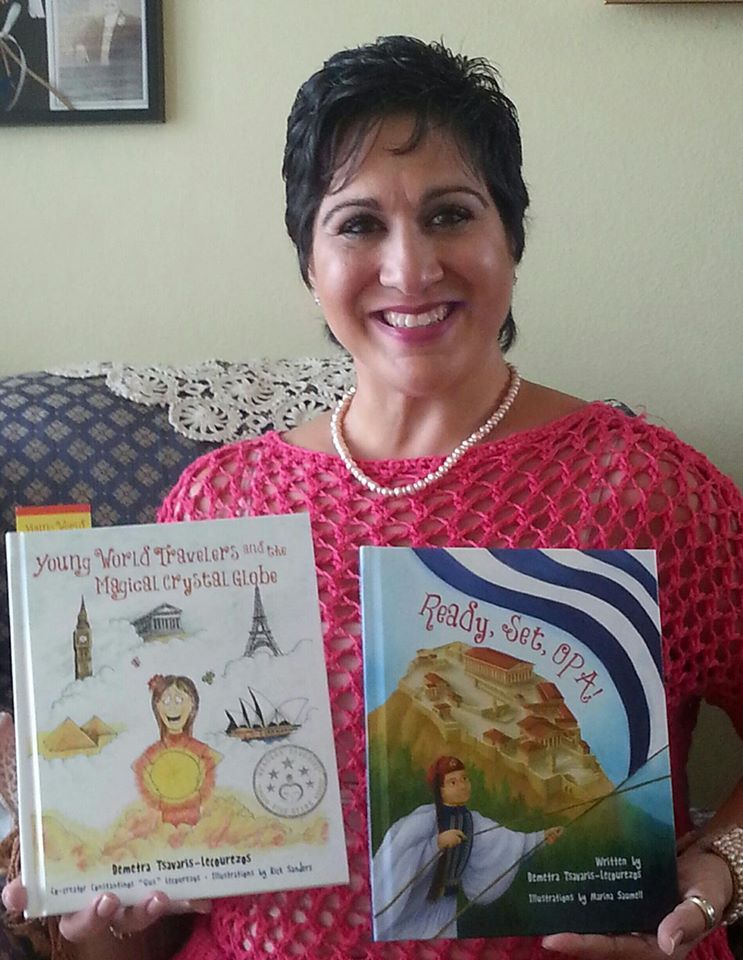 A resident of Tarpon Springs, Florida, Tsavaris Lecourezos is embarking on a book tour, where she will teach children all over the country about Greece.

In this new book, she takes her readers on a journey to Greece where they explore such iconic structures as the Parthenon and she will take them back to the Olympic Games all thanks to a magical crystal globe that allows her characters to anywhere in the world, as long as they have imagination. This book is a great way to learn more about Greece’s history and its culture.

Ready, Set, OPA! is the follow-up to her first book, the critically-acclaimed Young World Travelers and The Magical Crystal Globe, where she took her readers on a journey to Queens, New York.