DJ Tommy Karandrikas is on a mission to get you on the...
Featured 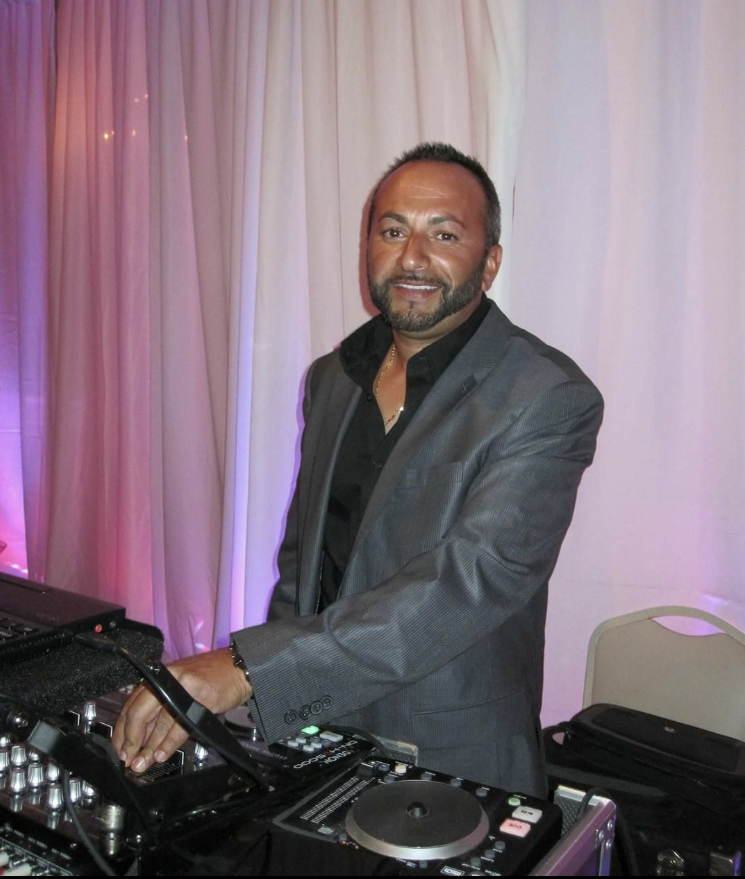 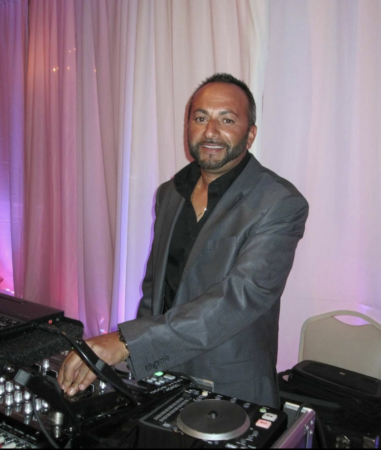 “My thing is if I see the dance floor’s starting to get dead, I get like a panic attack,” this popular DJ says. “My biggest fear is having an empty dance floor. You cannot let the dance floor die out because once it dies out, good luck getting them back.”

Karandrikas hails from South River, New Jersey and the 42-year-old is a familiar face at Greek parties– weddings, Sweet 16 events, Christenings and anywhere else where a driving beat is needed.

He’s worked Greek nights in New Jersey, Manhattan and Philadelphia and has done jobs up and down the East Coast, from Charlotte, North Carolina, to Connecticut. This summer, he’s hoping to DJ a wedding in Greece.

Karandrikas is looking to expand his territory and reintroduce DJs to the Greek Nights, events where  bands dominate today.  Back in the 1990s, DJs hosted Greek Nights at clubs in New Jersey that had up to 1,300 guests, he recalls fondly.

Catering to Greek and American musical tastes, he’s been in the business now for 23 years, a side line from his day job as a highway laborer. “I swing from bridges all day long,” he jokes. 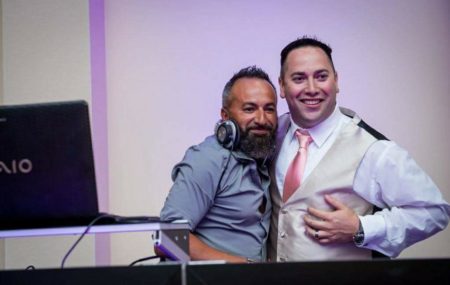 When he was 17 or 18, he attended a Greek Night at the former Club Abyss. He kept going up to the DJ booth, asking them to play a song. “They would play the song off the CD, than I would tell them, ‘OK, play Track 4 off of this.’  The DJ saw his suggestions were working. “So I ended up finishing out the night with them,” he says.  Karandrikas did more than that. The DJ’s company hired him to DJ from 1994 to 1998 before he branched out on his own in 2000.

“I love music and I love remixing music live on the fly,” he says.  “My mentality is it’s the music that makes the party…” he says.

Karandrikas knows a thing or two about Greek music. His parents came to America from Greece in 1969. His father is from Agrinio and his mother is from Karpenisi.  His parents both retired to Greece in 2004. As a kid, he spent every summer in Greece with his grandparents, uncle and aunts. Some of his fondest memories are those innocent days spent in the Greek village. That heritage forms the backbone of his success.

“If you told me to DJ a Spanish Quinceanera. I have no clue what they do,” Karandrikas says. “But you tell me to DJ a wedding from, say, the mainland, where I’m from, there’s no doubt it’s going to come out perfect.” His specialty is dimotika, the folk music from the mainland villages. 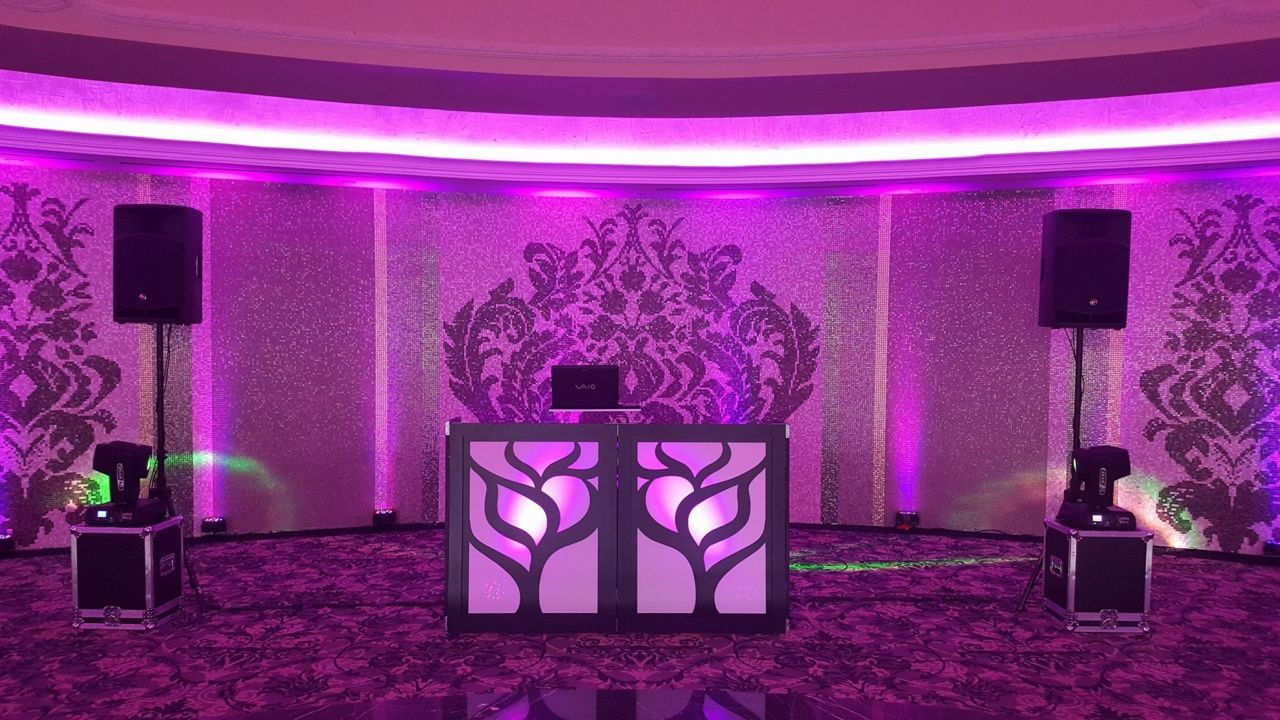 Timing, planning and understanding people leads to a good night for a DJ.

“I’ll look in the room and see what’s working and what’s not working…,” he says, picking out people who may want to get up and dance but are too shy. The trick is finding the music that will work for them.

He knows when people come back in September from their Greek vacations, they’ll want to hear music that was hot in Greece that summer. A bride may want a different song or part of song to introduce each couple in the wedding party. The DJ has to be ready for that.

“I can’t stress enough how much timing is key. It could make you or it could totally break you,” he says. 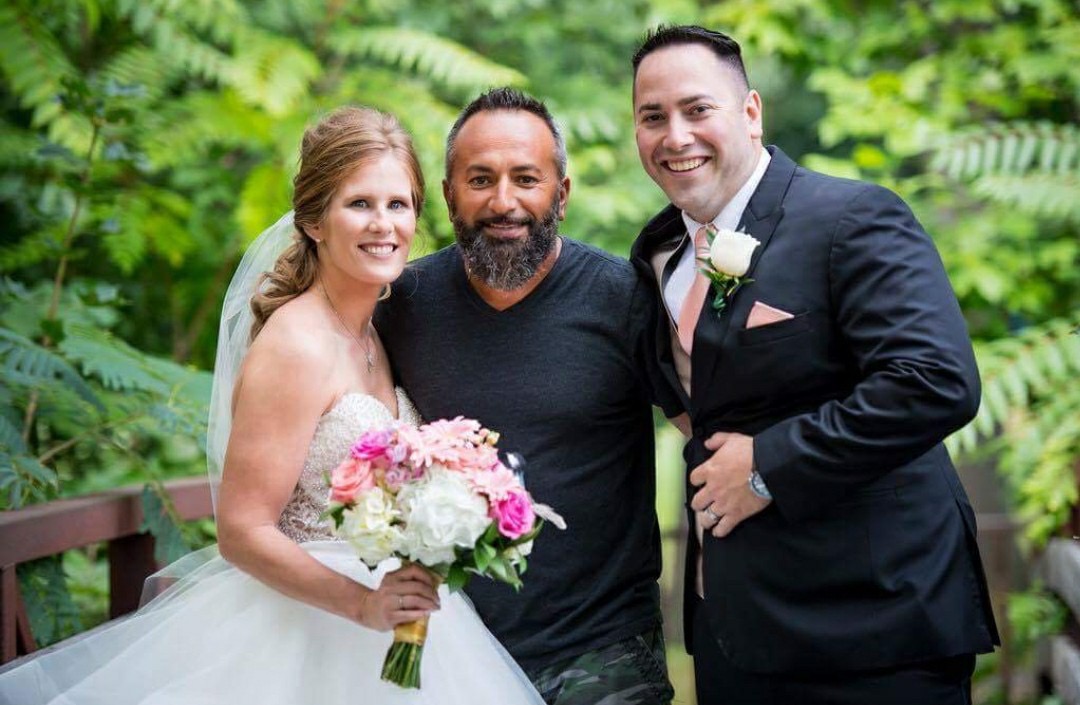 Karandrikas figures he’s doing something right because of the repeat business. “I just had a call this past week from somebody who said I did their wedding, then I did their kid’s Christening and now their kid’s having their Sweet 16. That kind of says something.”