Being Grand President of the Daughters of Penelope is not just a job for Kathy Bizoukas. It is a continuation of a passion she feels for an organization she’s been a part of since she was 14.

“I read somewhere that tears are words the heart can’t say.  That’s how I feel when I talk about the Daughters. I get so emotional. I love this organization so much,” she says.

The Daughters of Penelope, an affiliate organization of AHEPA established in 1929, is committed to promoting Hellenism, volunteerism, and doing good works through its 446 chapters worldwide. 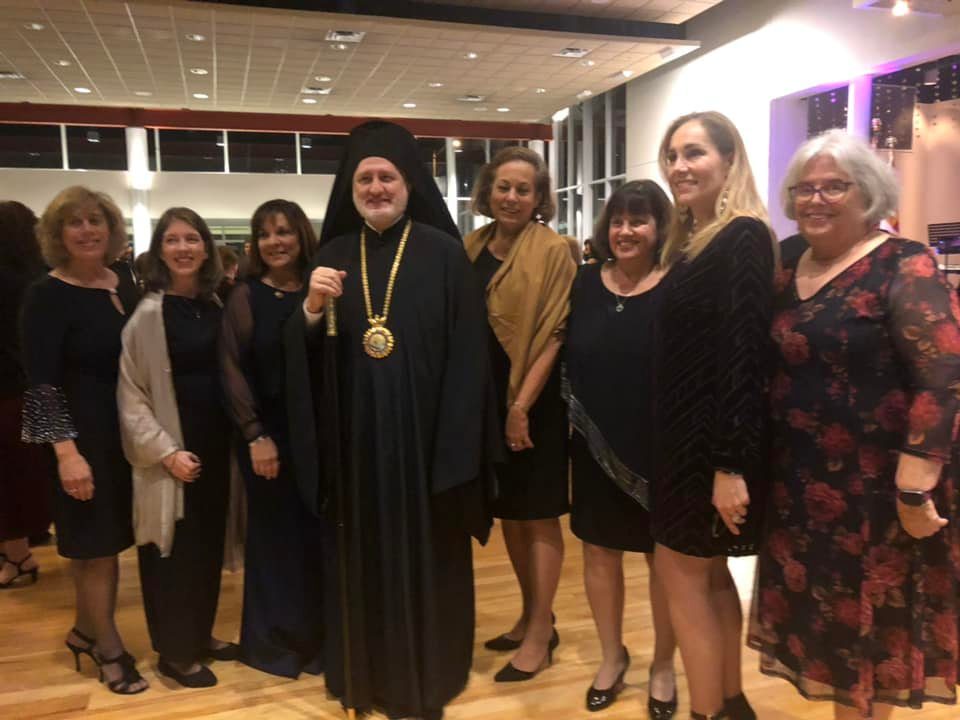 Bizoukas has held her post for a year after being named grand president at the AHEPA national convention in Athens, Greece on July30, 2021. She will step down when a new person is chosen for the role at the upcoming AHEPA Convention July 17 to 24 in Orlando, Florida.

Coming out of COVID created a unique challenge during her term and continues to challenge the DOP going forward.

Motivation was the key word under Bizoukas’ watch—motivating people to come back in person to the Daughters of Penelope and “to stay involved because with COVID nobody wanted to do anything in person.”

“We get to choose themes every year, so my theme was to reignite the Daughters of Penelope and keep our light shining bright.” 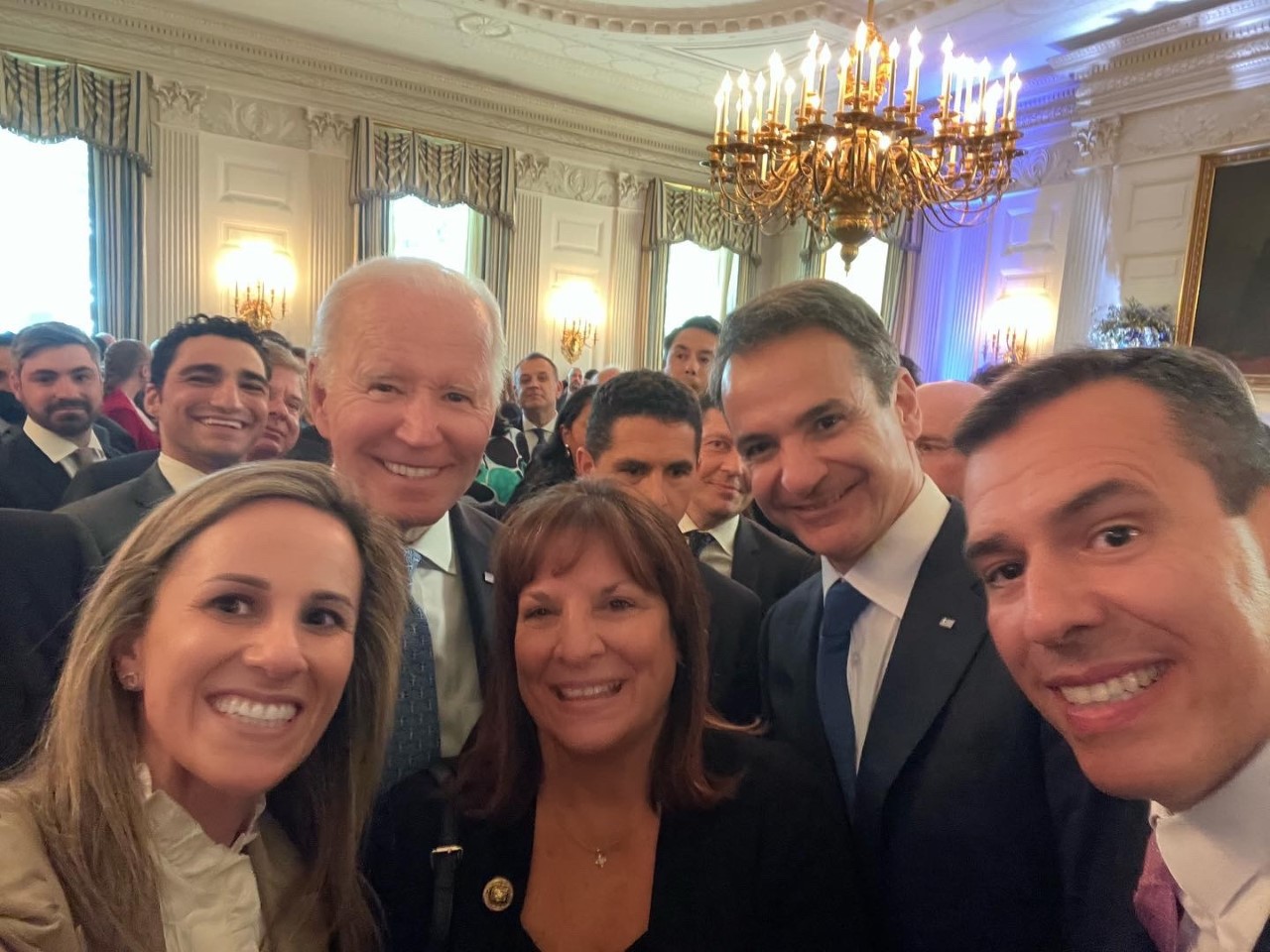 Each year, delegates from the various chapters meet at the national convention to vote on national philanthropic projects they want to support In the coming year.

The DOP made a mandatory commitment in 2021-22 to support the Penelope House, a Domestic Family Violence Center in Mobile, AL; the Penelopean Day Care Center in Athens, Greece and Limbitless Solutions,  a non-profit using 3-D printing to create free prosthetic arms for children.

Bizoukas added one more project.   “Normally there’s not a president’s project. I made an initiative because we were coming out of COVID.”

The grand president rallied the DOP on behalf of the Alzheimer’s Association.

Bizoukas took to the road and visited the different chapters. She’s now almost hit the $10,000 mark in funds raised.

The DOP has a widespread demographic and the leadership cares deeply about the younger and older members alike. The contribution of DOP’s older members is especially appreciated.

“They are the ones that hold the organization together. Those are the women that know the history and have the experience of how things have progressed over the years.” 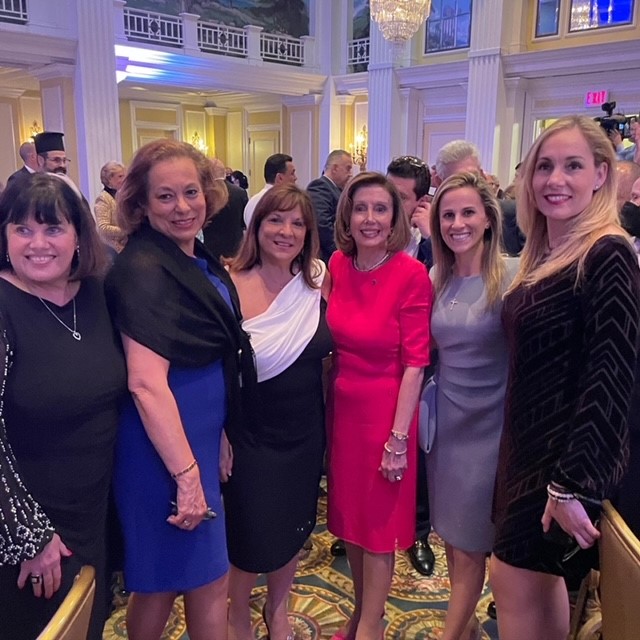 Her parents, George and Cleopatra, have been AHEPA members since 1958. They wanted their daughter to get involved so they lured her in with the thrill of an Olympiad.

“Our parents wanted us to meet other Greek kids, do good and keep the traditions and culture” so at 14 she was attending her first national AHEPA convention.

“I ran track in high school and college. The AHEPA used to have what was called the Olympiad, so it was literally a track meet.”

They convinced the high school freshman to enter. She ended up earning the most valuable player distinction.

For Bizoukas, it was the beginning of her partnership with AHEPA and the Daughters of Penelope.

“That’s how I met a lot of my lifelong friends,” she says.

She started out in the junior order for girls 14 to 21, than was initiated into the Daughters of Penelope-Pleiades #50 in Hammond, Indiana in 1983.

She was very active through high school but then college interests took her away from DOP for a while. She got married and moved away. But when she turned 40, Bizoukas discovered she wanted to get involved again. “What brought me back was the loss of belonging and doing good,” she says.

At that point, she dived into the DOP work and just kept going.

“I wanted to make a difference,” she says.

Some of her chapter accomplishments include being named Chapter Penelope of the Year in 2012, coaching G.O.Y.A. Girls Basketball, raising funds for Alzheimer’s and Hospice, serving as fashion show chairperson, and chairing a Basile Comedy Event to raise funds for anti-bullying.

Bizoukas was a District 12 AHEPA/DOP Foundation member and served as district governor from 2013 to 2015. Other accomplishments included reinstating the Maids of Athena Dionysia Chapter #141 in 2014, serving as Convention Chairperson for numerous years, and serving as district recording secretary from 2011 to 2013

She embarked on a growth and expansion program, activating new DOP chapters in Austin TX, Chicago and Ambridge, PA.

In 2013, she was named to the Daughters of Penelope athletic Hall of Fame. AHEPA 100th and a Convention

As AHEPA celebrates its 100th anniversary, delegates and members from around the world will meet the week of July 17, along with the Daughters of Penelope, at Disney World in Orlando, Florida for its 100th national convention.

There, delegates will vote on the next philanthropic projects for the new year as well as select and swear in new officers.

It will also be a chance for the Daughters of Penelope to continue its Salute to Women, this year honoring Janet Petro, the first woman director for NASA.

The DOP will present a scholarship, the Zoe Cavalaris Award, to a woman athlete and announce a Hall of Fame winner.

Bizoukas is expecting about 150 to 200 delegates and a few thousand people to attend. 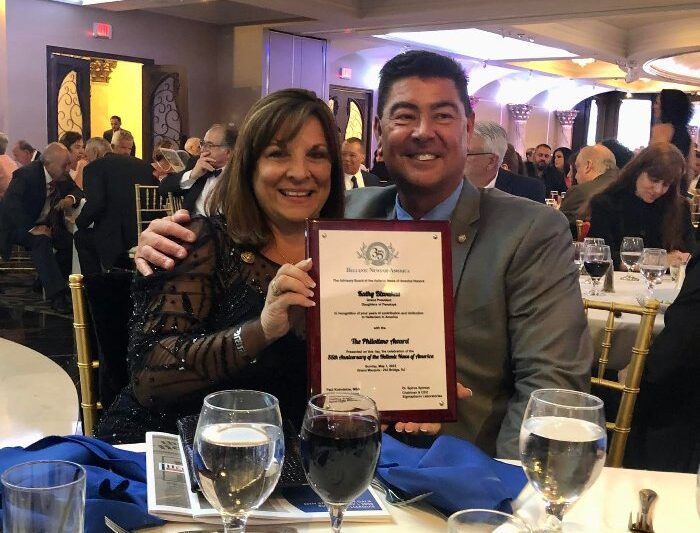 In addition to the traditional grand banquet, there will also be a party at EPCOT in honor of the 100th anniversary.

Looking ahead, AHEPA and the Daughters of Penelope will continue to navigate the post-pandemic landscape as they work toward boosting membership.

And Bizoukas will continue to work hard for the organization she loves.

“One thing over the past year traveling around the world has taught me, that no matter where I have visited, I’ve seen the love, the passion and the emotion that we all show because we all love what we call the AHEPA family.”