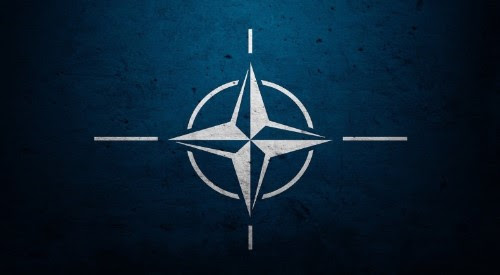 Special Envoy for the Balkans and Black Sea Countries

of the European Public Law Organization

Introduction. After Donald Tusk, President of the European Council, having stated, last December, “The dream of the European Defense starts to be a reality”  a vivid discussion has started among all interested parties. 25 EU members have decided on the Permanent Structured Cooperation – PESCO. United Kingdom, Denmark and Malta decided to abstain from this initiative.

Historical Background. The issue of a European Defense Body is not a new one.

Even before NATO, we count the Western Union, created by the Treaty of Brussels, 17.03.1948, with a participation of France, United Kingdom, Belgium, the Netherlands and Luxembourg, while Washington (NATO) Treaty was signed on 04.04.1949. A good number of analysts, at that time, detected “a kind of overlapping and latent competition between the two Treaties”.

The failure of the French initiative for the creation of a European Defense Community (Pleven Plan) in 1953, the transformation of the Western Union into a Western European Union in 1954 as well as the revival of the WEU by the Rome Declaration in October 1984, marked out, inter alia, the historic evolution of Euro-Atlantic Defense relations.

Political texts and analysis of that period focused – since then – on WEU’s “complementary role” to NATO. In parallel, one can observe differentiated approaches not only in the two coasts of the Atlantic, but also among WEU participant states.

The  fall of the Berlin Wall, 1989, the end of Cold War, and the creation of a “New Europe”, prioritized initiatives such as the European Security and Defense Identity (ESDI), 1996, in both NATO and WEU.

During all these decades NATO has not changed “nomination” or “name”.

The perspective for a Permanent Structured Cooperation (PESCO) is already mentioned in the Lisbon Treaty, since 2007.

Therefore, the present European initiative on PESCO, is not a new “invention”: There is already a legal basis, a relevant historic and political background, let alone the current developments.

Only U.S. military spends in 2016, overpassed 664 billion dollars, being by far the first worldwide, covering almost 39% of global distribution of military expenditure, followed by China, Russia, Saudi Arabia and India.

After Brexit, 80% of NATO budget will be covered by non EU countries.

The initial PESCO budget will not exceed 7 billion dollars.

NATO – PESCO relation. In the light of the above data, it is easy to understand PESCO’s limited role. PESCO is a “structured” cooperation between sovereign EU member states, with a modest budget, founded on an opt-in, opt-out model, where there is a flexibility for the members to choose the sectors or projects of their participation. Within PESCO already flourish diverse approaches, among which being the most debated, the French approach for “an exclusive and capable defense with more activities” and the German one focusing on “an inclusive approach with as many as possible participations of member states”.  PESCO’s first Projects regarding Medical Administration, Logistic Hubs, Training, Cyberspace and other projects of limited range are not the ones which will give it “a unique military efficiency”.

It is not by chance, PESCO’s creation under the present circumstances. Recent developments in the wider neighboring area around Europe and South East Mediterranean, French President Emmanuel Macron’s solemn proposals for a “New, Functional, Effective and Prosperous Europe”, as well as U.S. Administration policy “for Europe’s bigger and better engagement on issues related to its security” played their own role.

It is true that during last year only 5 NATO countries, Estonia, Greece, Poland, Romania and the United Kingdom met the 2% of GDP target for military spending, while, according to S.G. Jens Stoltenberg “This year we expect 8 Allies to meet the target, and by 2024 we expect at least 15. But we still have a long way to go”. In this respect PESCO can play a positive role since it foresees “a regular defense budgets increase in a real time”.

Military equipment and (new) weapons purchase could be cross-checked between NATO and PESCO and this a source of competition. Nevertheless, a clear, frank and friendly dialogue in the substance of the problem, between Allies, could result a win-win arrangement.

It is very important to re-establish the notion of “Allies”, in all its dimensions, in both coasts of the Atlantic. In this direction Jens Stoltenberg’s words “It will be absolutely without any meaning if NATO and the EU start to compete”, acquire an added value.

According to the French Foreign Minister Jean Yves le Drian “This initiative will be complementary and supportive to NATO. It will be a reply to the developments in our region”.

To the same direction is also, Pentagon spoke-person Katie Wheelbarger statement: “We are supportive of it, as long as it is complimentary to and not distracting from NATO’s activities and requirements. WE don’t want to see E.U. efforts pulling requirements or forces away from NATO and into the E.U.”.

In this context, it would not be meaningless to take into consideration that United Kingdom, despite Brexit, didn’t exclude to participate in the future in some PESCO activities.

German Minister of Defense Ursula von der Leyen observes that “It was very important for us to be organized as Europeans. PESCO is complementary to NATO, but we see that nobody else can resolve instead of us the problems which emerge in our region”. More “colored” Foreign Minister Zigmar Gabriel underscored the importance for Europe to “avoid remaining a vegetarian with a lot of problems in a world of carnivores”.

In fact, NATO Secretary General Jens Stoltenberg focusing on “a way that we complement each other” underlined three “needs” : (i) Coherence as for the development of capabilities and avoiding that the same nations have two sets of requirements for what kind of capabilities they should develop. (ii) The need to be sure that forces and capabilities developed under PESCO are also available for NATO and (iii) The need of fullest possible involvement of non EU NATO Allies in the consultations, discussions  and in the ongoing PESCO process.

Under this scope, former U.S. Ambassador to NATO and Professor in Harvard University Nicholas Burns’ observation that “The real task is getting the Europeans to spend more efficiently and usefully on Defense. It is a mistake for the U.S. to make this an issue”, is completely pertinent.

Previous articleANTHEMUS SEA BEACH HOTEL AND SPA:  A GARDEN OF EDEN ON HALKIDIKI’S SECOND PENINSULA
Next articleArchbishop Demetrios Proclaims May 20 as AHEPA Sunday