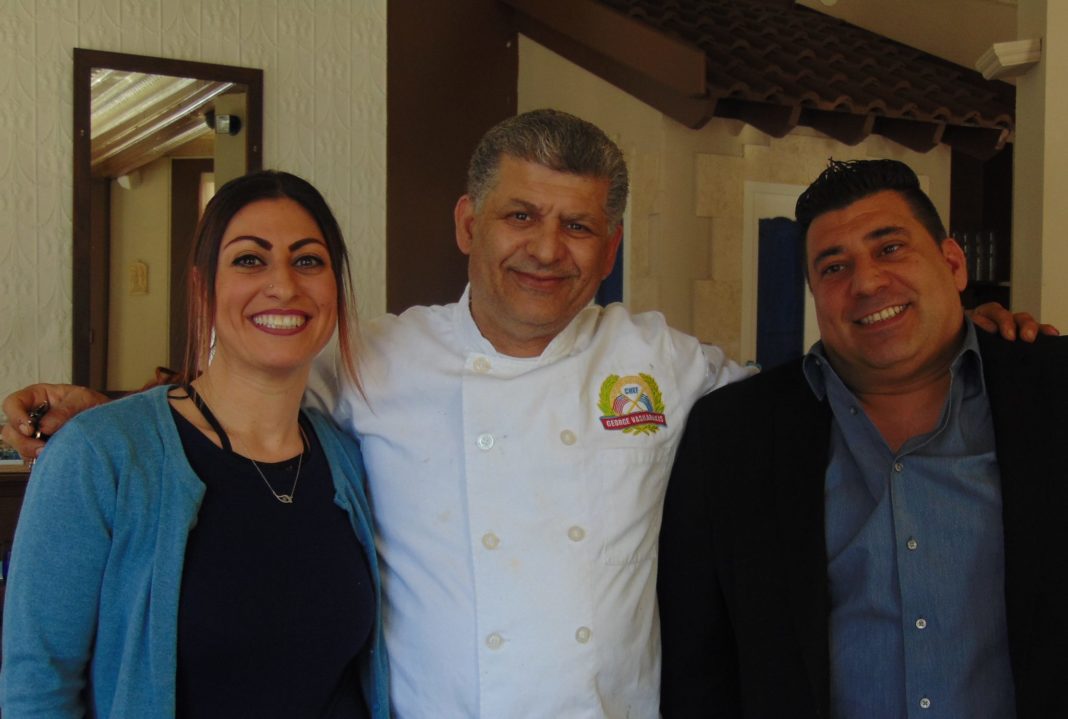 At Village Taverna, they want you to have dinner with the family.

Stop by the restaurant, 769 E. Passyunk Ave., in the Queens Village section of Philadelphia, to get a taste of grand-mom’s kitchen, where you and your family can enjoy a relaxing and authentic Greek meal.

“I kind of wanted to make this feel like their second kitchen or their first kitchen,” says Konstantine Dalamangas, owner of Village Taverna. “Keep it simple. It’s our dinner table. I don’t even want them to look at menus. I just want them to say ‘cook for us,’ to be honest with you.”

Family is central to everything about the restaurant. First, Village Taverna reunited Dalamangas with his restaurant partner, step dad George Vassilarakis, after 10 years apart. The two work collaboratively to make the six month old restaurant a success, with Vassilarakis working as a chef.

Second, the dishes at Village Taverna are based on family recipes from Greece, in the best tradition of Greek food, handed down from their parents and grandparents.

Third, the customer experience at the 52-seat Village Taverna is all about sharing a meal together, whether it’s family or friends.

“So they sit, they get to talk. They see the kids and have a real home-cooked meal. That’s the philosophy I’m trying to go after,” Dalamangas says. He recalls growing up in a Greek American household where the entire family got together for meals. Now, in modern families, both parents are working. Food is grabbed on the go, instead of everyone sitting down to a meal.  “So when they’re here, this has got to be their kitchen, sit back, relax and get a real meal and talk with family.”

Dalamangas says he and his staff are passionate about giving customers a good experience.

The emphasis is on fresh, tasty homemade food, prepared by Vassilarakis, an experienced Greek chef, and served by a well-informed staff.

Vassilarakis drives two hours every day from Hamilton, New Jersey to work at the restaurant. “But he’s my kid. He’s my son. I have to make sure everything is all right for him,” he says.

Dalamangas grew up in an Italian/Greek neighborhood in Trenton, New Jersey. It was a family and neighborhood of cooks “so it was always somebody’s grand-mom or mom cooking.”

Today, his grandmother is in her 90s and she still makes desserts at Christmas time.

She taught the whole family about cooking. “My sister learned a lot from her so sometimes she’ll come here and make a pastry. That’s a special for a day or two, however long it lasts.”

Dalamangas has one sister and two brothers, all in the food business. In fact, one of his younger brothers is coming to work at the restaurant.  A 10-year-old niece “going on 40” has lived in Greece and knows the food, helping with the desserts.  She often educates the customers about the cuisine. “The neighbors come here and ask for her,” Dalamangas says.

Vassilarakis, a food service guy all of his life, taught himself to cook, learning from his mother. He’s worked the big catering facilities, the Italian and Mediterranean restaurants, the diners. He was a food sales representative for 10 years and was a chef in the Greek army. “I covered the whole field,” he says.

Dalamangas has been in the restaurant business since he was a little kid. “Even though I tried other things, it’s just in our blood from my step dad being a chef, showing us when we were little how to cook; mom, grand-mom, everybody.” He’s worked as a bus boy, dishwasher, server, food runner and manager.

“What we have is a little more love,” he says. He points to Dalamangas. “This kid is my stepson. I raised him since he was 7 and his sister,” he says. “But now we came here to come together.  We’re reunited here after 1o years. I think it’s a beautiful story.”

Dalamangas moved out to Queens Village and fell in love with the city and the neighborhood. He got to know people there through his other food service jobs.

He was in Queens Village for eight years when people approached him about opening a Greek restaurant.  An opportunity came along when the owner of a homemade Italian pasta restaurant (Trattoria Alla Costiera, Ulivo) announced he was leaving the area.

“He came and asked if we were interested and believe it or not, from people in the neighborhood, from customers where I used to work, they all said you should do it,” Dalamangas said.

It’s been a good fit, he says, describing a neighborhood of beautiful homes and good family-oriented people. The restaurant fills a gap for the community because there aren’t many places in Philadelphia that serve Greek food, even though people really love it.

“That’s another reason I wanted to bring it here,” he says. “A lot of people tell us they hope we’ll stay for a long time.” 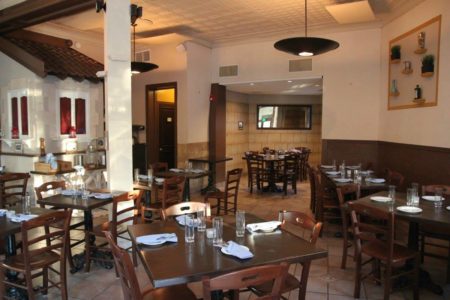 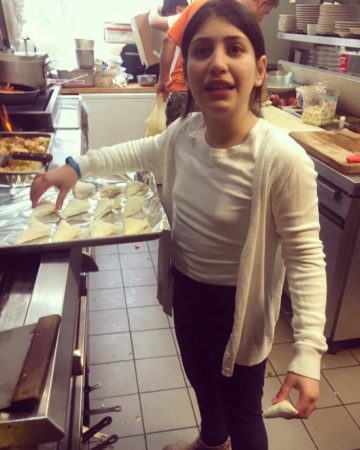 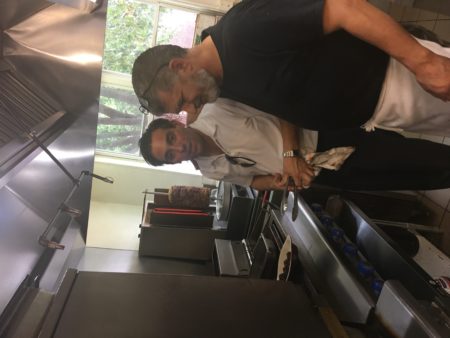 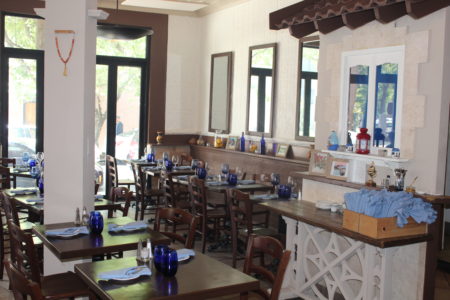 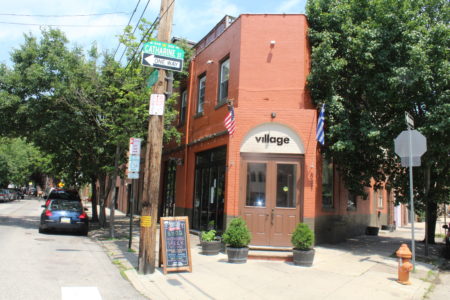 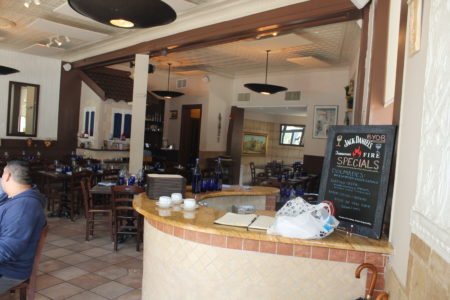 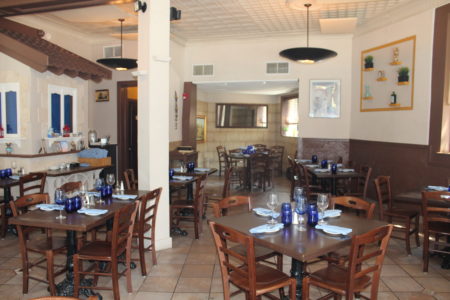 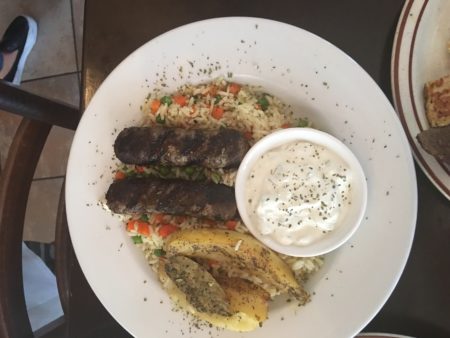 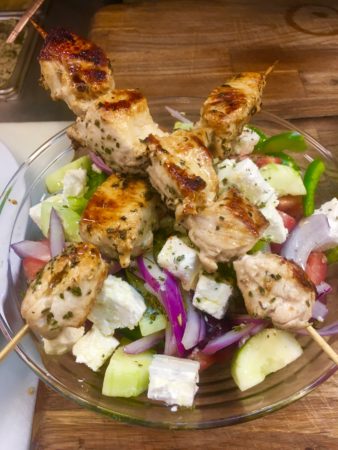 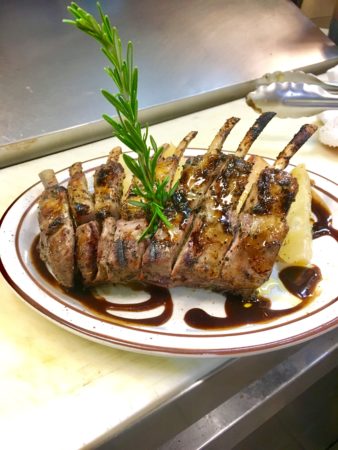 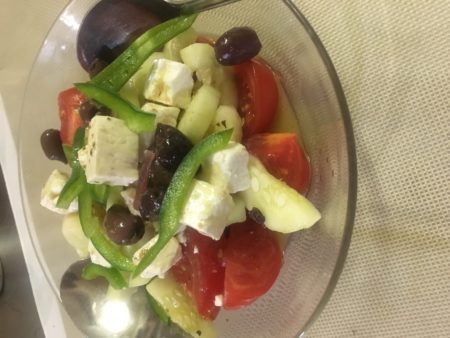 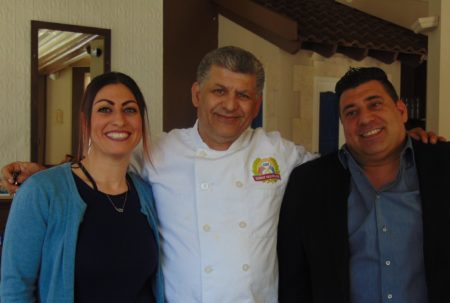