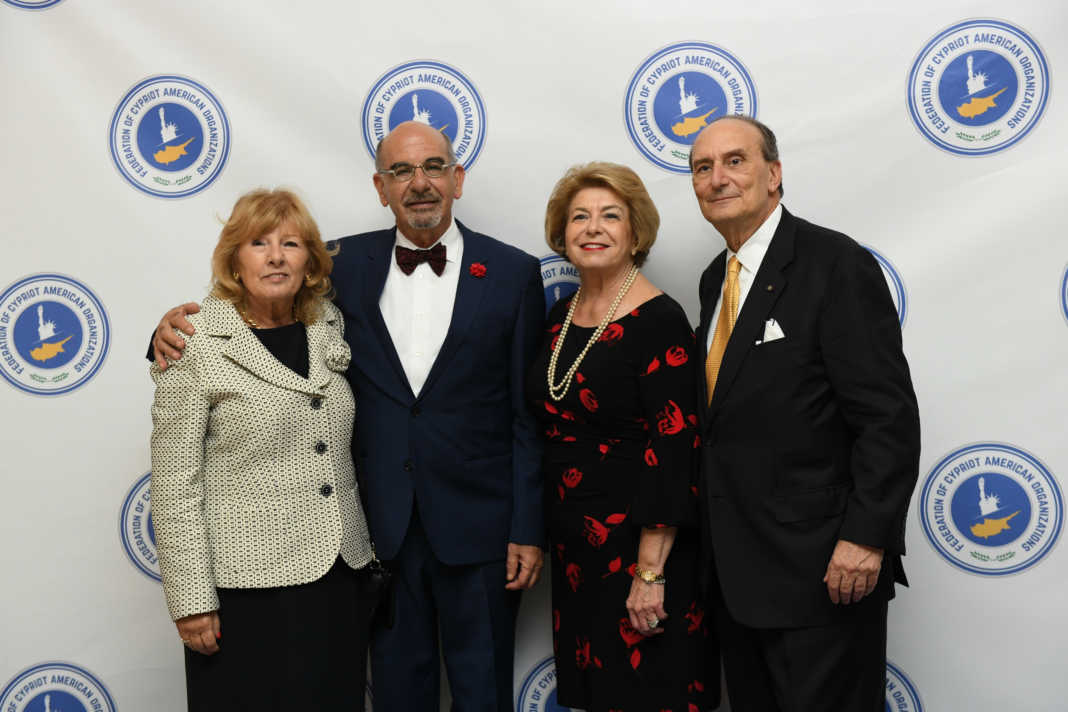 New York, NY – Legal Scholar Dr. Symeon Symeonides and Peter Kakoyiannis, Esq. were the honorees at the “2019 Annual Testimonial Dinner” of the Federation of Cypriot American Organizations (FCAO) held on Thursday, September 26, 2019, at Terrace on the Park. Dr. Symeonides was bestowed with the Lifetime Achievement Award in recognition of his scholarly work, significant contributions and exceptional achievements in the field of law, while Peter Kakoyiannis was presented with the Community Service Award for his outstanding volunteer service and dedication to the community and for promoting the ideals and values of Hellenism. The Testimonial Dinner was co-chaired by The President of the Republic of Cyprus, and His Eminence Archbishop Elpidophoros of America. 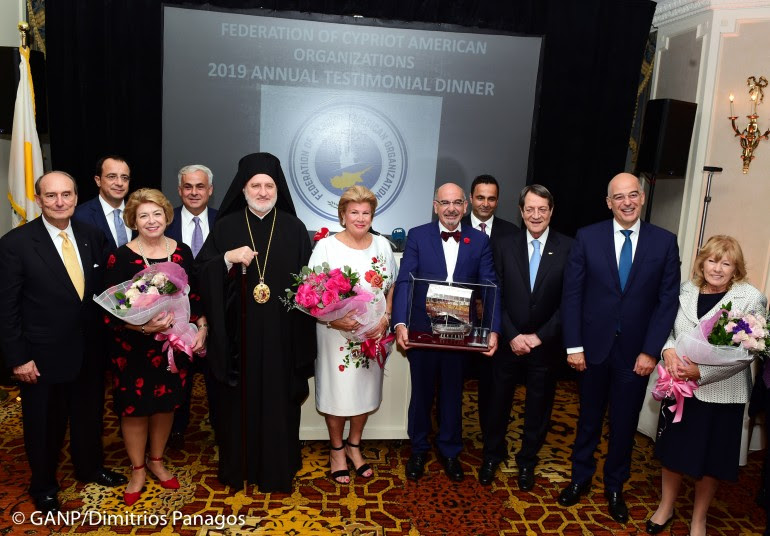 The President of the FCAO Kyriakos Papastylianou, during his remarks, welcomed President Anastasiades and assured him that all Cypriots of America are trying united to help to find a viable solution for the Cyprus issue. He reminded the President that among the Cypriots of America, there are no political parties. He praised President Anastasiades for his efforts to solve the political problem, as well as for the economy and the health system. “Be assured that as we did with your predecessors, you will have our continuous support,” the FCAO President said. 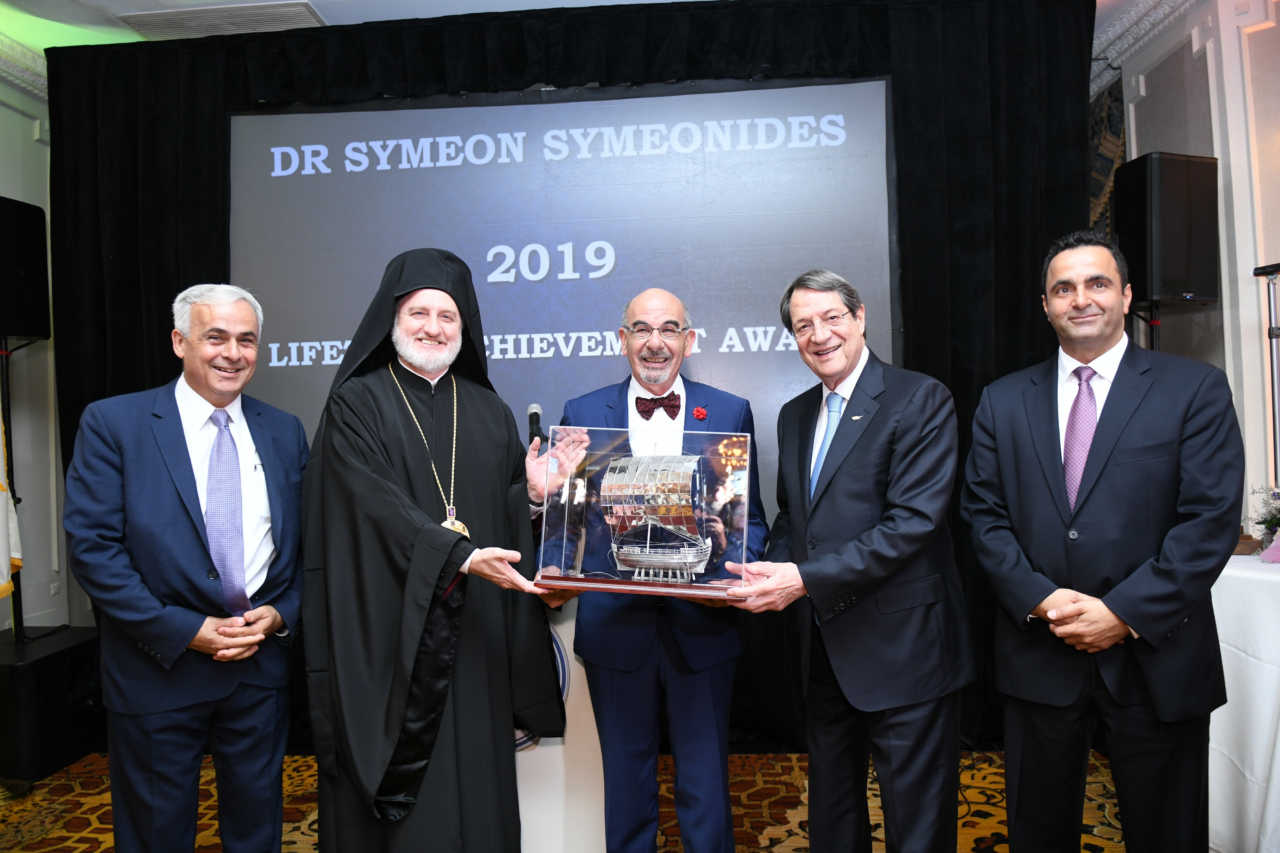 H.E. Archbishop Elpidophoros praised the Cyprus Federation for its work and conveyed the blessings of the Ecumenical Patriarch Bartholomew, whose biggest dream as he said, “is to be blessed by God to walk on Cyprus, the land of the Saints and the heroes.”

The President of the Republic of Cyprus, Nicos Anastasiades addressing the event, expressed the political will and determination of the Greek Cypriot side in creating the conditions for creative dialogue with regards to the Cyprus issue through a new initiative. Addressing the Greek Foreign Minister, President Anastasiades said that there is excellent cooperation with the Greek government.  The President added that during the various contacts in New York, the Cyprus and Greek governments strived jointly and had a common goal. In closing, he assured those present that he would do his utmost to see Cyprus reunite. 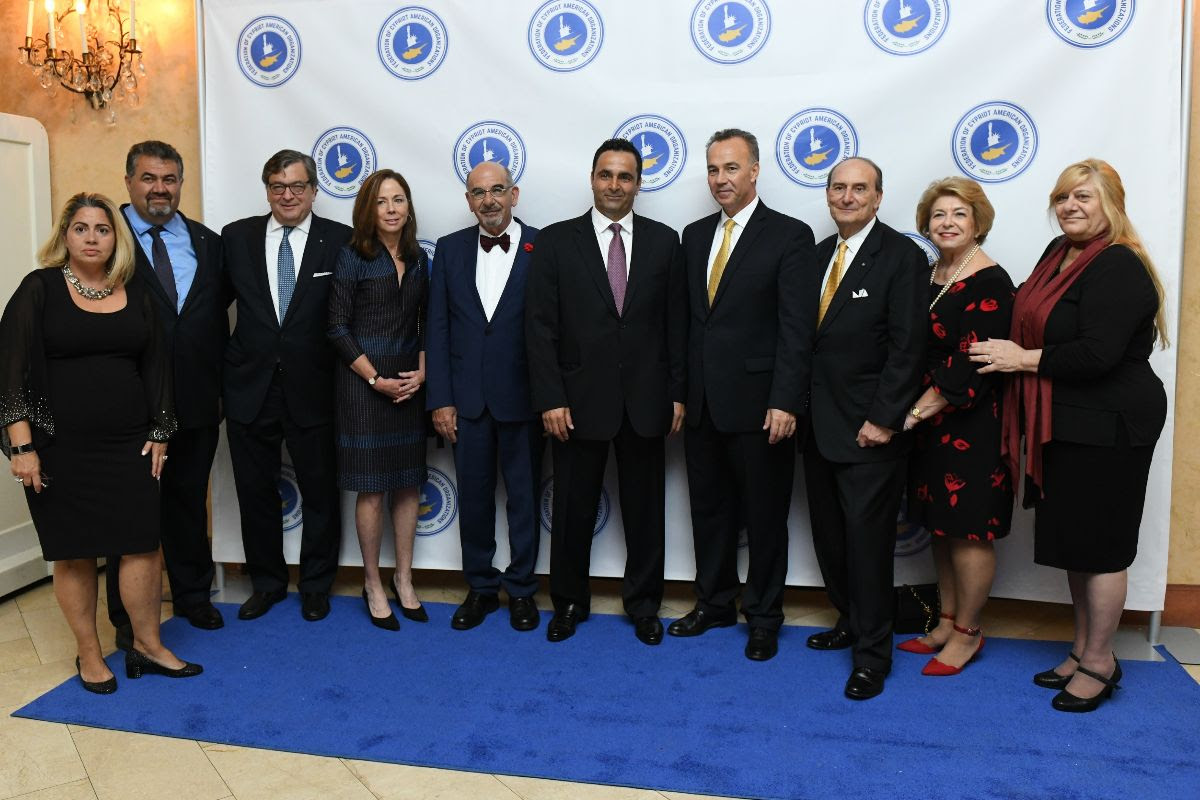 The organizing committee chairman and executive vice president of the Federation, Nicos Paphitis, opened the event by paying tribute to late Nikos Mouyiaris and Dimitrios Kaloidis, asking the audience to observe a moment of silence in their memory. Yannis Christodoulides was the Master of Ceremonies of the event.