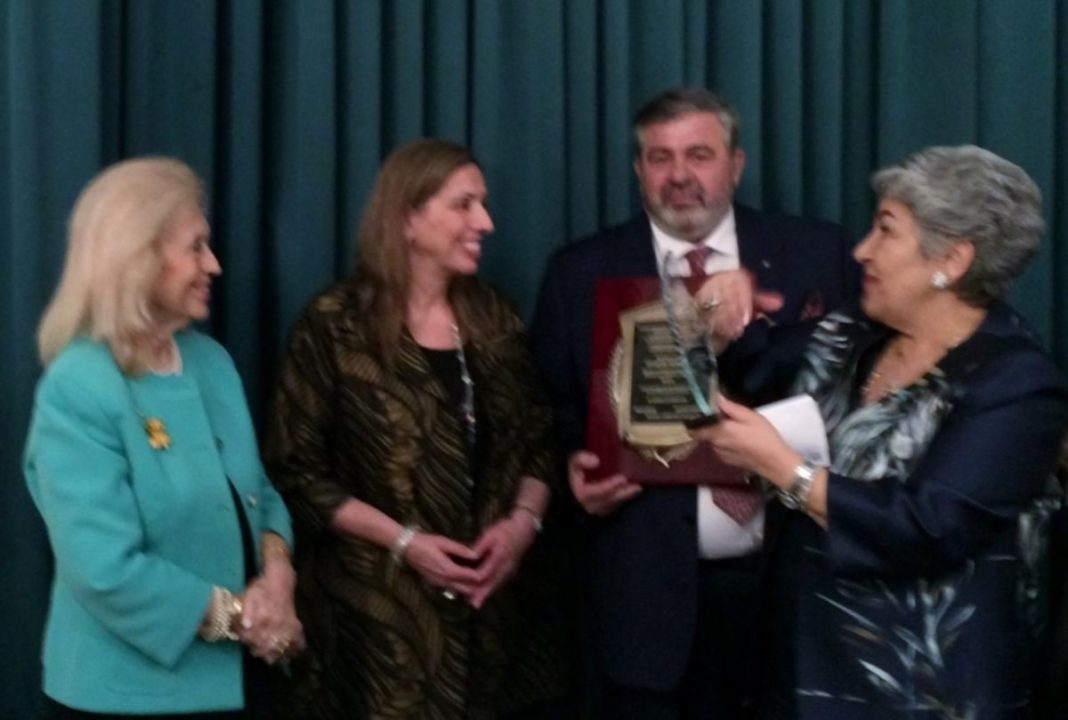 “The starting point of a man’s education sets the course of what follows too, “ Socrates.1  This theme was the focus of “The International Day of Greek Language and Culture.” The Federation of Hellenic American Educators, the Federation of Hellenic Societies of Greater NY and the Hellenic Paideia of America sponsored the event on Sunday afternoon February 12, 2017 at the cultural center of the Holy Trinity Cathedral at 319 East 74th St., New York. Over two hundred persons attended. “The event coincided with the Greek government’s establishment of February 9th as “World Hellenophony Day” the date of the death of National Poet Dionysios Solomos. The Greek language that enriches the sciences, medicine and all languages on a daily basis were celebrated.”2

The speakers stressed that Greek language is spoken all over the world. It is part of the English language spoken by all countries. The Greatest accomplishment of the Ancient Greeks is their language. Greek is the basis of the Sciences, Engineering and Philosophy. One does not become a doctor without knowing Greek. Perpetuation of our ethnicity is in danger, with a movement towards globalization. It was miraculous. 2,500 years ago people called Greeks inspired all. As a people, the Greeks seem unlikely contenders for their mission. They were always fighting among themselves as they do in 2017.  They were the only people who believed man has an obligation to strive towards excellence. The best modern thought amounts to footnotes to Plato. This is the meaning of Hellenism.

The Greek Teachers Association “Prometheus” was represented by Dr. John Siolas. President Demosthenes Triantafillou in his greeting on behalf of the board of Prometheus, said “that Prometheus will support the Federation in this celebration with a contribution of $ 200.00 to reserve a white page in the Journal.”Prometheus” members, George Melikokis, Timoleon Kokkinos and others were present.

Dr. John Nathenas described “Dias International Academic Studies Summer Accredited College Courses” from July 9th to August 13, 2017 in Crete. Unforgettable weekend educational excursions are offered. The Dias Cultural Program at no cost to students has intensive Greek Folk dances, folk music at Odeion Mountakis with hands on musical instruments of the Lyra, Laouto, Mandolino and Klarino. Undergraduate and post graduate courses in education and philosophy courses will be held in Rethymnon. Pre-Med and Bio-Science courses are instructed at Heraklion. For more information, email [email protected] or visit diasedu.com. The organizer had an event to remember.