"Courtrooms who were brought to the United States by American missionaries from Greece of the Ottoman Empire were probably the 'the pioneers of the...
Read more
Church 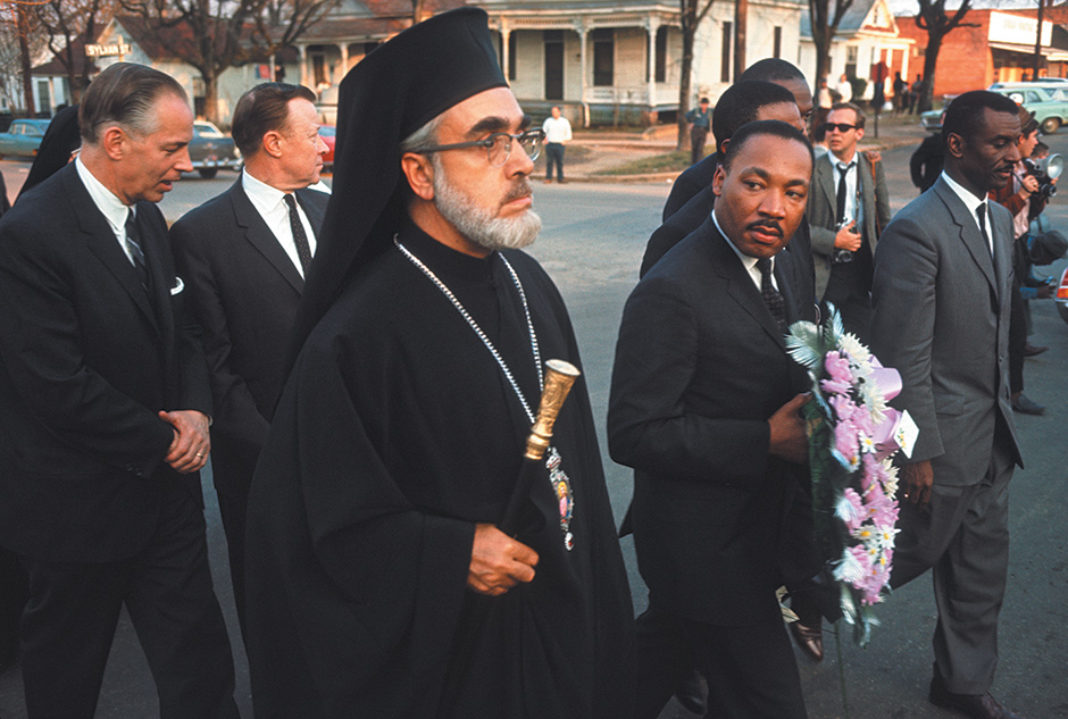 We are thankful to hear from two distinguished Greek Americans, Dr. Aristotle Papanikolaou and Dr. George Demacopoulos, who recently published an essay about the injustices African Americans face. The authors encourage us to step into their shoes, and we agree that the Greek Orthodox Archdiocese has a role to play in the struggle for justice. We do not, however, ignore or apologize for our grandparents’ generation. As Archbishop Iakovos attested to, our grandparents are examples for us to emulate in today’s struggle.

Papanikolaou and Demacopoulos argue that the generation of Greek Americans who lived during the Civil Rights movement did not understand its moral necessity. They paint a picture in which many Greek Americans were racists and maligned Archbishop Iakovos for marching at Selma. Yet His Eminence painted a different picture. Following his appearance, he issued this press statement:

“I came to this memorial service because I believe this is an appropriate occasion not only to dedicate myself as well as our Greek Orthodox communicants to the noble cause … but also in order to show our willingness to continue this fight against prejudice, bias and persecution. In this God-given cause, I feel sure that I have the full and understanding support of our Greek Orthodox faithful of America. For our Greek Orthodox Church and our people fully understand from our heritage and our tradition such sacrificial involvements. Our Church has never hesitated to fight, when it felt it must, for the rights of mankind; and many of our Churchmen have been in the forefront of these battles time and again …”

His Eminence spoke not only for himself, but for his people. He stated that Greek Americans fully understood the moral necessity of the Civil Rights movement, drawing on their particular history. He assured the public that they were experienced actors on the battlefield for human dignity. Greek immigrants to America had suffered Ottoman Turkish rule, the Greek Genocide of 1921-1922 and the Second World War. They had bled in struggles against oppressors.

The authors tell us to act differently than our grandparents did, so that we are not found to be on the wrong side of history. His Eminence, on the other hand, would have us follow their example.

It is important to acknowledge that three parishes sent letters expressing their disapproval to Archbishop Iakovos after his appearance. One was a Birmingham parish. We must remember that this parish lived in a center of terrorism. Terrorists had bombed Birmingham’s 16th Street Baptist Church in 1963, killing four young girls and wounding 21 adults. Black women, children and babies had been brutalized with dogs and high-pressure water hoses. A volunteer group of local segregationists, wielding rubber tubes wrapped in barbed wire, attacked the first Selma marchers alongside Alabama state troopers, demonstrating that local terrorists were openly allied with the police. These Greeks feared their businesses would be blacklisted, their windows shattered by bricks or their loved ones killed. They feared that once the public saw their Archbishop with Dr. Martin Luther King, Jr., the terrorists—who had murdered a white priest for marching with King—would target them. If we wish to critique their decision, we must acknowledge the danger they faced, in addition to the anti-Greek sentiment already present. Archbishop Iakovos’s closest advisors told him that his life was in danger in Selma.

Young Greek Americans must imagine what it was like as a Greek at that time. We must familiarize ourselves with our past since, as His Eminence declared, it is this past which gives us courage to enter the struggle for justice. The Archdiocese archives show that the letters of admiration to Iakovos outnumbered those of criticism, and testimonies about the advocacy of everyday Greek Americans are numerous. Another activist from this generation was the legendary rock ‘n roll musician Johnny Otis (Ioannis Veliotis), and the broader Greek American past includes those like Louis Tikas, whose involvement in the Colorado coal labor conflict was told in the 2016 documentary Ludlow. We have much to learn from our predecessors.

Nikolaos Piperis graduated from the University Honors Program at Boston College with a B.A. in the Western Cultural Tradition and Philosophy with departmental honors. He received an M.A. in Philosophy from Boston College.

Stavros Piperis graduated from Boston College as a Dean’s Scholar with a B.A. in Political Science with departmental honors.

Both Nikolaos and Stavros are Creighton Scholars at the Creighton University School of Law, and serve as Youth Directors at St. John the Baptist Greek Orthodox Church in Omaha, Nebraska.