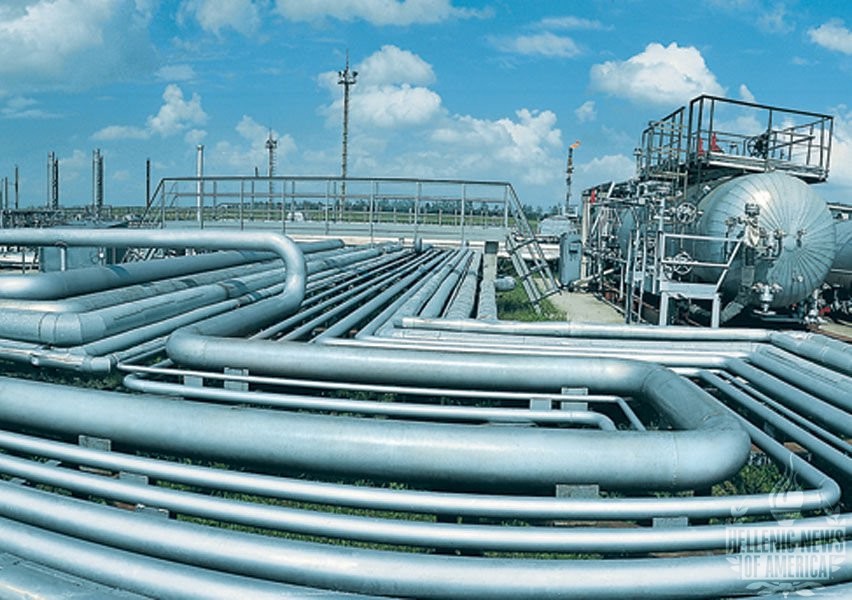 Glorious cities once full of life are now razed to the ground crumbled and desolate. They remain as a reminder of the atrocities of wars by extremist groups and religious fanatics, but also by failed governments meddling as masters of conflict and deceit.

The dehumanizing living conditions of millions of civilians in Syria and Iraq confirm the carnage of the five-year war, maiming, enslavement and human trafficking in the hands of madmen. Over seven million children were affected with thousands massacred as war-victims or “collateral damage” as the US likes to name them. While the rest of the world watches the mayhem on their televisions screens, the plight of the innocent simply confirms that it is “out of sight out of mind!”

Like in the Ukraine, the conflict in those two countries has never been a conflict of civil war but the result of international players positioning themselves on a geopolitical chessboard in the fight over gas and oil, fuelling the world’s bloodiest conflict. The scenario becomes clearer once the chess players are placed in their boxes for their next line of attack in a deadly game of dominance.

Governments protecting their geopolitical interests in conflict regions, such as in the Ukraine, Syria and Iraq but also in Yemen have to accept a share of blame for those atrocities. Their aim has always been the same; the one that controls the flow of oil and gas, controls the rest! There is no other logical explanation to justify the obliteration of Syria and Iraq other than to say: “It’s the gas pipelines, stupid!”

Putting the scenario in its right perspective one has to see the wider chessboard and not to fall victim to propaganda by spin-doctors of the mass media demonizing heads of states as in the case of Bashar al-Assad, the Syrian President. His only crime has been to defend his country from take over by enemies from within and from abroad. Any other country would have done the same; just like the UK did declaring war against Argentina to defend its god-forsaken Falklands islands!

But wars today are not only about politics and territorial gain! It’s much more than that! It’s about energy. Without it everything grinds to a stop!  Hungry for fuel advanced nations will do anything to protect their interests. In its desperate attempt to secure alternative suppliers of energy, the EU and western powers have set out to break ranks from relying on Russian fuel, even if it means applying clandestine methods. The EU/US did so with the Ukraine and have shamefully destabilized that country and in the process, triggered an ugly civil war. The country is now partitioned and serves their interests well!

The other major player on the chessboard is Turkey. A wolf dressed in sheep’s clothing, Turkey is ready to pounce on anyone that threatens its advantage at the game. A secular state, Turkey however shows sign that it may be the next country in the region to face the ravages of social instability and a break up. But in the complex game of energy Turkey has become a hub of pipelines crisscrossing its territories and benefits greatly from transit fees and other energy-generated revenues. She does not want to lose her strategic position at any cost and would lash out at anyone that poses a threat; even if imaginary!

As the war for oil continues, super powers and terrorist radical groups are vying for a regime change and territorial control. At the throats of one another those players in Syria are inching forward in a game of deceit and brutality that has reached labyrinthenian proportions.

But it’s not over yet; the cherries on the cake are two massive pipelines! They both serve opposing strategic interests:

(a) The proposed Iran-Iraq-Syria Pipeline running from Iran’s South Pars gas fields cuts through Iran, Iraq, Syria and Lebanon to reach the Syrian coast and supply European customers directly from Syria’s terminals. It bypasses Turkey altogether! This route has the support and protection of Russia, who also has a naval military base at Syria’s Tartus;

(b) The proposed Qatar-Turkey Pipeline starts at Iranian-Qatari gas fields and cuts across Saudi Arabia, Jordan and Syria towards Turkey to connect with the Nabucco pipeline in Turkey to supply the Turkish and European markets. The EU and the USA prefer and support this route but to everyone’s dismay, President Assad refuses to allow the pipeline to pass through Syrian territory to Turkey.

Under that scenario, it has become critical to remove Assad and replace him with the Syrian Muslim Brotherhood as a new “friendly” government. Meanwhile, western powers provide military support to warring factions, while the media continues to demonize Assad – just like they did with Saddam Hussein and Gadhafi! The results of those failed policies are in plain view for everyone to see and decide.

The failed Qatar-Turkey Pipeline bidder Qatar, in collusion with the Saudis and Turkey, put in action a plan to destroy Assad through military might. It is believed they have funded anti-Assad rebel groups with a more than 3 billion dollar fund that gave birth to ISIS and other radical groups. With limitless financial backing, the various terrorist factions have set out to destroy Syria by killing millions so savagely the world has never seen before but especially public beheadings of prisoners. With the help of Russia and Iran, Assad did not capitulate but resisted the onslaught in defence of his country!

Among the ashes of chaos, a tiny minnow has surfaced in the region to add to the complexity of that chaos. That is the island of Cyprus!

The Republic of Cyprus has been blessed with massive hydrocarbon reserves and the discovery has wetted the appetite of those same global protagonists. Like a hound that has sniffed the scent of its prey, they have also turned their eyes on Cyprus and planned their next line of attack; they are calling for a solution to be signed in 2017 before they would seriously consider investing on the island! This is a strategic blackmailing tactic that has influenced the current government to play ball.

But, the discovery of gas has also triggered Turkey to openly provoke Cyprus militarily claiming that Ankara is entitled to a large share of the discovery and using the Turkish Cypriot community to justify those bully demands.

The energy chess game in the Eastern Mediterranean has changed the entire geological spectrum in the region. It not only involves Cyprus’ Aphrodite gas field but also Israel’s Tamar and Leviathan gas fields, as well as Egypt’s Zohr gas field. Rich in hydrocarbon the region is believed to be the world’s largest offshore gas finds of the past decade.

The three agreed to cooperate on transporting the gas on establishing an Israel-Cyprus-Egypt Pipeline for the European markets. However, before that can happen the Cyprus issue has to be resolved; hence the urgency to resolve the issue this year.

The scheduled talks in Geneva on January 11th would probably see a new parthenogenesis and replace the Republic of Cyprus with a New EU-Cyprus. If successful, it would suffice and put everyone’s mind at rest. The IMF/EU Troika would move in big time this time to provide billions upon billions of poisoned loans for the reunification costs, reconstruction and gas exploitation.

The interest on those IMF/Troika loans would certainly cripple the economy and devour a massive portion of any future gas revenues and one has to decide, if this is a blessing or a curse?

Everyone is gambling that Greek Cypriots would vote in favour of the dissolution of their country! If the fragmentation of Cyprus succeeds, it would be done not through war (like in Syria and Iraq) but with the sharp point of a pen to sign the death of the Republic by dirty fingers in white gloves to hide the stains.