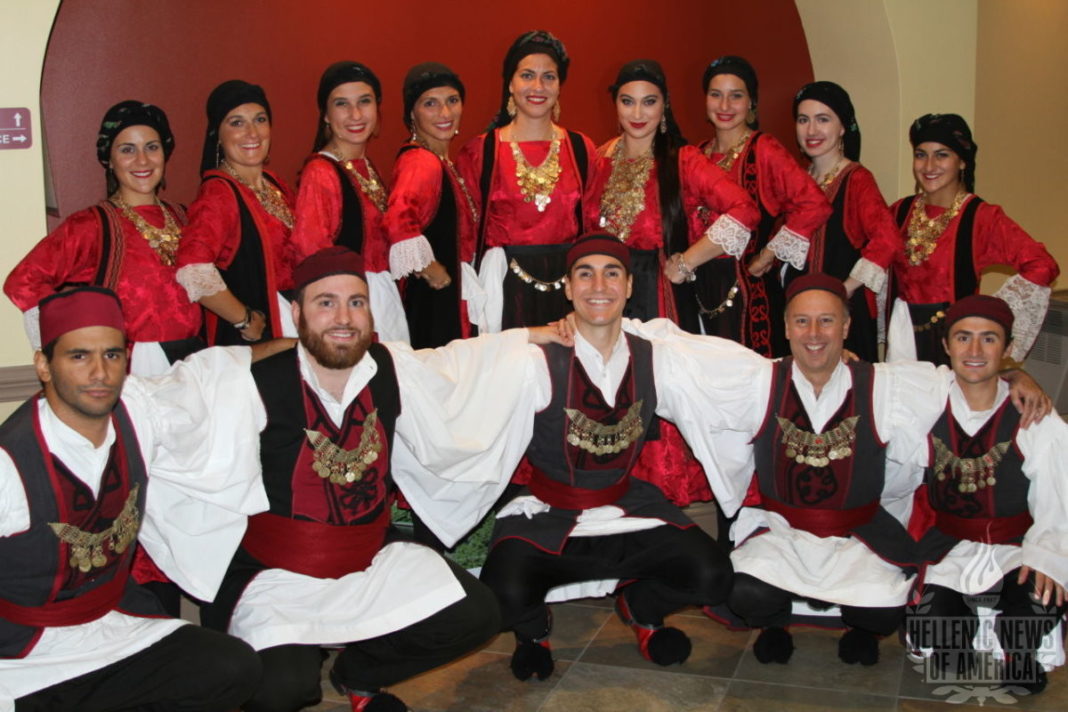 Hellenic Dancers of NJ 45th Anniversary Taverna Night!
Celebrating our History; Preserving Greek Culture
Holmdel, NJ – The nationally famous Hellenic Dancers of New Jersey (HDNJ) present its 45thAnniversary Taverna Night Dinner Dance Saturday, January 28 2017, at Kimisis Tis Theotokou Greek Orthodox Church, 20 Hillcrest Road in Holmdel, NJ. Beginning at 6 pm, attendees will enjoy a full Greek dinner buffet and desserts, Greek and popular music, and a special performance and fashion show by the Hellenic Dancers of New Jersey. All proceeds from the event will support HDNJ in preserving the folk dance customs of Greece, and perpetuating Greek heritage in America. Funding from the event will also support the dance troupe’s 2017 touring schedule. Reservations for this event can be made by contacting Cheryl Bontales, 732.796.1006; [email protected] Tickets range from $20 – $40 dollars and will not be sold at the door. This event is funded in part by the Hellenic Dancers of New Jersey, Inc., and New Jersey State Council on the Arts – Department of State, a Partner Agency of the National Endowment for the Arts.
As the first organization of its kind in New Jersey, HDNJ has evolved to assume a vital cultural role in the community. It has inspired the creation of Greek folk dance groups all over the country, and functions as an integral component in maintaining the tradition of Greek folk dance in America through performances, historical research and teaching. Spiro Petroutsos, Artistic Director comments on the important milestone the troupe has reached, “This year marks the 45th anniversary of the Hellenic Dancers of New Jersey. It is because of this milestone that this year’s program will not only aim to educate and entertain as always, but will also serve to celebrate HDNJ’s 45 years of excellence. It is an honor to carry on this group’s legacy, as well as showcase some of the amazing things we are capable of going forward.” 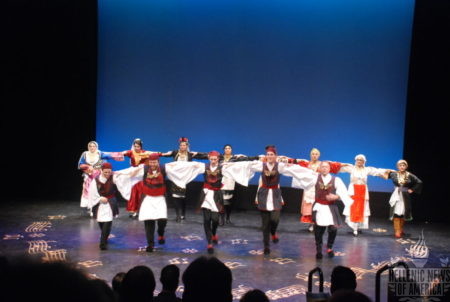 While the 45th Anniversary Taverna Night is a dinner dance that will celebrate the history of HDNJ in terms of the performance and fashion show, the event is a chance for the troupe’s friends, supporters, alumni and anyone who has a love of Greek culture to dance the night away. Proceeds from HDNJ’s Annual Taverna Night will support this all-volunteer 501 (c) 3 nonprofit with general operating expenses. By purchasing a ticket audience members directly assist HDNJ in its mission of preserving Greek culture through presentations of the traditional folk dances of Greece.
Founded in 1972, by Fr. Jim and Eleni Chakalos, the Hellenic Dancers of NJ has researched, presented and preserved over 350 folk dances, songs, and traditions from mainland Greece, its islands, Cyprus, and Asia Minor, and passed them on to three generations of Greek Americans.  The troupe has been commended numerous times throughout its 45-year history, for its dedication to its mission, as well as the enthusiasm and excitement of its performances. The dance troupe is currently comprised of first, second, third and fourth generation Greek Americans, ranging in age from 16 – 45, and representing the many Greek communities of New Jersey.
“Myself and the instructional staff have the privilege of continuing what Fr. Jim and Mrs. C started, and that is not a privilege that any of us take lightly,” states Petroutsos. “We understand the importance of the position that we are in, and are extremely excited about the opportunity to leave our stamp on the HDNJ, while remembering and honoring all of the instructors and dancers that came before us. Without the Hellenic Dancer of NJ’s rich history, we would not have the amazing opportunities that lay before us today.  This year’s Taverna Night is not only intended to entertain (which we know it will!), but it is also meant for the dancers of today to say ‘thank you’ to Mrs. C, Fr. Jim, the dancers of yesterday, and the 45 year legacy that they have left behind.” 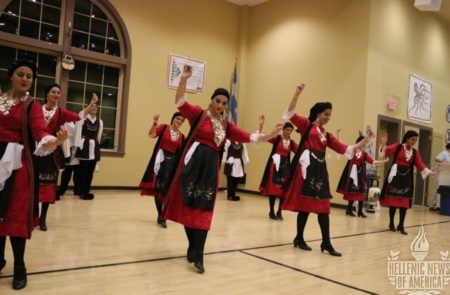 This outstanding troupe is nationally recognized for its presentation of Greek traditions and has performed at a number of local and national events during its 45-year history, including: Dukakis Presidential Rally, Inaugural Festivities for former President Ronald Reagan, Statue of Liberty Weekend Grand Finale, 20/20 ABC Television Program, Queens College of Byzantine and Modern Greek Studies Benefit, O. Elytis Chair of Modern Greek Studies at Rutgers University Benefit, Union County College Folk Arts Festival, the NJ State Ethnic and Diversity Festival, for Ecumenical Patriarch Bartholomew upon his first official visit to New Jersey, and Greek Heritage Day with the Metrostars. Members of the troupe participated in the Closing Ceremonies of the 2004 Olympics in Athens, Greece and at the 2006 Centennial Epiphany celebrations in Tarpon Springs, FL.
Thanks for reading Hellenic News of America
Subscribe to HNA
Share
Facebook
Twitter
Pinterest
WhatsApp
Linkedin
Email
Viber

Previous articleVOTE NOW FOR GIANNIS ANTETOKOUNMPO FOR THE 2017 NBA ALL STAR GAME
Next article“IT’S THE GAS PIPELINES, STUPID!”