CommunityGiannis  Antetokounmpo  and  his  family  to  be  honored  at  the  30th  Anniversary  of...
CommunityFeatured 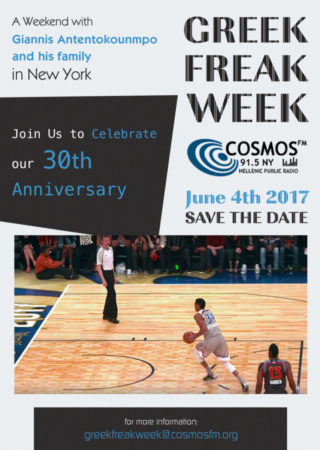 The  events  will  take  place  with  the  support  of  the  Greek  National  Tourism  Organization.