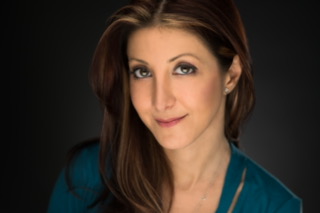 It should have been the happiest time of her life.  Zina Wilde was getting married.

Instead, thanks to a clerical error at U.S. Immigration, the time of her wedding became a nightmare that threatened to sidetrack her entire life in America.

Now the Greek American actress and writer, currently starring on the hit Showtime series “Billions,” is hoping to turn that personal experience into a feature length film shot in Greece. Written and produced by Wilde, the film’s focus is on immigration and how it can change your life based on you not doing anything wrong, Wilde says. She is currently looking for backers to finance the film. 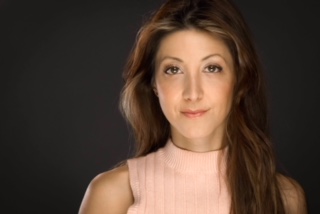 So exactly what happened to her?

“I was banned from the country…for life,” she says.

In June 2012, Wilde left her Upper East-side apartment in New York and traveled to Greece with her fiancé, Jonathan. They were to be married in Thessaloniki where Wilde grew up so her family could be part of the celebration.

She came to the United States in 1998 to pursue her acting studies and a performing arts career, and had been living in America for about 15 years when they left for Greece. The plan was for her and her Canadian husband to come back to the United States where she would star in her first big movie.

Instead, she was told not to bother making the trip. Though her paperwork was in order and she had not overstayed her visa, a clerical error showed she was not eligible to re-enter the United States.

“It was seven months of completely not knowing where I was going to be. I didn’t have any money,” she says. Experts told her to find somewhere else to live because the United States would never welcome her back.  For 15 years, she had worked to build a career in America and one bureaucratic mistake threatened to bring it to an end.

“… I had a dream that I had when I was 17 and that dream completely vanished in a day and I had nothing to do with it,” she says. 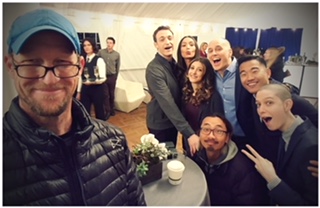 Only one other person was banned for life from entering the United States and had the decision reversed– John Lennon. Wilde realized she needed the best legal help she could get. Who better than the son of Lennon’s lawyer?  She approached him with her story and he took the case.

The legal battle against U.S. Immigration ended in her favor, and she has her green card to prove it, but along the way she experienced the terror of suddenly being unwanted in the place she called home.  Her plight was similar to the children of illegal immigrants today, born in the United States, who now may have to leave because of U.S. immigration policy.

“There are people being born in this country. All they speak is English. They’re here and they’re being forced out to places they’ve never been to. That’s insane,” she says.

She hopes her story, told through the film, will educate others. “So many people don’t realize … that you don’t have to be a criminal, you don’t have to do something that’s crazy and get this kind of restriction in your life,” she says.

She’s pushing to have the film made in Greece as a way to boost that nation’s tourism. “It would be a really great advertisement for Greece because it takes place in beautiful places,” Wilde says.  She hopes tax laws in Greece will change to make it a more lucrative location for American production companies.

Wilde was born in London, England where she lived until age 4. Her father was a doctor and had a medical practice there. Her parents, raised in Thessaloniki, returned there for Wilde’s childhood and early teen years.  Her mother and sister still live there. Her father passed away two years ago. “It was an easy place that felt very safe,” Wilde says. It was in Thessaloniki, particularly at summer camp, where she learned Greek values of community, friendship, loyalty, creativity, and thinking outside the box.

“It was a great place to grow up. I had a lot of friends,” she says. The urban setting of her childhood made coming to New York City all the more appealing.

There were no theater opportunities going to public school in Greece, though her education was outstanding.  A shy and sensitive child, she kept her interest in performing a secret until she left in 1998 for the United States to attend college at New York University. She remembers as a child seeing her first theater production at London’s West End. “I was mesmerized,” she says.

Her family supported her decision to come to New York but they were nervous about her pursuits as an actress. 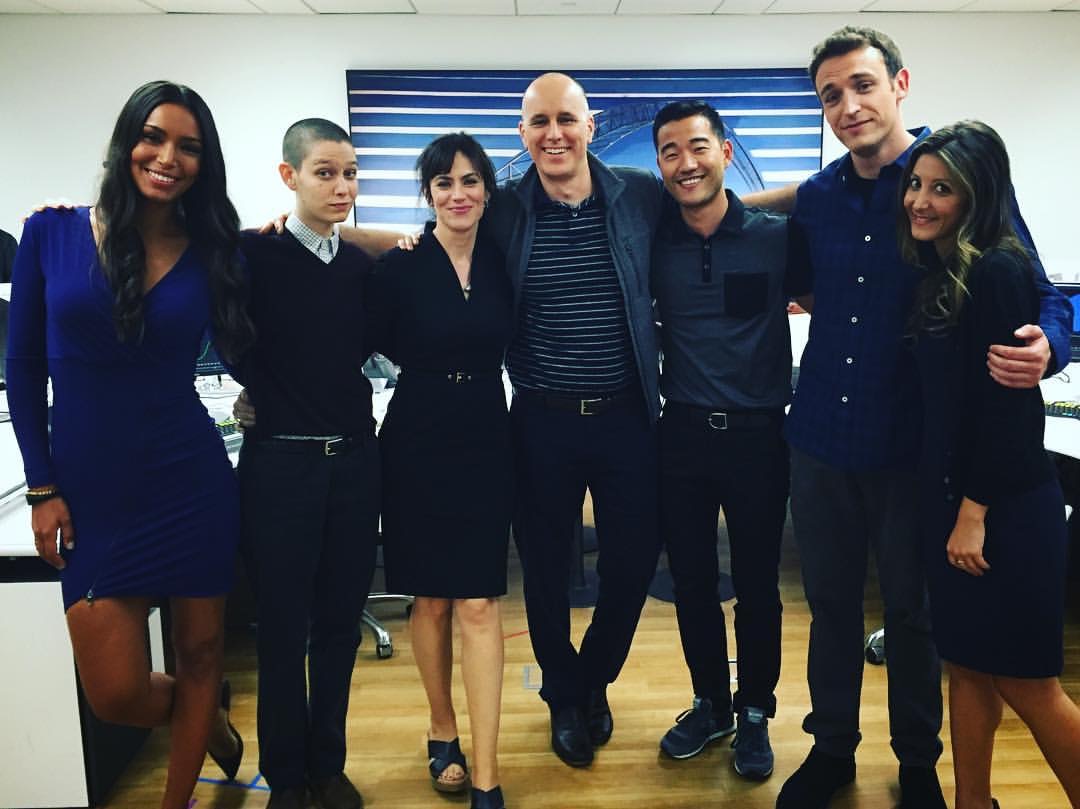 “I actually had to do a minor that was in educational theater that left them feeling ‘well she can fall back on that, and that’s OK.’  In the end, though, her persistence and positive attitude has led to her greatest successes in theater, film and television, a journey others can’t often make.  “They couldn’t deal with waiting tables for 10 years, or doing all sorts of odd jobs, unknown, being one speck of dust in a sea of people, but that’s part of the process.”

Wilde received six years of schooling in the United States. She earned a Bachelor of Fine Arts from New York University and went to drama school at The Neighborhood Playhouse and to the Alvin Alley Dance.  She is an ongoing student of Larry Moss.

A year after leaving school, she immersed herself for 10 years at a theater company, a great learning experience. In one year, she was in 30 productions. “It felt a lot like my summer camp. We were doing a lot of creative things,” she says. It was there that her shyness went away and her acting abilities really emerged.

The company was led by Josh Fox, director of “Gasland,” a film on fracking that was nominated for Best Documentary at 2011 Academy Awards. “They have so many incredibly talented people. I learned a ton.”

These days, Wilde is busy playing the part of Helena on Showtime’s “Billions.” The show is about power politics in the world of high finance. Helena is the secretary for an ambitious hedge fund king, Bobby “Axe” Axelrod, played by Damian Lewis.  On Feb. 20, Wilde was filming Episode 11 of the show’s third season, which will start airing March 25. “You can see a lot of me on that season, more than in the second season,” she says. “It’s a very small role, but I’m there a lot because I play Damian’s secretary so whenever he’s around I’m always around.”

She’s happy to play a small part in the show’s success. “My co-workers are amazing,” she says. “Going to work with these people is an incredible gift.” This season, one of her acting idols, John Malkovich, is on the show. “Working with him is a dream.”

Her father died before he had a chance to see her recent success, on “Billions,” NBC’s “The Blacklist” and ABC’s “Madoff,” to name a few. “The success that I reached was more recent and he never really got to see that, so that was a bummer but he was very proud towards the end,” she says.

In between acting and generating support for her feature film, Wilde and a friend have also created three short films that are being submitted to film festivals. She’s written another short film about a relationship between a woman and her therapist. One of the scenes, a funeral for the woman’s father, will be shot over three days in April at St. Demetrios Greek Orthodox Church in Astoria, New York. The film will be directed by an actor now appearing on “Billions.” “It’s going to be a lot of fun. I can’t wait for it,” she says. 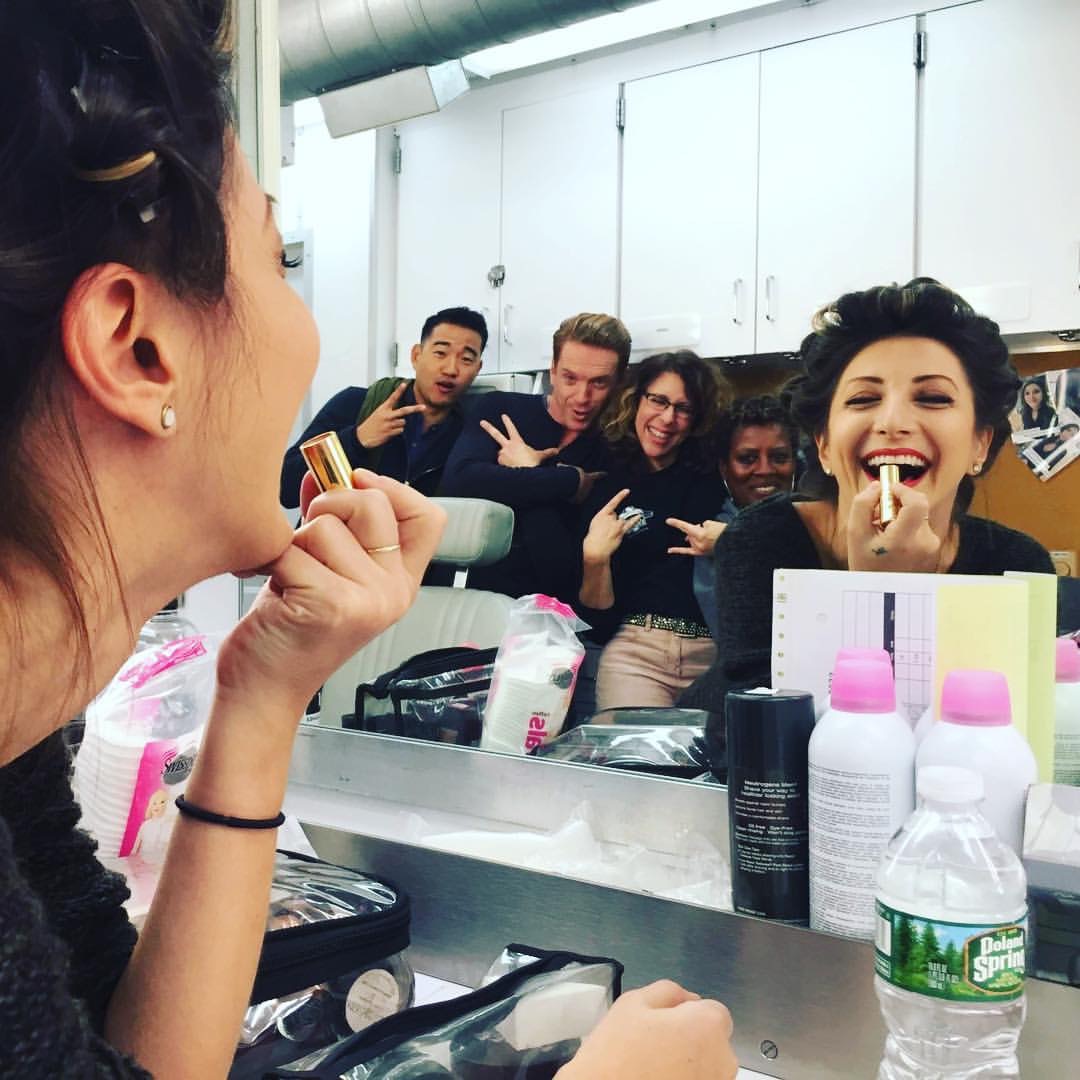 The short films are projects of love that give her a chance to do some writing and create a troupe “with friends that I love.”

Her journey of self-discovery also led her to become an IPEC certified professional Life Coach and she is listed as an Energy Leadership Index Master Practitioner with a private practice in the West Village.

Wilde says she was at a low point, desperate, and thinking of abandoning the acting career. “I needed to start a new way of thinking,” something creative but with more of a scientific aspect to it. “Life Coach seemed interesting to me because it was a way to help yourself, to be more positive,” she says. “When you’re in that negative place in your life it is very hard to allow things to happen.”  She studied for a year to become a Life Coach and was able to use what she learned to help re-focus her acting career. “Six months after I finished the course, I booked my first reoccurring job on ‘Madoff’”. People told her reoccurring roles aren’t offered on TV unless you have major credits. She didn’t, but got the role anyway.

“In every profession and every capacity, life can be down,” she says. “You don’t know how to keep going. People do need the help.”

She’s grateful for the doors that have been open to her and loves how acting has led to self-discovery. “I’m learning so much about who I am. It’s fascinating,” she says. “It’s a great, great profession once you get to do it. And it’s fun.”

You can find out more about Zina Wilde and her career at www.zinawilde.com.