Christos Marafatsos, a prominent Greek-American entrepreneur, spoke with HNA about the launch of ‘Greek Voices for Trump,” by the Trump Campaign where he serves as chairman.

Aphrodite Kotrotsios (AK): Can you tell us a little about your family, where were you born, raised and went to school?

Christos Marafatsos (CM): Born in Maryland, I’m a first-generation Greek-American with roots from both Sparti and Kardamyla, Xios. As a proud Greek American with a strong Greek Orthodox foundation, I’m a member of Saints Constantine & Helen Parish in Olney, Maryland, where my family has continued to play an active role. I received my undergraduate degree from the University of Maryland, Robert H. Smith School of Business, and a graduate degree from Georgetown University, Masters in Finance.

(AK): What is your role in the Trump Administration and how long have you been involved? 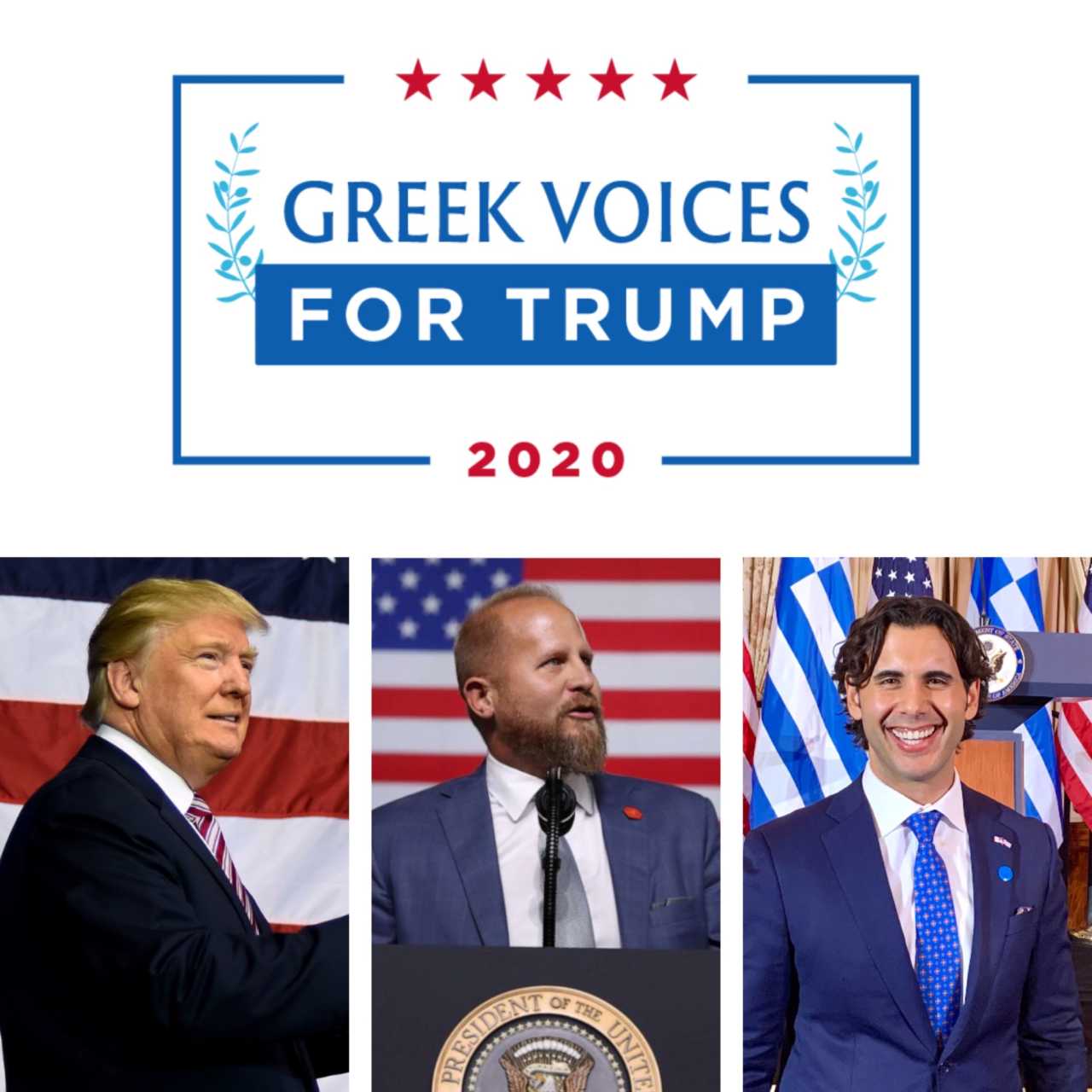 (AK): How did this idea come about?

(AK): Who is officially involved in this coalition?

(CM): Alongside myself and Co-Chair, Congressman Gus Bilirakis, we have several key members of the Greek-American community across the nation actively involved in ‘Greek Voices for Trump’. Major benefactors, influential members of our community and church, and thousands of Greeks across the nation have enthusiastically joined the ‘Greek Voices for Trump’. It’s truly a diverse group of proud Greek-Americans who want what’s best for this country. The intention for Greek Voices is to empower and unite our community so we welcome all Greek-Americans to join and be part of our movement to Keep America Great.

(AK): How important is the Greek-American community to the American economy?

(CM): Greek-Americans play such a significant role in our nation’s economy, workforce, and American society. The more than 3 million Greek-Americans around the country serve vital roles across all sectors and industries, including thousands of large and small businesses from major Fortune 500 CEOs to independent store owners, each contributing to our economic growth and prosperity. A significant number of Greek-Americans have started their own businesses, supporting themselves and their families, while also creating jobs for other Americans. We are a diverse community of professionals and are key contributors to the economies of communities throughout the nation.

(AK): Why should the Greek-American community vote to re-elect Trump?

(CM): President Trump established ‘Greek Voices for Trump’ to empower and unite the Greek-American community. Re-electing President Trump will enable continued economic opportunity, more jobs, lower taxes, safer communities, and a stronger America that embraces the principles of the American Dream. It provides increased cooperation with our allies throughout the world to promote global peace, stability, security, and prosperity, particularly in the Eastern Mediterranean region. We, the Greek American community, along with President Trump and his administration, cherish our democracy, Orthodox religion, and a strong economy for all people. I encourage all Greek-Americans to become involved with Greek Voices by visiting greek voices.donaltrump.com or texting “GREEK” to 88022. Thank you and Vote Trump in 2020!