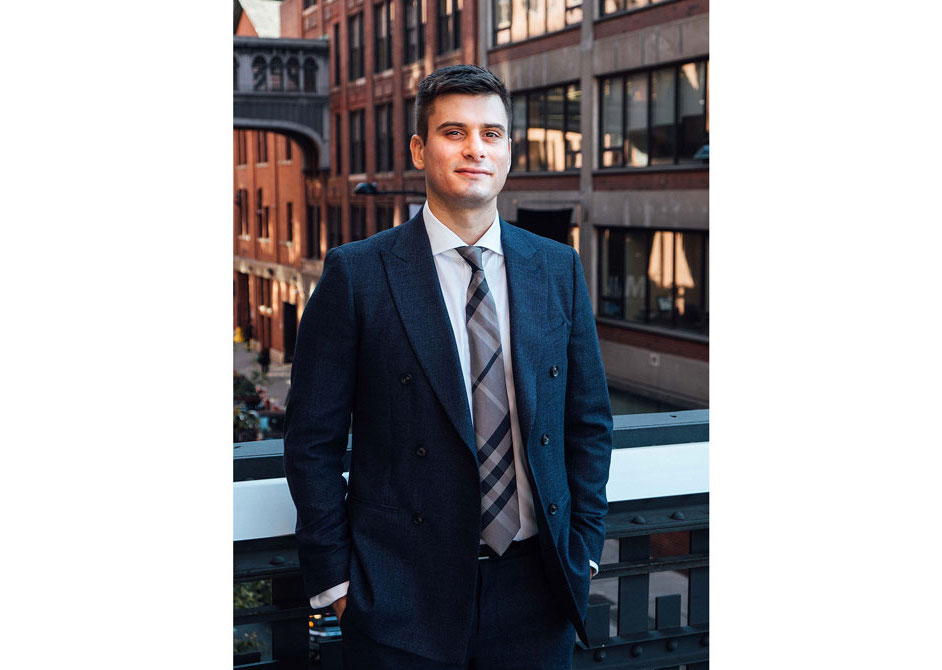 Aphrodite Kotrotsios, publisher of the Hellenic News of America, recently sat down with Greek American businessman George Valiotis, CEO of the New Jersey glass recycling company, Pace Glass Recycling.  Valiotis talked about the benefits of glass recycling for reducing energy consumption, natural resources and carbon emissions. He spoke enthusiastically about the potential growth of glass recycling here at home and world-wide, including in Greece.

AK: How did Pace Glass Recycling come about?

GV: “In 2013, my business partner and I decided to invest in Pace Glass Recycling, a small regional glass recycling company based in Jersey City, NJ. We invested a substantial amount of capital in the research and development of a “breakthrough process of recovering clean glass from a common waste stream generated in the US.”

AK: Where is Pace based?

GV: “Pace Glass has two facilities in Jersey City, NJ and is currently building the world’s largest and most technologically advanced glass recycling plant in the town of Andover, NJ.”

AK: In which direction do you believe the industry is going?

AK: What motivates you as a person and as a businessman/industrialist?

GV: “I am an entrepreneur and a builder at heart. I take joy in taking an underutilized piece of land or building and turning it into an actual company that makes a positive impact on the community. On a personal level, I like to push myself and test my actual limits. I know I risk failure with this approach, but hopefully the success will outweigh the risk of failure.”

AK: What makes your company the largest and most advanced glass recycling plant?

GV: “Pace’s proposed plant will have the capacity of over 1 million tons of recycled glass per year, nearly triple the capacity of the largest plant in existence today. It helps that our proposed plant is located in the densely populated Northeastern, USA, where there is enough feedstock to support such a large plant. This plant will be mostly autonomous and utilize breakthrough technological advances that have been in R & D for many years. Successfully building this facility is obviously a source of pride for our company.”

AK: How much glass waste does the US have a year?

GV: “There are national statistics that indicate roughly 10 to 12 million tons of glass waste is unjustly landfilled every year instead of being repurposed into glass cullet and fiberglass.”

AK: How much are you able to retrieve to remake it into common household and industrial products?

GV: “The cullet and fiberglass market cannot support that amount today, but it will be able to be positively absorbed soon.”

AK: Why is glass recycling so important?

GV: “Glass bottles and jars are 100 percent recyclable and can be recycled endlessly without any loss in purity or quality. Over a ton of natural resources are saved for every ton of glass recycled. Energy costs drop about 2-3 percent for every 10 percent cullet used in the manufacturing process.”

GV: “It takes less energy to melt recycled glass into molten liquid form than it does melting sand, limestone, soda-ash and the other raw ingredients used to make glass. The difference in temperature equates to a large reduction in energy costs and most importantly, the reduction of the carbon footprint associated with the creation of new glass products.”

AK: Are any expansion plans in the works?

GV: “Yes. We are planning on expanding to California, Illinois, Washington and perhaps North or South Carolina. We have an internal timeframe of 10 years to complete our expansion plans.”

AK: Where were you born and where did you grow up?

GV: “I was born and raised in Astoria, Queens.”

AK:  Where is your family from in Greece?

AK: How has your Hellenic heritage guided you to get to where you are today?

GV: “I have been immensely involved in the Greek American community my entire life. I have learned from my parents and other members in the Greek community to always be hard working, generous and as resourceful as possible to ensure that you are successful. But most importantly, I learned to always lend a helping hand to my fellow neighbors.”

AK: What do you think about the future of Hellenism in America?

GV: “I think that the older generation of Greek Americans has instilled the value of community in the next generation. A lot of Hellenic events now are skewed towards a younger crowd and that is a very promising indication of our future.”

AK: How can the Greek American Community benefit from the ideals of your company’s objectives?

GV: “Pace Glass turns common waste into a sellable product that saves landfill space, preserves natural resources and lowers the carbon emissions associated with the creation of new glass products. I hope that the Greek Community takes notice that there are opportunities everywhere, even in garbage. Although at times it feels like other people have capitalized on all the good ideas, or that the market will not be as favorable as it was to previous generations, there should always be a constant pursuit of new ideas!”

AK: Is there any ancient Greek technological precursor that coincided or advanced the establishment and development of the new venture?

GV: “I don’t believe ancient Greeks to have been wasteful people. My grandparent’s generation grew up in extreme hardship and poverty. This forced them to be innovative in how they utilized their limited resources. They often reused clothing, common packaging from supermarkets, or just about anything. They recycled or upcycled most of their personal items. Essentially, Pace Glass shares these core values with previous generations of Greeks.”

AK: With all the sand available in Greece, how perhaps could the Greeks develop a glass industry, perhaps like the Italians on St. George Island off Venice?

GV: “Although the general population of Greece is only roughly 10 million people, nearly half the nation’s population resides in Athens. There is a vast amount of precious recyclables currently being disposed of in landfills and this creates an opportunity for entrepreneurial Greek recycling startups. For the record, Greece’s recycling rate is one of the lowest in Europe, which means there is a lot of room for improvement.

“Greece currently still has a few bottle manufacturing plants in operation. As of recently, they’ve made great strides in increasing their domestic glass recycling rate by distributing more receptacles and spreading general awareness of recycling. I believe the Greek recycling market will grow substantially in the coming years.”