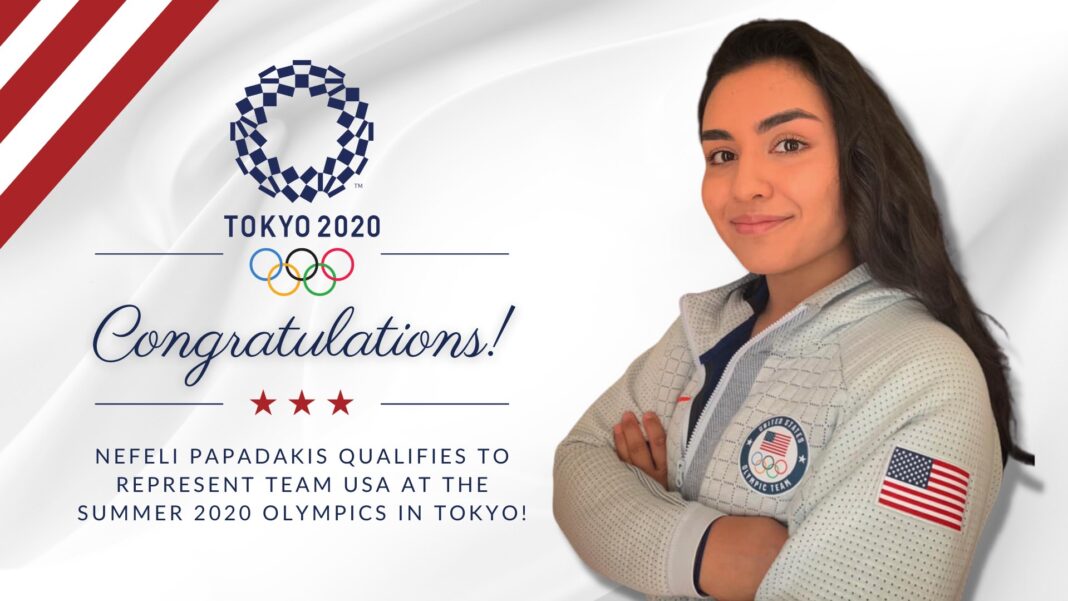 The Greek Orthodox Metropolis of Chicago congratulates Greek-American judoka, Nefeli Papadakis for qualifying to represent Team USA at the 2020 Olympic Games in Tokyo! Papadakis grew up in Gurnee, Illinois and is the daughter of Steve and Lilibeth Papadakis. She has been competing in judo since she was five years old.

When the United States Olympic & Paralympic Committee asked her who her role model was and why, Papadakis responded that her Yiayia and Papou are among them.

“They both were immigrants (to the USA) who didn’t grow up rich or entitled by any means. They came up from nothing and made the most with what they had and worked their butts off in the process. They taught me a bunch of lessons, but definitely instilled in me to always remember where I came from and to never give up on myself,” she expressed.

Papadakis has already traveled to 25 countries and says that Greece is her favorite and loves Greek food – especially souvlaki! Her most memorable competition was finishing fifth at the 2015 Cadet World Championships in Sarajevo, Bosnia and Herzegovina.

Join us in praying for the safety and success of Nefeli Papadakis, an athlete from within our Metropolis, as she competes in judo at the 2020 Summer Olympics that starts on Friday, July 23, 2021. Axios!